“That Was a Lot of Work for a Free Banana”

Five members of Pittsburgh Magazine's editorial staff share the surprises they encountered while running as a relay team in the Pittsburgh Marathon. 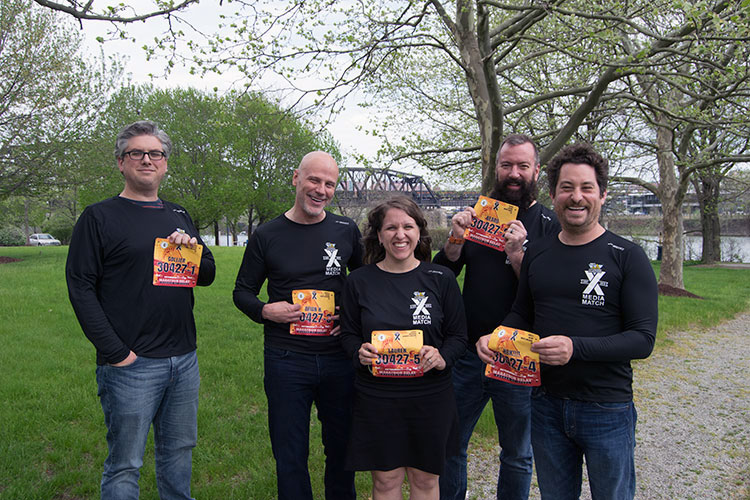 Running 26.2 miles is not for everyone. But like most things in life, a group effort can make the seemingly impossible, possible. With that mindset, five members of the Pittsburgh Magazine editorial staff set off Sunday morning to conquer the Dick’s Sporting Goods Pittsburgh Marathon, running the race as a relay team. A few hours later, medals in hand and post-racing stretching complete, they talked about the experience.

PM: What did you like most about the experience?
Hal: This was my first marathon experience, and I loved the entire day of the race. I ran the second leg of the relay and was lucky enough to catch the lead packs of runners as I was walking toward my starting point and they were moving at a breathtakingly faster pace than I’d assumed they would be so early in the race. The energy from the crowd was uplifting. I was fading a bit toward the end of my leg and a crew of people offering high-fives helped me pick up the pace again.

Brian: The warm and friendly people along the route reminded me why I love Pittsburgh so much.

Lauren: I loved the whole experience much more than I thought I would. I loved being a part of such a big, city event.

Sean: The atmosphere at the starting line can’t be described. Being among thousands of runners clogging the streets was an experience I never anticipated; I was thrilled to be there.

Chuck: That was a lot of work for a free banana, but it was the best banana I’ve ever had. 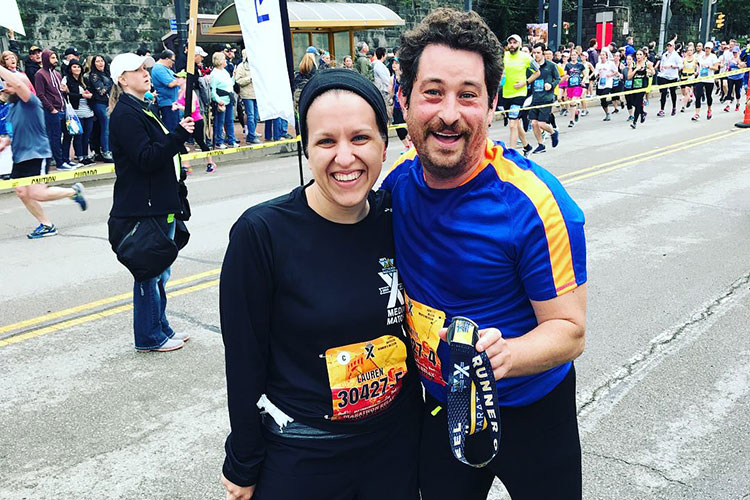 PM: What surprised you the most?
Lauren: How many people I met. Doing the relay I thought I’d be mostly solo, but I bonded with a woman I met walking down Grandview Avenue from our cars on Mt. Washington to our starting spot (which we both agreed was much farther of a walk than we anticipated). I bonded with another first timer on the T back to our starting points after the race.

Chuck: The amount of people cheering on the street.

Brian: The best surprise was when a friend stepped off the sidewalk and ran the last few miles to encourage me.

Sean: For me, everything went so quickly. It didn’t feel like being out on a normal run; it felt like I had barely started when I reached the exchange point. That’s not to say it wasn’t hard, of course! Rather, taking it all in made the time fly.

Hal: That I did it. I’m much better at the type of marathon where you travel to a new city and see how many meals you can fit in during the visit. 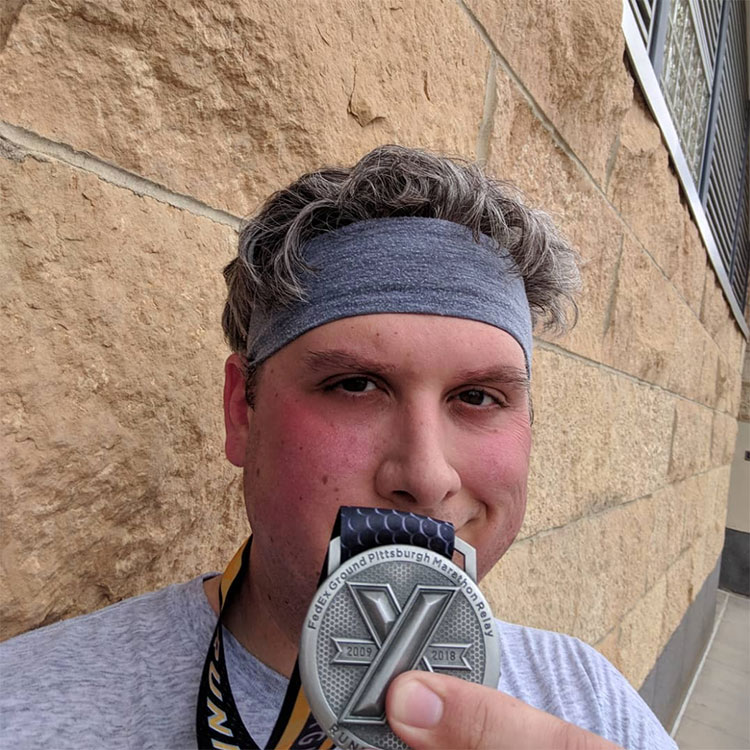 PM: Anything you’d do differently next time around?
Sean: I ran too quickly out of the gate; the excitement at the starting line gives you a great burst of energy, and for me, that meant not noticing that I was wearing myself out quickly. After a mile, I realized what a fast (for me) pace I was setting and knew I would wear myself out, so I started to slow down. I wish I would’ve been able to stay more consistent, but that’s a minor complaint.

Hal: I plan on being much more deliberate with my training next time so that I can run stronger and at a faster pace. Also, I plan on wearing a costume. The people who were dressed up looked like they were having a lot of fun.

Lauren: I would absolutely do it again, and while I don’t know if I’d change anything, I think I’ll have more confidence. Before race day, I wasn’t sure I’d make it all 6.4 miles, but now I know I can.

Brian: I’d get over my disdain for running in the snow in April and start training sooner.