Quincy's proposal was a surprise, coming in the midst of Thanksgiving dinner. 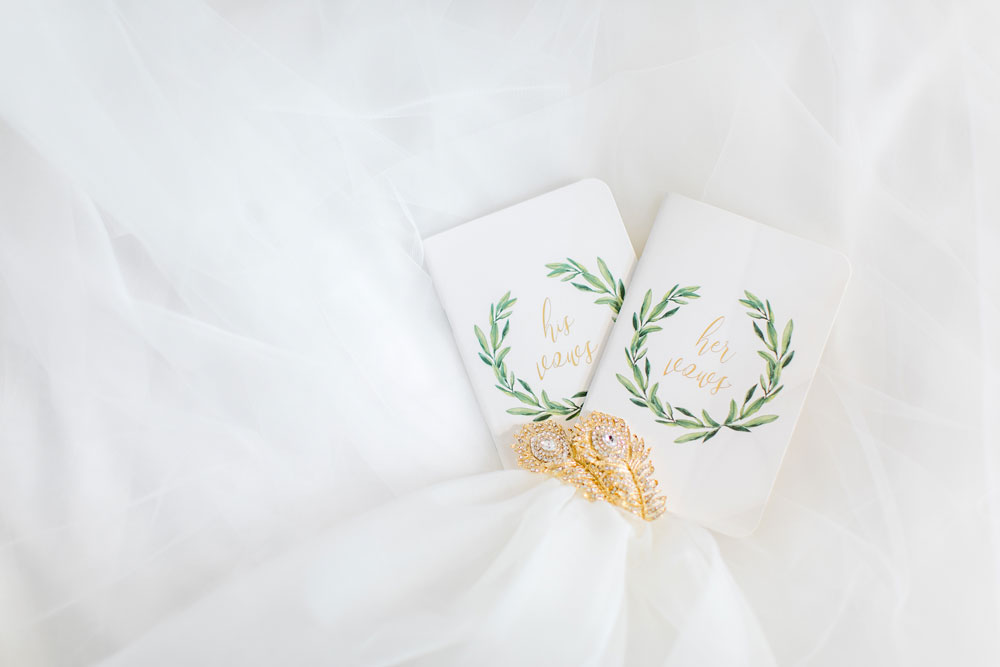 When Quincy Met Mecca.
Quincy McConnell was working as a radio morning show host for “The Wake Up Show with Anji and GQ” at WAMO in Pittsburgh in 2005 when Mecca Gamble visited for a week-long apprenticeship with the Frank Bolden Urban Journalism Workshop through the Pittsburgh Black Media Federation the summer before she began college. The pair immediately clicked, but remained just friends until 2011 — when their dating status was made official.

“We thought each other were very cool. We bonded over our T-Mobile Sidekicks that we had at the time. We just stayed in touch and bonded over music,” says Mecca. 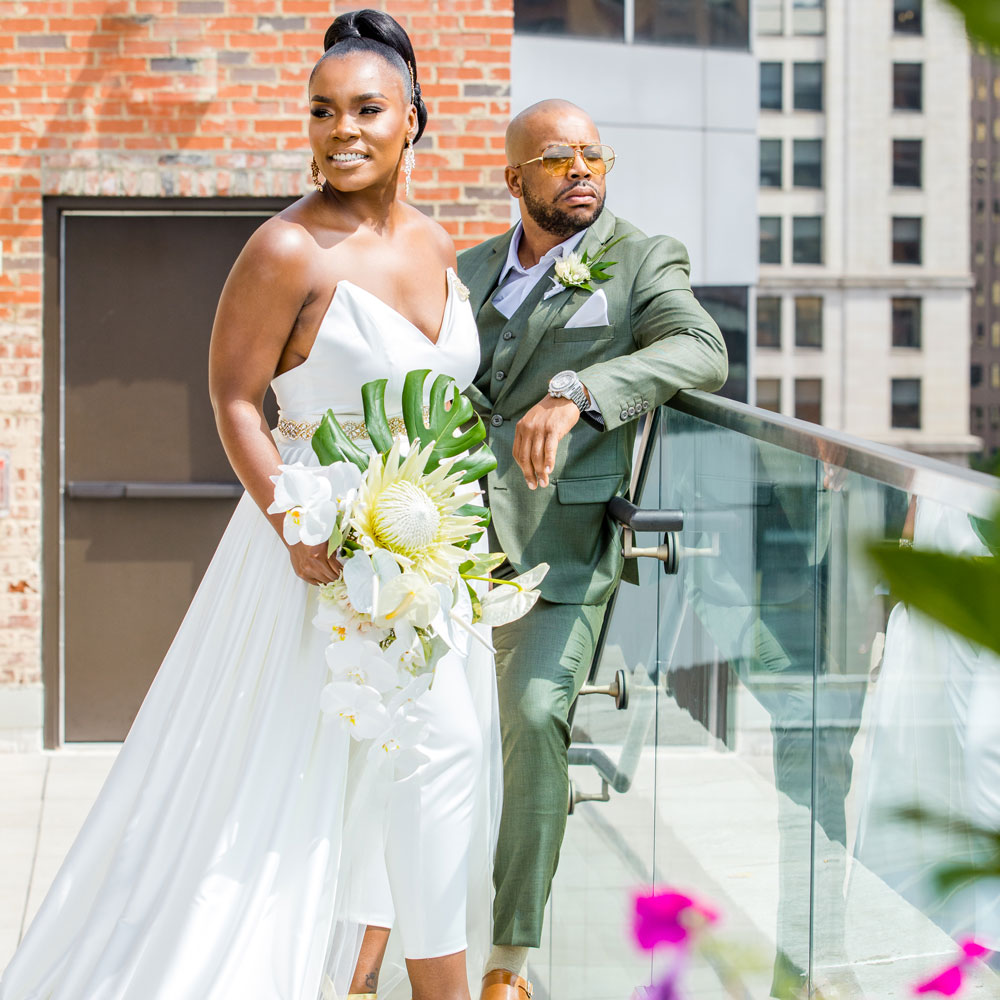 She Said Yes.
Years prior to their 2016 engagement, Quincy returned home from a day of shopping and showed Mecca a pair of diamond earrings he had bought. She didn’t know he also had an engagement ring, one he would hold on to until the two were settled in their careers and ready to commit to marriage.
The pair went to Mecca’s uncle’s house in North Carolina for Thanksgiving in 2016. Quincy had already received her father’s blessing by then, but he also wanted to ask her uncle for his.

“We were going around the table praying and saying what we were thankful for and since he got their approval, he started to say how thankful he was for me,” says Mecca. “I opened my eyes and he was down on one knee. I was so surprised and caught off guard that I did a running lap around the living room.” 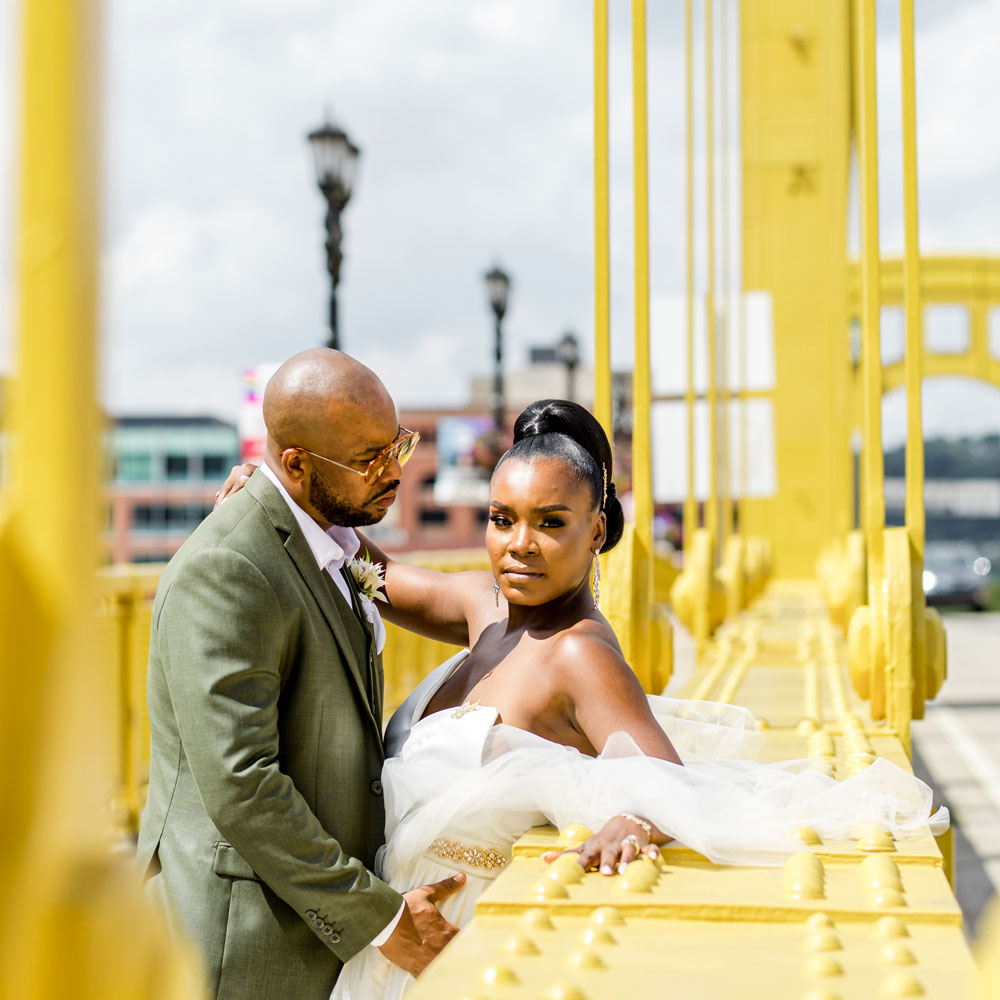 The Big Day.
Now living in Atlanta, Mecca and Quincy decided to return to Pittsburgh for their August morning wedding. Because they’ve both worked in the wedding industry, Mecca as a photographer and Quincy as a DJ, they knew right away they wanted to avoid the hassle of a big ceremony.

“Keeping it simple and incorporating what we love and inviting the dearest people to us were the most important during the planning,” says Mecca.

On a sunny Pittsburgh morning, Mecca and Quincy made their way to the Mount Washington Overlook where they were greeted by the smiles of their parents, siblings and closest friends. Mecca wore a custom jumpsuit with a long gown attached at the waist and a strapless top inspired by Carrie Bradshaw’s wedding dress from the “Sex and the City” movie. 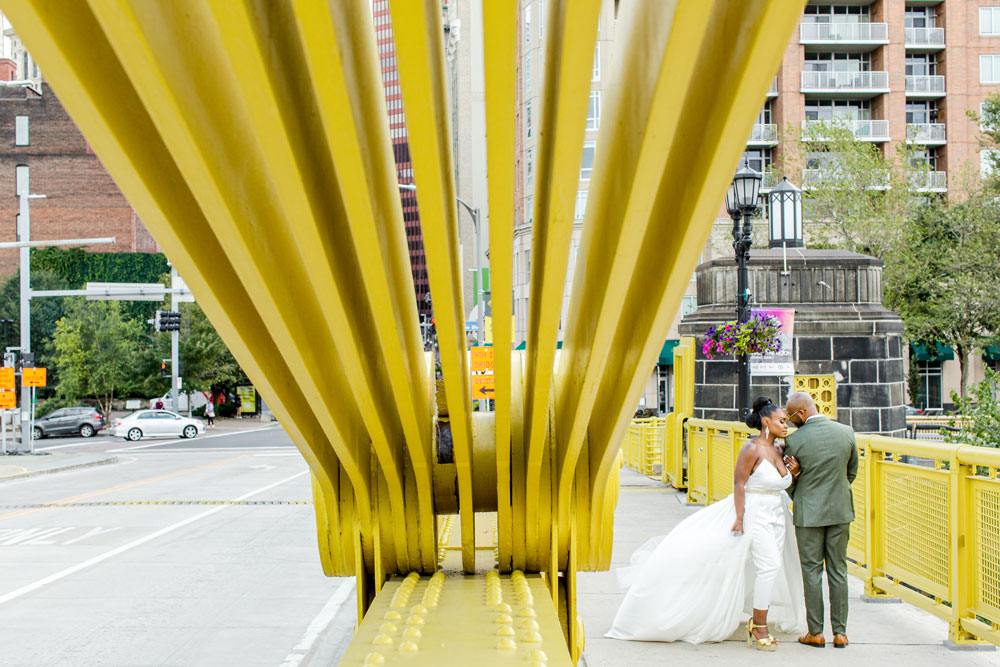 Happily Ever After.
Two months after their wedding, the newlyweds honeymooned in Jamaica for Mecca’s 32nd birthday. Quincy, 41, and Mecca are in the process of combining their event-industry-based businesses in Atlanta. 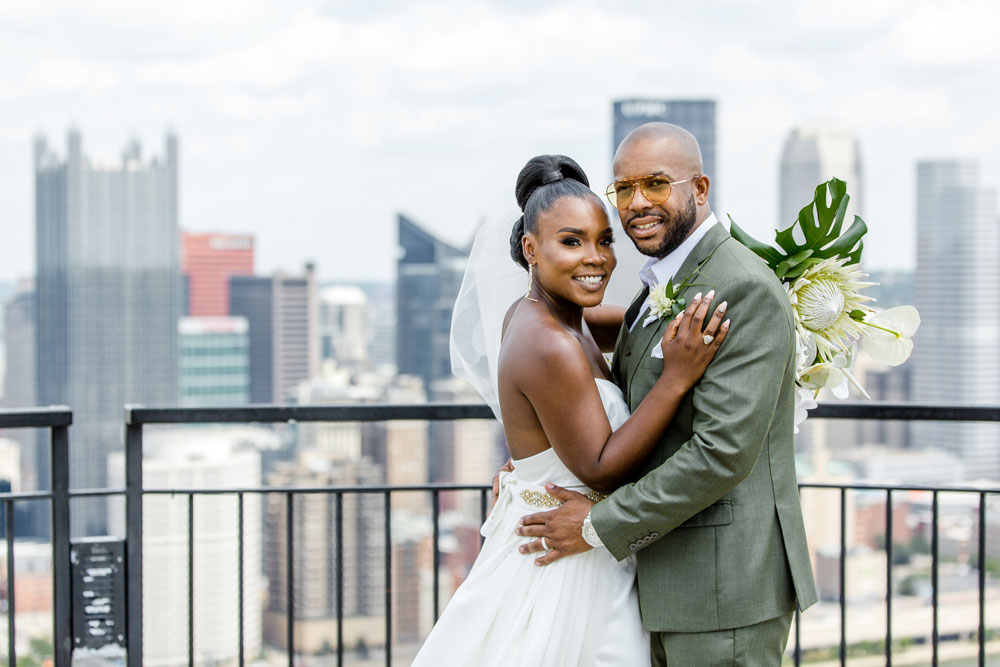