Locally-inspired Halloween costumes that you should, under absolutely no circumstances, attempt to wear. 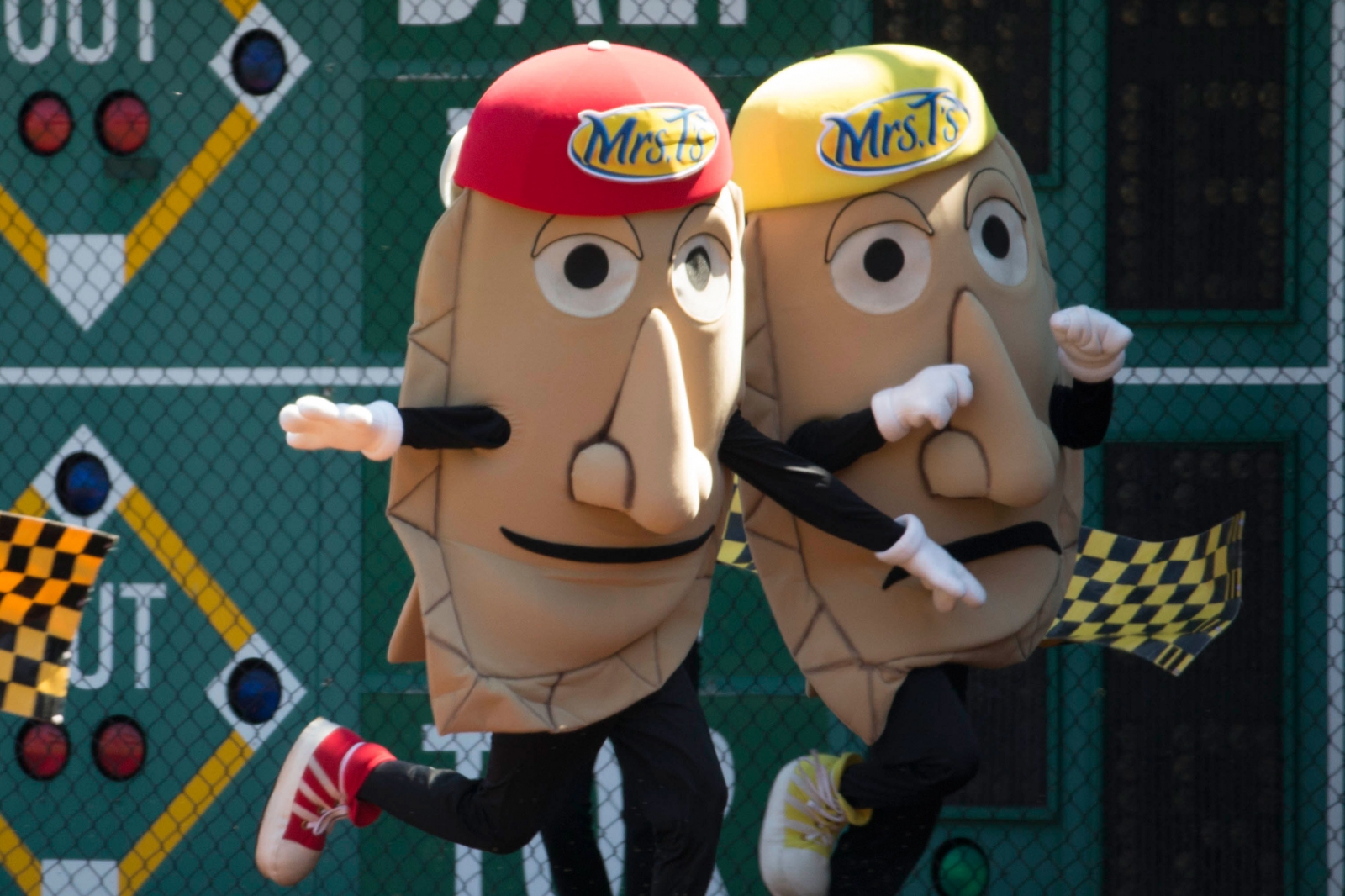 Adults can, and should, wear Halloween costumes. I understand that there is some ill-advised backlash against grown-up dress-up; some believe Halloween is strictly kids’ business. Well, I’ve looked into that matter, and my research has concluded that 100% of people who don’t think adults should wear Halloween costumes hate fun. They regard enjoying life as some form of moral failing. I assume they spend their few idle minutes sorting screws and bolts in a harshly lit basement.

As should be obvious by my dedicating this blog to Halloween-related topics from early September through … the next early September, I am decidedly pro-Halloween. However, I admit that — like many of you — I may no longer be able to keep on trend with Halloween costumes. I’m not abundantly clear on what a Fortnite is. My recent attempt at a Jughead Jones looked like a comic book character and not like a quiet, brooding teenager, as I learned is now the preference. I still consider dressing as “Animaniacs” characters to be a contemporary choice.

If you’re like me, you may instead opt for a “clever” Halloween idea. You may even decide to try and impress with a locally-inspired costume. These can work! But there are some pitfalls to avoid. Here are 10 Pittsburgh Halloween Costumes You Are Definitely Not Allowed to Wear.

Mister Rogers
We’re all happy that Fred is having a cultural moment. A documentary! Funko Pops! Tom Hanks! It’s great. We need more Mister Rogers in our lives. What we don’t need, however, is you throwing on a cardigan and casual shoes, stealing part of your child’s train set and calling it a completed costume. Also, I’m pretty sure that if someone dressed as Mister Rogers gets arrested on East Carson, Pittsburgh is cancelled.

Andy Warhol
Disqualified for laziness. Wearing black clothing and sunglasses you already own and stopping by a Spirit Halloween store to pick up a wig called “platinum glam witch” does not a costume make.

Any Individual Steelers Player
Sorry, this is also too lazy. Wearing your old Bettis jersey over yellow pants does not count as a costume. (Also: Why do you have yellow pants?) The only exception to this rule: If anyone asks why you missed a Halloween party, you have permission to reply, “My costume was Le’Veon Bell, so I didn’t show up.”

Any Pirate-Related Pun Costume
If you have to explain the costume, you failed. I know you think you came up with a stroke of genius when you exclaimed, “A ghost version of Andrew McCutchen and I’ll say I’m the Pirates’ Dead Hopes,” but you’re just going to depress everyone. And bore them. Don’t do this.

A Racing Pierogi​
Do you know what an off-brand pierogi costume looks like? An unbaked pie, that’s what it looks like. Don’t be an unbaked pie.

Primanti’s Sandwich
Long ago, Lady Gaga wore a meat dress. It was cool! This was the most recent occasion in which foodstuffs were effectively employed as clothing. (Don’t tell me what you got up to at that one frat party, I don’t want to hear about it.) I know, you’re going to use couch cushions for the bread and some easter grass for the coleslaw, but you’re not going to be able to resist the urge to incorporate real fries of a few slabs of capicola, and by the end of the night, that’s going to be ground into the rug. I’m willing to grant an exception, however, if you and a bunch of friends dress as individual ingredients, then immediately dogpile into sandwich formation when anyone asks what you are. That’s a solid move.

George Romero
You’re not going to pull it off in a way that looks convincing, and people are just going to think you didn’t wear a costume at all (and have weird glasses now). It won’t work.

Zombie George Romero
We all thought of this. You’re not clever.

Sexy George Romero
Get out.