The culmination of a decade-long project, the exhibition at Carnegie Museum of Art presents a comprehensive look at this local legend who chronicled and captured life in Pittsburgh and in the African-American community—often one shot at a time. 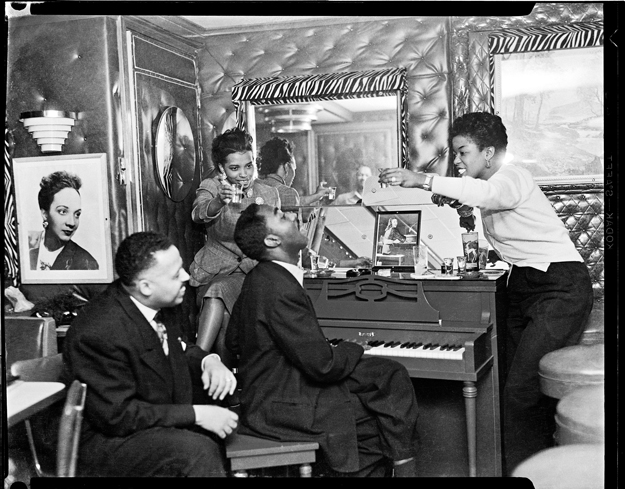 For a man nicknamed “Teenie,” he has become a larger-than-life cultural icon whose vision and achievement are now acknowledged and acclaimed, and will live on. For a man dubbed “One Shot” for his knack of often nailing his subject with just one click of his camera, Charles “Teenie” Harris has left us some 80,000 photographic negatives. (Imagine the tally if he had been a two-or three-shot legend.)

So be careful the next time you scold someone for being a “hoarder.” Thanks to Harris’ foresight in preserving his archive—especially back when the world at large might have thought it was unimportant—present and future generations have a detailed look at a vanished time and place.

Now, this resource is ready for its close-up. “Teenie Harris, Photographer: An American Story” premieres at the Carnegie Museum of Art with a detailed look at Harris (1908-1998) and his times via what’s called the most comprehensive exhibition of his work to date. This is more than an American story—it’s also a Pittsburgh story and an African-American story (possibly its largest single telling in photography anywhere).

Harris was born in the Hill District, where his family owned a hotel. A self-taught photographer, he bought a camera and began taking pictures. He received freelance assignments from Flash magazine and later opened a photography studio.

The bulk of Harris’ photographic legacy, though, originated in the 1930s through the 1970s, while he was working for The Pittsburgh Courier, a newspaper that serves the African-American community, not only in Pittsburgh but also nationwide. (To learn more, visit “America’s Best Weekly: A Century of The Pittsburgh Courier,” an exhibit running through June 2, 2012, at the Sen. John Heinz History Center: heinzhistorycenter.org.)

Louise Lippincott, curator of fine arts at the CMA, organized “An American Story” with the assistance of an advisory committee and lauds Harris’ “innate artistic ability in the way he composed his images.”

As Lippincott goes on to say, “His judicious choice of vantage point, attention to choreography and acquired knowledge of lighting all come to play in the thousands of pictures he made.

“Harris had great empathy with his subjects and a talent for storytelling. We hope that through this retrospective and traveling exhibition, Harris will be established in the canons of art, history and photography.”

The story of this exhibition basically began in 2001, when the CMA purchased the Teenie Harris archive (although the museum already did own some of his photos and included a sampling in its “Pittsburgh Revealed” show in 1997). However, few of the nearly 80,000 negatives—almost 60,000 have been scanned so far—were titled and dated. (The scanned images are now available at a CMA online collection database: cmoa.org/teenie.)

In addition, through outreach efforts, special events and lectures, plus three Teenie Harris Archive Project shows, the museum reached out to the public for help in identifying details such as people, places and events in the photos.

What you’ll experience at “Teenie Harris, Photographer: An American Story” is a multidimensional, multimedia event comprising several sections devoted to various aspects of his work. An “Artist at Work” section will examine Harris’ technical skill and display how newspapers cropped and edited his photos to tell a story.

What you’ll see are numerous scenes capturing everyday life: baptisms (including one in the Allegheny River), weddings and funerals. There’s work, worship and relaxation; happiness and fun, sadness and tragedy. There are festive parades and marches for civil rights and black equality. There are views of old Pittsburgh—the skyline often looming like Emerald City beyond the steep streets of the Hill District. 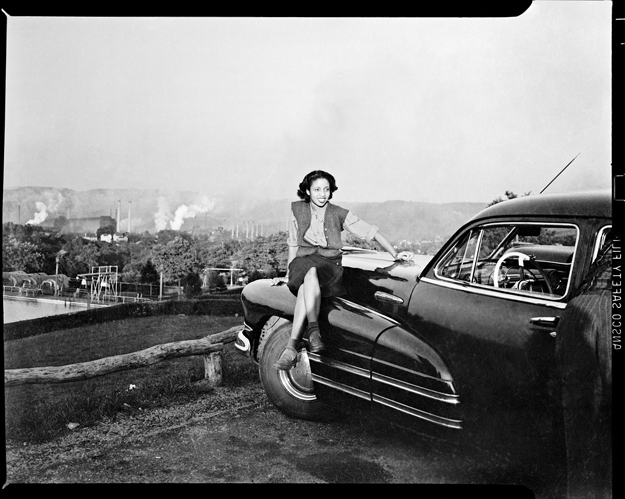 There’s also former Pittsburgh mayor David L. Lawrence, who gave Harris his “One Shot” moniker; ironically, Lawrence was an architect of Renaissance I, which would  eventually deal a devastating blow to the Lower Hill District.

If you think photography shows are about modest-sized images (although those will be on view, too), look again. Life-sized digital projections on gallery walls will showcase 1,000 images. If you think photography shows are about silence, you’ll be surprised. Listen for an original jazz-score background music produced by MCG Jazz. Or take an audio guide tour, and hear stories and memories about Harris from those who knew him.

In conjunction with the CMA show, the University of Pittsburgh Press, in cooperation with Carnegie Museum of Art, will release a new book, Teenie Harris, Photographer. Image, Memory, History, written by Cheryl Finley, Laurence A. Glasco and Joe W. Trotter.

“Teenie Harris, Photographer: An American Story” premieres at a time when demolition of the Civic Arena is occurring. Harris documented its construction. If he were here today, he’d probably capture its demise. Unanswered question: Would he take just one shot?

This article appears in the November 2011 issue of Pittsburgh Magazine.
Categories: Arts & Entertainment, Things To Do