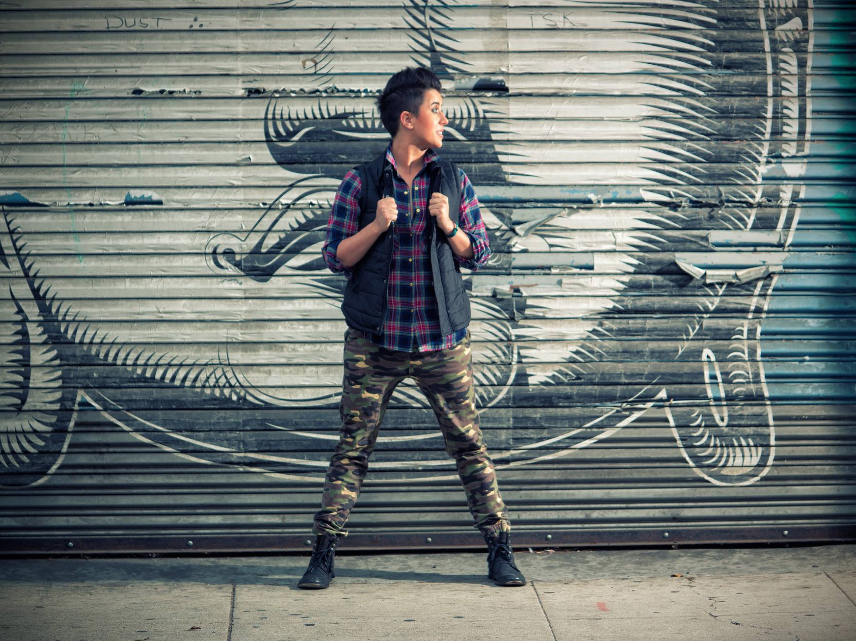 Lianna Carrera, who will perform two shows tomorrow at Arcade Comedy Theater, is what you might call a “conversational comic.” As the lesbian daughter of a Southern Baptist preacher and a deaf mother, as well as the sister of two deaf brothers and a former-NFL-cheerleader sister, Carrera always is looking for the humor that might bring together seemingly disparate groups. Whether recreating conversations with her uniquely fun family, reveling in the antics of long-ago days at “Jesus Camp” and her all-female college, or dishing about the travails of dating in Los Angeles, Carrera will make you think — and laugh.

She took time from writing, traveling and performing to talk to After Dark about the importance of family, knowing a little bit about where you’re performing and getting started as a stand-up comic. 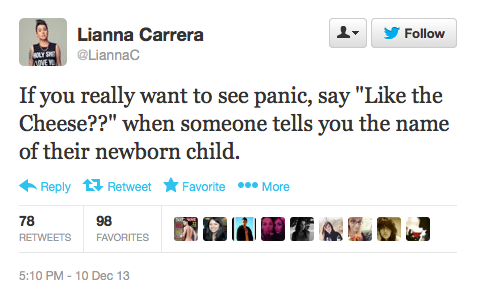 On a scale of one to fries on your sandwich, how excited are you to visit Pittsburgh?
I’ve never been, but I have some really good friends who live in the city, and it’ll be great to finally see Pittsburgh. What a cool opportunity to get up there; Arcade is bringing in really great shows.

What made you decide to move to LA instead of New York or Chicago — since you already were in Chicago to study at Second City?
Los Angeles is the hub of entertainment for television and film. I know that I want to break through nationally through television so that when I tour, I can do more theaters and larger venues. That’s more my goal. Think about what Chelsea Handler’s done for her career — she got this great, nationally syndicated show, and now she takes her comics around and performs at performing-arts centers and theaters.

What’s your family’s take on your career and playing such a big role in what you have to say?
It almost takes a family to pursue something like this. If I didn’t have … to give a report on how things are going [every time I call home or] if my dad [were] like, “I’m sorry, you should quit,” things would be really difficult. My parents are very supportive. They’ve always instilled in all of [us] kids a strong inner voice and how to listen to it. My dad would never ask me to do something that’s not authentic. If I called him and told him, “Hey I’m quitting,” he would probably grill me to make sure it was actually [what I] wanted to do.

My mom, she laughs. She laughs. And that’s the goal. If I make fun of something or somebody and they’re in it, they better be laughing — or else, it’s either too easy or not authentic. If I’m talking about Jesus Camp, then everybody who went to Jesus Camp, whether they grew up and continued to have a strong faith or became an atheist — I want everyone in that room who went to Jesus Camp to still be able to laugh at that experience.

Because I’m very much in the middle of all these cultures, it makes me have to think twice about everything I say. While some comics get away with scapegoating, easy jokes, I’m very sensitive to all of the communities that I’m making a commentary on. I won’t make a joke about evangelical Christianity without being willing to sit down with my family or my friends to have a conversation and be able to defend what I have to say about it — that’s the responsibility. I think everyone is doing the best they can from their level of awareness. I really do believe their level of awareness will evolve; we’re all evolving. So what are the underpinnings of why we’re laughing? That’s where the conversation starts. 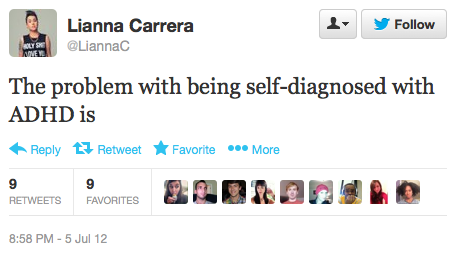 What’s your favorite story from the road?
When I went to South Africa … It was being in there and not realizing that being an openly gay woman would be an issue. Like, with my comedy, I didn’t realize that. So having to get onstage and then being met with nothing but silent stares and smiles — and [me] not understanding why nothing was hitting. When I walked offstage, an African comic came up to me and said I was brave and I was like, “Why?” He was like, “There aren’t many women comedians right now and definitely not many lesbian comedians.” Corrective rape is still a thing. So I was up there on stage joking about partners and going on dates, not changing pronouns, and, if anyone were to laugh, they would be thought to be a lesbian, and their lives could be in danger because of it. That’s not a fun story from the road, but that’s a real story from the road. I went back to my room that night and rewrote my whole set from the ground up — an [entirely] new hour specifically for the audiences in Africa. I talked a lot about Oprah, Obama, anything I could think of that was mutually amicable and fun.

What’s the toughest lesson you’ve had to learn as a new comic?
There’s so many lessons that you keep learning. It takes time to grow into your voice. It’s a skill set that has to be nurtured. It’s just like conditioning or exercising or playing scales. The more you nurture it, the more comfortable you get onstage, the more you surprise yourself, the more playful you get. And a better conductor you are of the experience. In the beginning, the experience has you. I think you’re up there, you’re a deer in the headlights, you get out your jokes, people laugh, and you’re like, “Wow, that was a great experience.” It’s almost like you went on a rollercoaster ride you had no control over. As the years go by — and now that I’m sort of coming into my own voice and really finessing my skill set, I realize it is my baby to orchestrate from the beginning to the end. That I can take a breath when I need to take a breath. That I can pause and look at the audience. I can pause and look at the audience for 15, 20 seconds — or not. Or I can do another riff or another set. It’s really fun to work with the audience to orchestrate an experience for everybody. I think that was the biggest lesson I learned — that the audience doesn’t know what to expect, so you’re not under any pressure to stick to a running order. When I first started, I was like, “What if I forget? What if I mess up?” It was all about me. It’s so easy to get stuck up in your head like that. You have to let go in the moment, take a breath, have fun. Once it becomes more about those things, I think that’s when you know you’re coming into your own as a comic.

Lastly, I’m contractually obligated to ask who your comedic inspirations are.
I didn’t get a lot of exposure to pop culture or comedians growing up. My dad, being a Southern Baptist minister — I would see other Southern Baptist ministers. If you’ve ever seen a Southern Baptist minister onstage, they do a really great job of hooking you and making you think and making you laugh. They make you pause; they make you confused. There’s a rhythm to the way they preach. I think I carry a similar rhythm in my stand-up. My goal isn’t just to make everyone laugh hysterically. Why not have an awkward moment together? I want people to be like, “Did she mean to offend half the room?” … As an adult comic, I love Patton Oswalt. I think he’s brilliant; I can’t get enough of him. I love Tina Fey. I love the sarcasm, the brains, the gears she has in her work. Jen Kirkman. Tig Notaro. And the people I get to laugh at every day at the clubs I’m at.