Talk of the Tahn: The Consequences of Trespassing

I snuck into a steel mill. Bethlehem, Pa. I’d been bragging about how big Pittsburgh’s industrial ruins were when a woman in a bar told me, “Bethlehem’s are bigger.” Size matters. 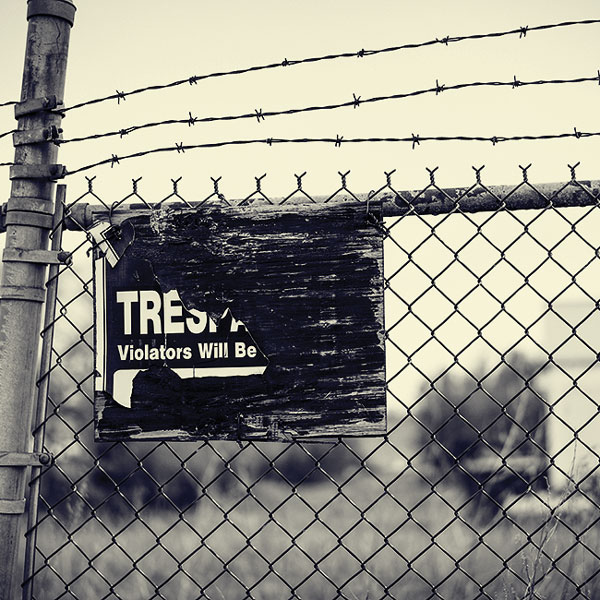 I remember like it was yesterday, my friend Keith telling me his phone got emails. Showing me. Back of his car, on the way to lunch, West Hollywood, Feb. 2, in the early ’Aughts — ’cause I said out loud,  “It’s the day Sid Vicious died,” and he said, “Who? Look man … pictures too!! Out of thin air!”

Historians should mark the years with AS or BS — After Smartphone or Before Smartphone. Though some will argue the avalanche of BS started after.

I was arrested once without a phone. One of those BS years when you didn’t carry the damn thing everywhere, as if it was a box of hope about to ring and give you a prize, before leaving it at home became a reason for lunacy.

I snuck into a steel mill. Bethlehem, Pa. I’d been bragging about how big Pittsburgh’s industrial ruins were when a woman in a bar told me, “Bethlehem’s are bigger.” Size matters. So, driving home from NYC, I pulled off Interstate 78, parked on Main Street by the old HQ and walked in.

There were signs. “Trespassing.” “Prosecuted to the full extent of the law.” The usual crap hung by folks with too many lawyers. There was a long avenue, brand-new, wide open and fenceless — I learned later they were trying to build a casino inside the place — and I thought, “If you don’t want me to enter, don’t build me a driveway.”

She was right. It was bigger. It was overwhelming. An entire integrated mill, intact. Like I’d found the Titanic at the bottom of the sea and the dining-room table was still set. The sun was shining and there was no wind, but it was freezing, a brutal winter’s day. The steel, if you caught a toe or touched the side of an ascending 90-foot blast furnace, felt like it was going to suck the blood out of you. It needed life, and the last living, breathing worker had left 10 years before. Bethlehem Steel had held out years longer than Pittsburgh, but the wolf finally came.

The cops came out of nowhere. A jeep swung around the tracks, had me dead to rights, I thought of Sting, “A gentleman will walk but never run.” I thought of Tom Reagan in “Miller’s Crossing,” “Nothing’ more foolish than a man chasin’ his hat.” I thought, it’s company security, they’re just gonna shout and toss me out. In five minutes, I was cuffed and sitting in a trailer.

There were two guys. The Captain wanted to use the full extent of the law of Bethlehem, and the Sergeant was none too happy, either. I knew there was trouble when the Captain asked if I wanted to use my phone call. “You can’t use a cell phone though, got it?” and slammed the door. The Sergeant sat there rubbing his face, flipping my driver’s license around in his other hand. I was worried. Then he asked me, “Where in Pittsburgh?” I thought…Oh, please, don’t be from Lebo.

We’d played baseball in the same park in Edgewood. He’d gone to Mr. D’s barber shop. He’d shopped at the “milk store” with his mom in Swissvale’s minimall behind St. A’s. His dad had worked at Union Switch, brought home destroyers from the Triangle. We were from the same place, 20 years apart.

A favor was cashed in, and five minutes later I was walking toward my car, the Captain telling me he never wanted to see me in Bethlehem again and the Sarge saying, “Just don’t frickin’ do something like this in February, dope. Jeep’s got no heat.” He laughed. He looked me in the eyes, and I realized, he’d worked here. The mill he’d left home to work for, he now stood guard for in a trailer. What he hadn’t seen in 25 years, I saw nearly everyday. I wondered how often he got back. The guys who left the burning boat that was Pittsburgh in the ’70s and ’80s, who had to leave to stay alive, who look back now and see somehow, by some miracle they’d missed, it stayed afloat.

This article appears in the February 2017 issue of Pittsburgh Magazine.
Categories: From the Magazine, Hot Reads, Perspectives