Talk of the Tahn: Pittsburgh Symphony Has More Talent than Steelers

Maybe the Steelers have a few more big stars, but as a group, the PSO is one of the best in … the world. And when I say, the world, I mean, The Whole World. American football is big. Music is bigger. 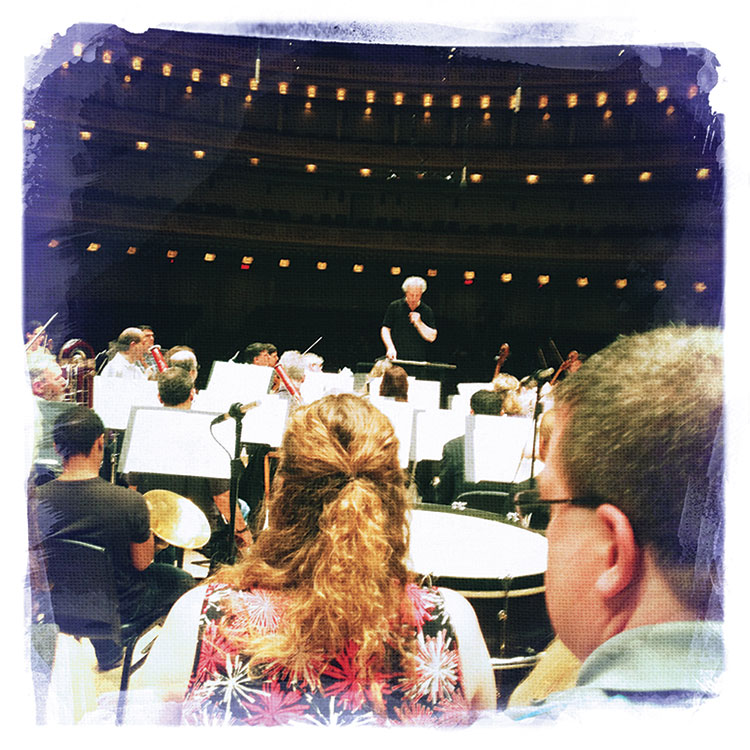 Not on the field of course, and probably not in a democratic popular vote. (Or even an electoral one.) But worldwide, if it came down to a competition to determine who has the most talented players, the best in their field? The symphony would edge out the Black and Gold.

OK, Ben, Antonio and Le’Veon might be top 10 in their fields, but Randolph Kelly the viola player, Anne Martindale Williams on cello, and harpist Gretchen Van Hoesen were top prospects and now are seasoned veterans.

Maybe the Steelers have a few more big stars, but if there really is no “I” in “team,” there isn’t one in “symphony,” either. As a group, as a band (as the musicians call themselves when they’ve had a couple of drinks) the PSO is one of the best in … the world. And when I say, the world, I mean, The Whole World. American football is big. Music is bigger.

This from a diehard Steelers fan who heckles Dallas and Brady jersey-wearers in any airport, who doesn’t know a dime defense from a nickelback but who’ll defend Pittsburgh sports to the point of bloodshed. Remember … we Americans are the only ones who play what we call “football.” Just us.

There are a lot of people in Tokyo and Berlin and Delhi and Christchurch, New Zealand, who’d probably shrug if you told them about an Immaculate Reception, but who very well might own several recordings of the PSO playing Brahms or Stravinsky or Gershwin. Why should you care?

Because the PSO musicians live here, and they’re the best at what they do. Like Harrison rushing a passer, like a Homewood carpenter who’s been finishing furniture for 40 years, they are THAT good when they put bow to string. And many of them, 90-some strong, teach. Your kids, your students, your friends. Right here in Pittsburgh.

I’m not asking anyone to cry “Eureka!” or to throw out their Springsteen or Garth Brooks albums and rush to Heinz Hall, but recently various powers that be have tried to weaken the union of the symphony. Imagine if the Steelers went down to a 35-man roster. They’d get killed. They would no longer be excellent. We’d be ashamed.

Same thing with the PSO.

Empathy. Common sense. Solidarity. Let’s use ’em as we would when they cut your mom’s 401k, or your grandfather’s pension or your kid’s scholarship offer.

I’m not asking you to become a Mozart fan or pay taxes to the symphony (as you do for the Steelers’ stadium). I’m simply saying: Be a Pittsburgher. Respect talent and effort.

Know we have a great band right here in our “mid-size city,” as good if not better than the New York Phil or the Chicago Symphony Orchestra or the Vienna Philharmonic Orchestra, and at a minimum salary of nearly 100 Gs a player — as compared to 2.5 mil or more for some of the Steelers — we got a pretty good bargain.

Bosses selling commodities and widgets, I suppose, can cut away at the ranks of their own employees and their own corporate costs, but don’t try that with the PSO. They call it a “nonprofit” for a reason. What it gives to us all, whether we know it or not, cannot be measured.

This article appears in the March 2017 issue of Pittsburgh Magazine.
Categories: From the Magazine, Perspectives