Talk of the Tahn: Memories of Holidays Past in the 'Burgh

How many prodigal sons and daughters have come back to Pittsburgh for the holidays and found that sometimes, in the best sense, nothing’s changed. 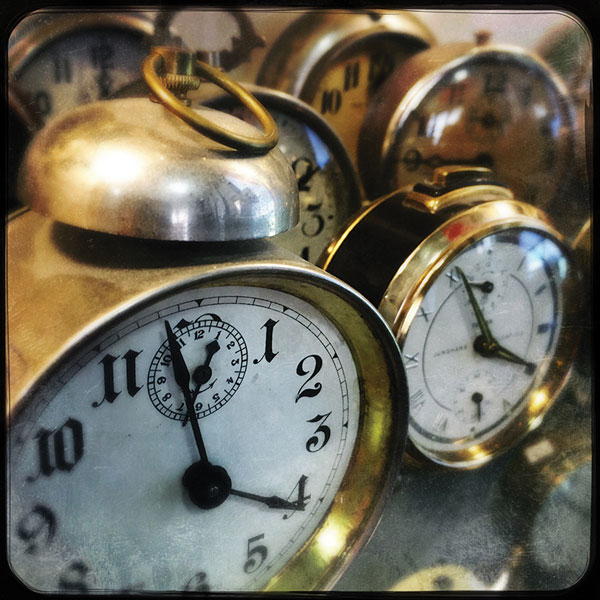 No one tells you Christmas specials are filmed in October. (Heck, Hallmark shoots theirs in July.)

I won’t admit this article was written in August. It’d be weird. Don’t change the temperature in the commercial water. Don’t water down the sell. It’s the holidays. Don’t break the spell!

But the truth, folks, is that I write to you from the distant past. And from somewhat warmer weather. (Sorry ‘bout that.)

Xmas catalogues have yet to arrive. School hasn’t started.

Oakland, I imagine, is empty of Pitt students. OK, that’s never true, but …

I don’t even know if the Steelers won the opener. Was there ever such a time?

To be honest, it’s hot as Hell today, as I type, under the Southern California sun.

And yesterday, I rode my bike past palm-treed homes that sat across the street from a snazzy and exclusive golf course, the sea air blowing back the heat. All was promised-land peachy, picture-perfect eternal-summer salesmanship rushing by, but for some reason I began to think about the holiday parties my parents took me to as a boy. Back East, as the Californians say.

Crunching up the ice of a stranger’s driveway in awkward dress shoes, the taking and the hanging of the coats, the jackets the men wore, the smell of candles and the heat of a fire, food that didn’t taste like what my parents made, a dog that wasn’t mine I could play with, women and the sweetness that followed them.

Why do these things stay in the mind for decades? What is it about being welcomed? About being taken into another’s home?

When I think of the holidays — let’s say Halloween in Pittsburgh, which you’ve just experienced and I can’t even see on the horizon — I don’t think of costumes and candy, of parents trying to rewrite their childhoods, of cops and curfews. I think simply of doors being opened by … everyone … and then everyone being given a gift. A thing of sweetness. The collective agreement that we should let the kids stay out a little longer in the autumn dark and celebrate.

Annie Dillard said the last thing she’ll remember before they pack her off will be the shape and feel of Pittsburgh. The body of her home.

How much more aware of this are we when, for three months from Halloween to the New Year, we travel through the hills and hollows of Pittsburgh, going path to path from our home to the homes of friends and family. Their windows glowing. It’s warm in there. They’ve cooked a meal for us.

Yes, the season can be an oppressive, over-scheduled nightmare, with the same family arguments trotted out once more and wagered on, but … at its heart, and in the heart of this city, don’t we during the holidays incline toward some better basic truths?

This is something for which I give thanks. That where I grew up and where I call home, we leave the light on. And how many prodigal sons and daughters have come back to Pittsburgh for the holidays and found that sometimes, in the best sense, nothing’s changed.

This article appears in the November 2016 issue of Pittsburgh Magazine.
Categories: Collier’s Weekly, From the Magazine, Hot Reads