Talk of The Tahn: City of Beer

There are plans afoot for a international museum of beer to be built and staffed right here in Pittsburgh. 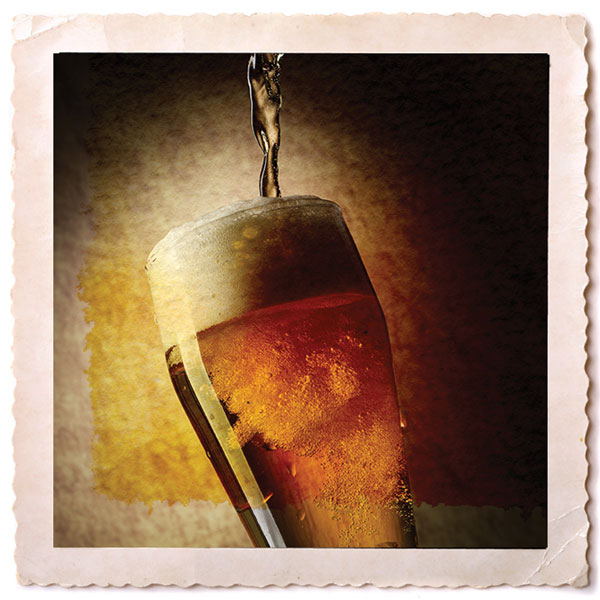 For no good reason anyone can explain, the Rock & Roll Hall of Fame is in Cleveland.

When you hear spoken the proper name of the Mistake by the Lake, you might think of a lot of things: Irish mobsters being blown up in parking lots, rivers on fire and, until recently, complete athletic failure — but Rock and Roll?

To quote Chrissie Hynde, an Ohio native and one of rock’s great lyricists: “My city had been pulled down. Reduced to parking spaces. Ay, oh way to go, Ohio.”

But, when you think of beer … well, you can pretty much think of any city in America. But for good reason, Pittsburgh comes to mind, high on the list of quaffing capitals.

We drink a lot of beer. We always have. Many of our neighborhoods brag they’re home to the most bars per capita in the nation. Or were.

Anyhow — there are plans afoot for a international museum of beer to be built and staffed right here in Pittsburgh. Brew: The Museum of Beer (BrewMuseum.com) aims to tell the 10,000-year-old story in a destination complex envisioned as comparable in size and scope to the Rock & Roll Hall of Fame. 50,000 square feet of beer glory and beer history.

200 beer employees. Beer lovers from all across the nation coming to us, like chocolate freaks to Hershey, for beer summits, beer research, beer school, beer weddings and beer camp. The place will give new meaning to trickle-down theory.

Beer, beer, beer. What’s not to like? Humans ceased their nomadic wanderings to grow a steady supply of grain. To make beer (and bread). The toiling masses who built the pyramids were paid in an early version of company script. Which they exchanged for beer. In the Middle Ages, if you wanted to avoid the bubonic plague or cholera, you didn’t drink water, you drank beer. And after being a pious little citizen on Sunday, after Mass you’d get something nice from Father Theodoric: Beer. The Pilgrims landed at Plymouth Rock because if they’d gone all the way to Virginia, they’d have run out of beer.

A nation founded on beer.

In America, in the middle of the 19th century, there were thousands and thousands of independent breweries. (“Drink local” ain’t new.)

By the middle of the 20th century, there were Bud, Pabst and Miller controlling half of the market.

This is why the museum should be in Pittsburgh.

As the Industrial Revolution achieved its dizzying heights of power and wealth, what people ate and bought and drank and even lived in became just another thing that came off the assembly line. As went the country, so went beer. Mass marketing for the masses. Price per unit. Mergers, buyouts, homogenization, “take care of the costs and the profits will take care of themselves.” Sadly, this took care of the flavor as well.

As we became the American empire, 4,000 local tastes and styles and malts and porters and ales became … Bud.

And nowhere in America did the footprint of Industry fall more heavily than right here at home. Pittsburgh.

But wheels turn and local breweries have returned with a vengeance, with 70 thriving or under development right now in western Pennsylvania — 22 in Allegheny County. Independent breweries now account for 12 percent of the national market, and the Indie beer business is growing at 17 percent each year. Wall Street forecasters think it could garner 50 percent of the market.

The scales of beer justice righted once more. The story told. Right here at home.

So as the fall season sets upon you and beer hour gets earlier and earlier, tell your congressman, tell Rich Fitzgerald and tell the Mayor, over a beer, that you wouldn’t mind one more museum coming to Pittsburgh. One that might be able to pay for itself, pint after pint.

This article appears in the September 2016 issue of Pittsburgh Magazine.
Categories: From the Magazine, Hot Reads, Perspectives