Figuring out who to invite — and not to invite — to your wedding can be tough. To make those hard decisions a little easier, we asked experienced wedding planners for their advice. 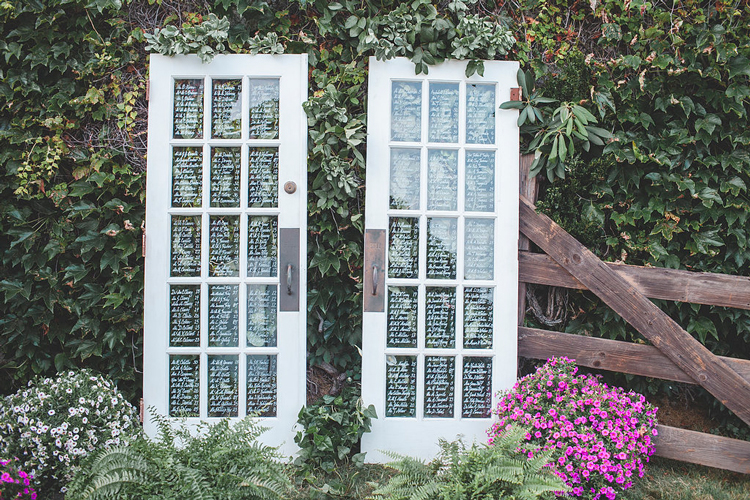 photo by Tim Will Photography

Crafting a guest list might be one of the least-enjoyable wedding planning tasks. Because of cost and space limitations, most brides can’t invite everyone they’d like to include, and that leads to making tricky decisions. How do you strike a balance between maintaining an affordable number of guests while avoiding hurt feelings?

To help us solve the guest-list puzzle, we called in two planning experts with 53 years of experience between them for answers to common questions. 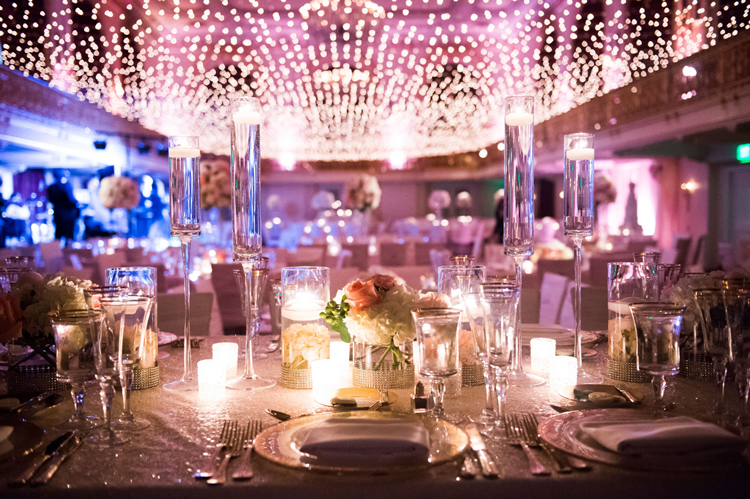 Must I invite my whole office if I invite some coworkers? What if they threw a shower for me?
“It is important to stay focused on who you really want there with you on your special day, and only some of your coworkers may make that qualification,” says Sheila Weiner of the Event Group. If uninvited coworkers throw an in-office shower for you, it’s probably safe to assume that they understand they aren’t invited and want to celebrate with you, she says. “Make sure to write each team member a graciously written thank-you note, conveying your gratitude for planning such a thoughtful and special moment.”

“You can’t invite the whole office, because with most of the venues, you’re limited on space,” agrees Natalie Berger of Natalie’s Bridal Consultant and Party Planner.

She recommends a cocktail party-type get together before or after the wedding, similar to an engagement party. This gives the people in your life who may not have been invited to the wedding a chance to celebrate with you and meet your spouse-to-be in a more casual setting. With these types of parties, everyone who attends understands that they may not be invited to the actual ceremony, and that’s OK. 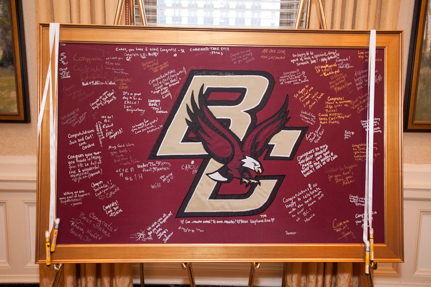 Do extended family members get an automatic invitation even if I haven’t seen them in years?
“I have a rule of thumb when someone asks me this question,” says Berger. “I almost think that, if you think of them, you should send the invitation and put the ball in their court.” That’s assuming, of course, that you have the space and budget to accommodate these relatives, Berger believes there’s probably a reason why these people came into your head.

Weiner says this depends on who is hosting the wedding. If your parents are paying or helping to pay for the wedding, she says you should take their wishes into account, even when their wishes involve relatives with whom you aren’t close. “Blood is always thicker than water, and you would never want your wedding to come in between a family relationship,” she says. 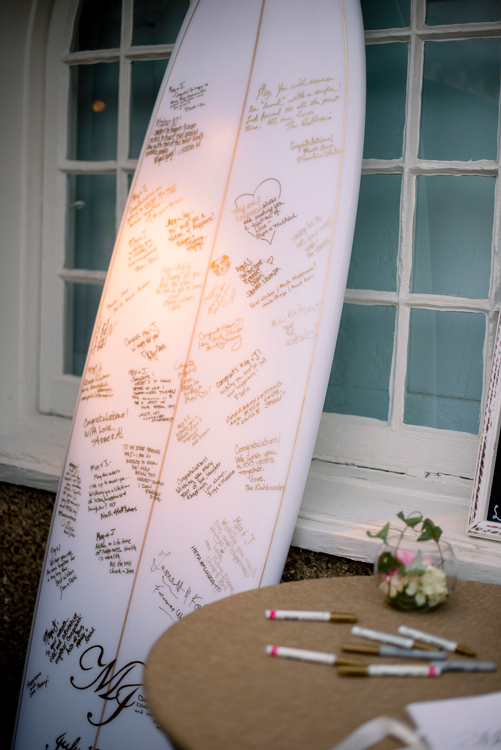 photos by tim will photography

If they invited me to their wedding, do I have to invite them to mine?
“You should never feel obligated to invite someone to your wedding just because they invited you to theirs,” Weiner says. “With time, friendships will blossom and friendships will fade —  it is the ever-changing and exciting tides of life!” She says if the wedding in question was 10 or more years ago, you shouldn’t feel pressure to reciprocate with an invitation. On the other hand, if the other wedding was recent, she advises thinking about how valuable that friendship is before making up your mind.

What if the two weddings fall closer together — for example, six months apart? “Let’s say you’re invited to someone’s wedding you didn’t think you were going to [be] invited to,” Berger says. “If they aren’t going to be part of your festivities, maybe you shouldn’t go to theirs.” If you attended someone else’s wedding just before your own, or if you plan to attend someone else’s wedding just after your own, Berger says it can be hurtful not to include that person.

How do I decide who gets a ‘plus-one’ invitation?
Weiner and Berger both suggest coming up with rules for making those decisions — and sticking to those rules. For example, maybe you decide to extend plus-ones only for guests in a serious relationship. For guests who are single, you aren’t obligated to extend an invitation for their guests as well. “If they’re just in the dating stage, I think they should come by themselves,” Berger says. “You’ll put them at the right table; they’ll find somebody else single.” This saves the guest from having to introduce a stranger to a reception full of people he or she doesn’t know, she says.

Still, there are a few cases you shouldn’t ignore. “Guests who are engaged or living with a significant other should always be given a plus-one, indicated by [their partner’s] name on the invitation, not ‘and guest,’” says Weiner.  She also recommends extending a plus-one invitation to everyone in the bridal party, even to those who are single. “They have given so much to be by your side on your big day, and providing them with the opportunity to bring a date is always appreciated,” she explains.

Do I have to invite the parents of my bridal-party members?
“Of all of the years I’ve been doing this, the only parents [who] are invited are the ones you grew up with as a kid, or the ones who are good friends with your parents,” Berger says.

Weiner agrees: “If you have a relationship with that bridesmaid's or groomsman's family and would like them at your wedding, then absolutely invite them. However, there is no expectation that everybody's parents should be on the guest list.” 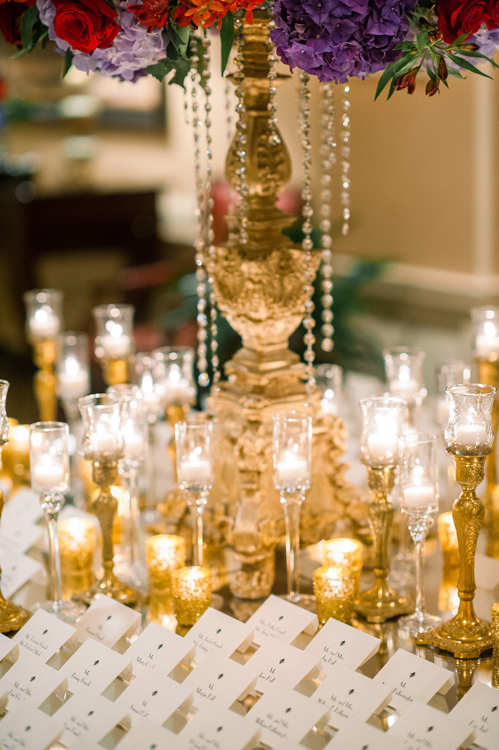 What if my guest list is twice (or half) the size of my fiancé’s? What if one set of parents has a disproportionately long list?
Weiner says this question comes down to the host. “Whoever is hosting (and paying) for the wedding should always have the final say in the guest list,” she says, be that the bride and groom, one set of parents or both sets. “Beyond that, there are no requirements or proper etiquette to follow. Just be considerate and diplomatic when combining or presenting your guest lists.”

Berger says she encounters this issue often. “I think there’s always more on one side or the other,” she says. “When there’s more on either side, I always orchestrate my groomsmen and ushers to tell guests, ‘We’re just here to blend both families and have a good time.’ I haven’t done a bride’s side and a groom’s side during the ceremony for years.”

If you really want to keep things even (for example, if the couple’s parents are each paying for half of the expenses), Berger recommends setting a number up front. “The bride’s parents can just say to the groom’s family, we’re inviting 150, so you can invite 150.”

Guest lists take a lot of careful consideration, but with a little time and effort, couples can come up with their own guidelines that feel right for them. “The moment you start picking and choosing is the moment your guest list becomes inconsistent,” says Weiner. “There will always be exceptions, no matter how strict you are, but try to keep them to a minimum.” Keep your budget in mind and be respectful of who is hosting and focus on who you really want to share this day.