Take Part in One of This Weekend's Pittsburgh Pride Events

The next few days are packed with concerts, comedy, water-balloon fights and more. 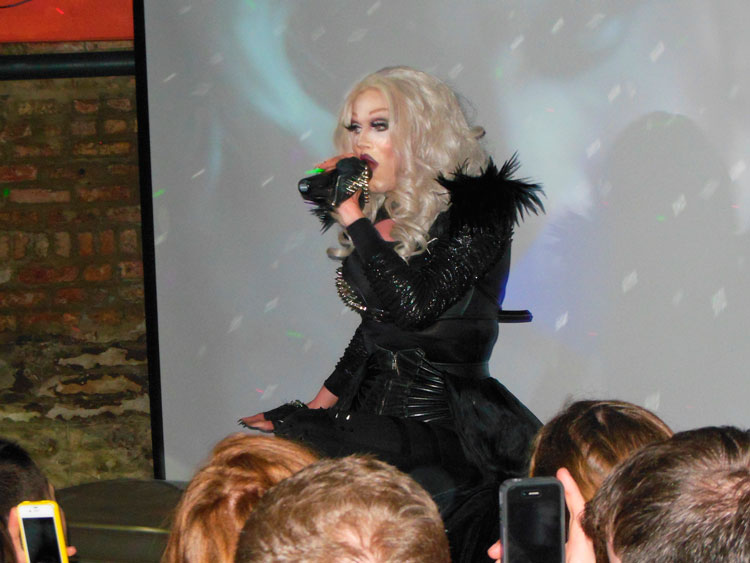 PRIDE EVENTS ALL OVER TOWN THIS WEEKEND
The 2015 edition of Pittsburgh Pride will be remembered as the event that started thousands of conversations — many that the organizers never intended. The decision to book pop star Iggy Azalea, criticized in the past for social-media remarks regarded by many as homophobic, transphobic and racist, led some within (and outside of) Pittsburgh’s LGBTQ community to question the policies and decisions of event organizers at the Delta Foundation of Pittsburgh — and led Azalea to cancel her appearance.

The continued debate should not detract, however, from the bevy of great Pride events scheduled for this weekend — some from Pittsburgh Pride, others from Roots Pride Pittsburgh. Arcade Comedy Theater has a full day of Pride-themed shows, some featuring Pittsburgh’s first all-LGBTQ comedy group, “LGBTQ*Bert.” Roots Pride will get Schenley Park good and colorful with a Watercolor Balloon Fight. Sharon Needles returns to perform at Cruze Bar. And yes, Pride in the Street will proceed, with new headliner Nick Jonas as the main event.
(Check Pittsburgh Pride and Roots Pride Pittsburgh websites for more info)

CINEMA AL FRESCO — INCLUDING A NEW OUTDOOR SERIES
The first installments of the annual Dollar Bank Cinema in the Park series from Citiparks begin this weekend. In addition to a range of worthy features that includes classics, recent gems and family hits, this year’s lineup introduces the Spark! Film Series, a collection of movies selected for their potential to open a cross-cultural dialogue; a half-dozen Spark! selections will be mixed into the lineups at seven parks. For more on the Spark! films, and can’t-miss nights of outdoor movie magic at each park, read this week’s edition of After Dark!

HEAD TO THE STRIP FOR A CELEBRATION OF WIGLE’S OFFERINGS
Ready to party like it’s 1791? Tomorrow night is Wigle Whiskey’s Tar & Feather celebration, a boozed-up ode to Whiskey Rebellion hero Philip Wigle. It won’t disappoint our forefathers — Wigle Whiskey’s partner organizations will duke it out in a Tarring and Feathering competition, where you’ll be able to vote on the winner. Aside from that, the event will include live music from banjo-rockers The Lone Pine String Band, food truck offerings and $5 whiskey cocktails. If you’re going to join in on the postcolonial revelry, get your tickets now — they’re free if you RSVP today, but they cost $5 at the door.
(2401 Smallman St., Strip District; 6-10 p.m.;  click here for tickets and more info)

IN THEATERS: Life, uh, finds a way. So does Hollywood when it comes to reviving franchises once thought extinct. “Jurassic World,” the fourth film in the series and first to take place at an open, guest-soaked dinosaur amusement park, hits theaters nationwide today. Nothing could match the near-perfect formula struck by the 1993 original, but “Jurassic World” manages to build to a thrilling climax despite some stumbles throughout. — S.C.

The inaugural concert at Station Square’s Highmark Stadium is this Sunday, as the Steve Miller Band will be joined by former Eagles guitarist Don Felder. — S.C.

Add some belly laughs to this weekend’s schedule courtesy of “Girls Only: The Secret Comedy of Women” at the Pittsburgh CLO Cabaret. — S.C.


This article appears in the June 2015 issue of PMWeekend.
Categories: Things To Do