Take a Tour of Pittsburgh By the Book

Enjoy a walk on the literary side with Arlan Hess of City Books. 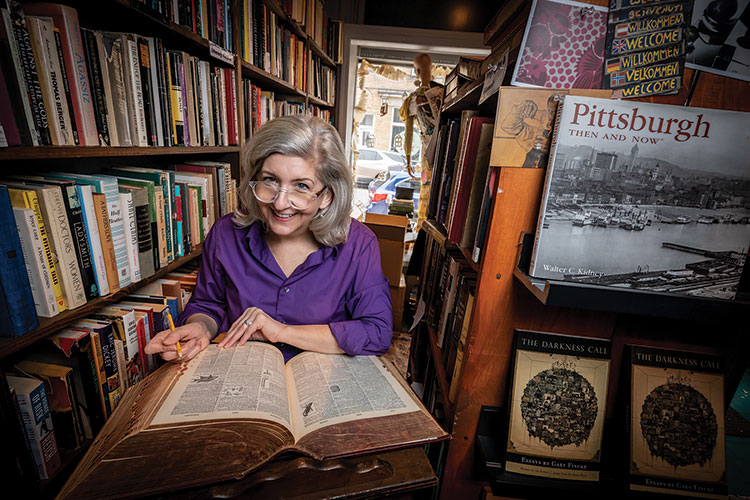 We go out rain or shine,” says Arlan Hess, owner of City Books in the North Side. “And let me tell you, it’s more rainy than shiny sometimes.”

She’s discussing her latest literary venture, “Art & Literature in Old Allegheny, 1830-1920.”  The walking tour of the North Side takes in landmarks associated with writers Gertrude Stein, Willa Cather and Robinson Jeffers, to name a few.

Hess vividly recalls one particularly soggy tour. “It was like standing under a faucet. We didn’t stop moving; it was coming down so heavily.” Hess pauses and laughs. “That was the shortest tour we ever did.”

Hess was inspired by a New York Times article about a bed and breakfast in Scotland where guests worked in a ground-floor bookstore as part of their stay. While leaving inexperienced strangers to manage her shop was not of interest, it prompted Hess to start thinking about new ways to serve her customer base.

“I would say 20 to 30 percent of my business is tourism,” she says, noting people come out of the Mattress Factory, the National Aviary or The Andy Warhol Museum and add City Books to their day’s itinerary. Hess provides a light homemade lunch for the groups and finishes the afternoon with a white glove tour of her shop’s oldest and most valuable holdings. 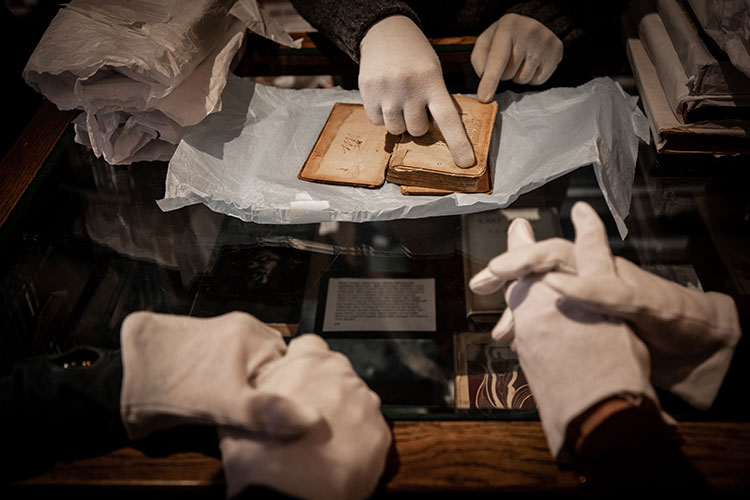 Tucked away in an unassuming storefront on Galveston Avenue, Hess has quietly built an impressive literary operation since opening in 2016. She purchased City Books, which had been a South Side institution since the 1980s, from ailing owner Ed Gelblum in 2015. After 15 years of teaching literature and creative writing at Washington & Jefferson College, Hess was ready to take a plunge — or two. “We signed the paperwork [for the shop] in the middle of April and I got married on May 23rd,” she says in near-disbelief.

On a quiet Sunday afternoon at City Books. Miles Davis’ muted trumpet plays softly on the stereo as Moneypenny, Hess’ beagle puppy, naps behind the counter.

“Pittsburgh has a long history of being a traditional city but also of taking some of that old stuff and making it new again,” Hess observes. “I feel very responsible that I’ve taken on a legacy bookstore in the city. I didn’t want City Books to disappear.”

Preserving Pittsburgh’s literary legacy is very much at the heart of her mission. Whether it’s retaining the original bookshelves from Gelblum’s South Side storefront or educating a tour group about the mystery writer Mary Roberts Rinehart (the Pittsburgher whose work gave rise to the phrase “the butler did it”), Hess provides continuity and context to her customers.

This push to dig deeper into the historical roots of local and regional literature is on full display on “Shelf Life,” a television program she developed in partnership with local public access station PCTV21. Less than a month after she broadcast a Facebook live event from City Books, John Patterson, executive director of PCTV, walked in on his lunch hour and said the station would be interested in doing a book show if Hess wanted to host it.

The show, based on an old-school interview format, seeks to “explore issues related to poets and writers, support dialogue between writers and audiences, and increase literacy across ages and genres.” Notably, “Shelf Life” has become a platform for Appalachian writers such as Matthew Ferrence, Laura Lee Morris and Natalie Sypolt, who offer a much-needed counter-narrative to the stereotypes (white, racist, poorly educated) found in most media coverage of the region.

Even with so many literary endeavors, Hess is still very much an educator at heart. She pulls down a binder from a nearby shelf and says, “This is the teacher part of me.” The binder is filled with old photos and maps she uses as visual aids along the walking tour. She smiles as she turns the pages of the literary history of her neighborhood.