Tailgating at the Pitt Game? Let Someone Else Bring the Food

Say goodbye to hauling your own coolers, grills and tents as Pitt partners with Tailgate Guys to bring tailgating nirvana. 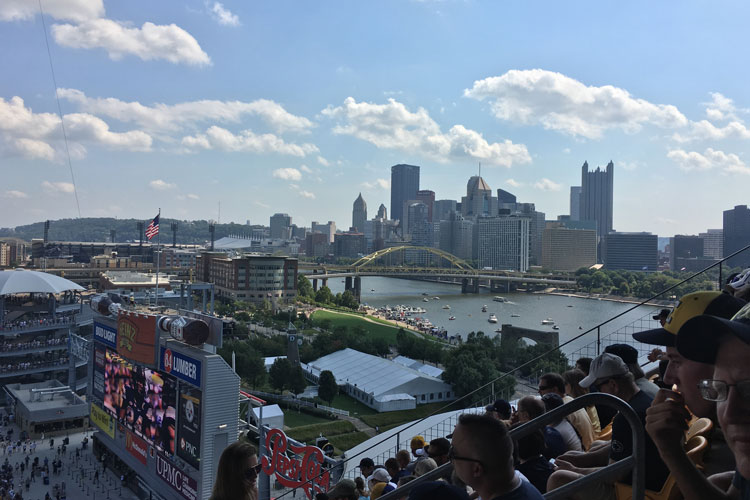 The Great Lawn in front of Heinz Field will look a little different this year during Pitt’s home football games.

Beginning Saturday against Oklahoma State, gameday service providers Tailgate Guys will take over the North Shore location and transform it into a tailgating paradise.

Starting at $250 for up to 20 guests, Tailgate Guys provides essential tailgating equipment including the all important tents, coolers, television sets, tables and catering. Providing four different experiences from a Varsity level package to include groups as small as 10 to a Club level package for groups as large as 60, Tailgate Guys aims to make the game day experience as hassle free as possible.

Based on a Panther Fan Experience survey following the 2015 season, where fans noted difficulty tailgating on the North Shore, Pitt began looking for new ways to enhance game day. With Tailgate Guys looking to expand to the northeast, a partnership was formed.

“This was a great opportunity to utilize the green space outside of Heinz Field,” says Chris Bain, Pitt’s assistant athletic director of marketing. “Tailgate Guys will take the planning out of tailgating and provide everything you’ll need.”

Tailgates will open five hours prior to kickoff and remain open for two hours following the game on the North Shore. Tailgaters will also be provided with a “Bellhop Service” that will meet you at a designated drop-off zone and transport any additional items to your site.

"We have one of the best home venues in the ACC, and this initiative is only going to add to the excitement and energy around the stadium on gameday. We look forward to our fans enjoying this new tradition this fall,” Heather Lyke, Pitt director of athletics, said in a press release announcing the partnership.

While grills and other cooking devices aren’t allowed in the tailgate zone, once you reserve your party, you can choose a menu from local caterers Burgatory, South Side BBQ Company or Moe’s Southwest Grill for hot food.

The Pitt athletic department has made it a mission this season to enhance the gameday experience. New initiatives include new banners, branding and a new scoreboard.

Additionally, the traditional singing of “Sweet Caroline” has moved from its sweet spot between the third and fourth quarters to being played at various times throughout the game.