Robinson's new Latitude 40 is a restaurant, bowling alley, comedy club, arcade and movie theater all-in-one. But does it work? 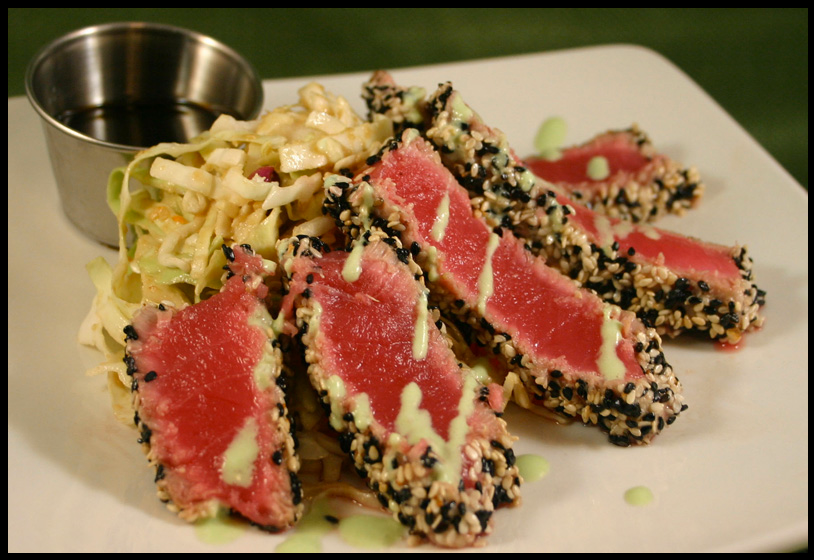 An established lesson in planning: don’t open a comedy club in the suburbs.

See, destinations for entertainment should be central. Say you’re looking to open a sports bar. If you put it in, let’s say, Irwin, you’d better hope that nearly everyone in Irwin is aware of your bar, likes your bar, and frequently visits your bar. Because — and my apologies, Irwinites — the little town in Westmoreland County is not frequently a spot that receives many visitors. Your customer base will mostly be the aforementioned Irwinites.

Now if you instead were to plant your sports bar on a boat floating at the confluence of the three rivers, you’d have a different situation. People are coming from places to downtown all the time — and a whole bunch of people live there already. You have a huge local customer base, and people from other areas passing through all the time.

This is why the Consol Energy Center was built in Uptown, and not in Tarentum. (Among many reasons.)

Want to overcome this geographic law? Well, you’d better have a pretty sweet destination. Something that’s going to draw a wide range of people for a range of a reasons. Jokes aside, that’s why there aren’t really that many music venues, comedy clubs or other single-subject entertainment locations in the far-flung suburbs — it just doesn’t make much sense.

Unless, of course, you want to build about seven interesting things in the same place.

Latitude 40 is a massive two-story entertainment complex tucked into the sprawling shopping center surrounding The Mall at Robinson. It’s the second effort from a company called Latitude Global, founded out of Jacksonville (site of the original, Latitude 30) by Pittsburgh expat Brent W. Brown, a native of Montour. The m.o.: fit so many activities into a building that everyone within a hundred miles will be drawn in by something.

Practically, that means that there’s a lot going on in here. A large restaurant. Two bars. Twenty-four lanes of bowling. A cinema-style seating area for watching sports. A full-size comedy club. A one-screen dine-in movie theater. An arcade. A stage for bands and DJs, with a large dance floor. Over 150 televisions. And probably a half-dozen other things I didn’t notice. 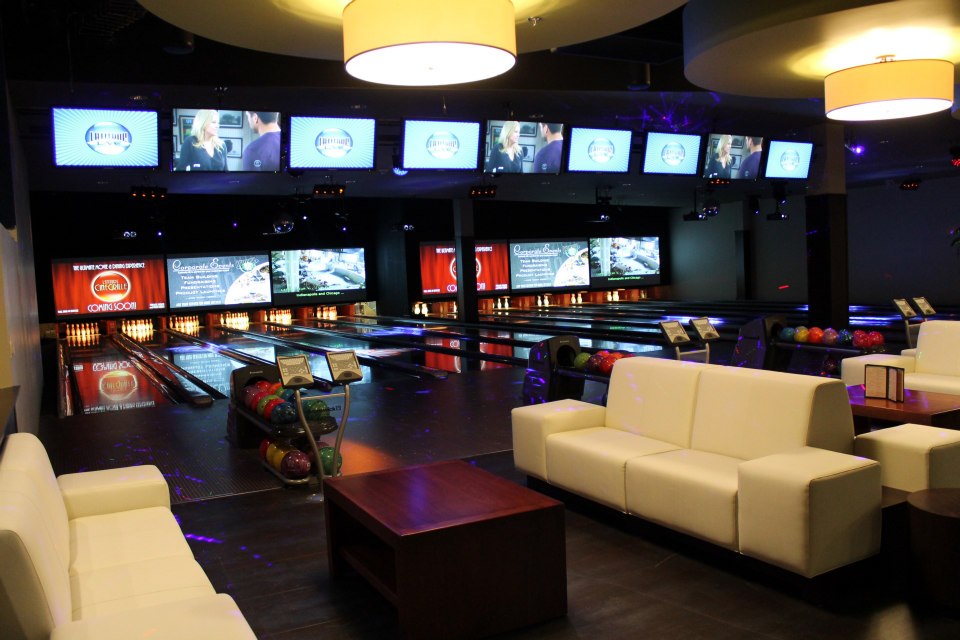 The atmosphere is like a more subdued casino, with plenty of dueling noises and bright lights, but without the overwhelming activity of a gaming floor — it seems like it would be possible, given the right circumstances, to actually relax in Latitude 40. During daylight and evening hours, the place is family-friendly; after 10 p.m., though, the under-18 crowd is given the boot. (And all kids must be accompanied, so you don’t need to fear a pack of 10-year olds trampling you between the arcade and the bowling alleys.) It’s appropriate for all ages, but clearly designed with grown-ups in mind.

There are definitely elements of Latitude 40 that I’m excited about. The Cinegrille is chief among them; while it’s not complete yet, I’ll be there in a hurry when they open their doors. Each seat comes with a large personal table for your food — which is served, in the theater, by a wait staff. We’re not just talking about popcorn and Sno-Caps, either — the full menu from downstairs is available, plus alcohol. Dinner in a cushy theater in front of a second-run flick? Just my speed.

And I was wowed by the comedy club, as well — a posh, fully formed room with a huge stage, ready to seat over 350 with table service. There’s a lot to like about the bowling alleys, which feature club-style seating (no hard plastic) and, yes, table service.

My only concern with Latitude 40 is the potential for sensory overload. Walking in, everything looks awesome — I’ll go bowling! Then play some games! Then have some drinks! Then watch a movie! Then get dinner! — but I wonder if the frenzied level of activity wouldn’t wear thin after a few hours. Surprisingly, I’m more interested in some of the individual elements at Latitude 40 than the overall package. (And, while I usually try to judge the fare myself, I didn’t have an opportunity during my visit. I’ll report that early visitor reviews on the web are decidedly mixed; this could, though, be due to early kinks in the works.)

Whether those are legitimate concern remains to be seen, however — I toured Latitude 40, but it’s clearly meant to be experienced. And that’s something I’m looking forward to. They’re working tirelessly to entertain us, so let’s let ’em. Maybe you can build a comedy club in the suburbs.

This article appears in the January 2013 issue of After Dark.
Categories: After Dark