‘Horizons’ presents a combination of original works and those of Pittsburgh native Martha Graham. 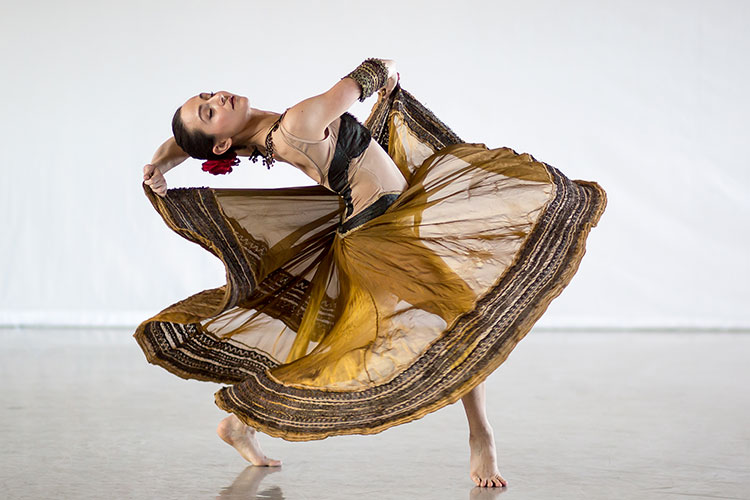 What does it feel like to stand in a breadline? What emotions grip the soul?

Bodiography Contemporary Ballet will explore those emotions when it performs Allegheny City native Martha Graham’s “Steps in the Street” (1936) at the Byham Theater. The masterwork is among the ballets presented on “Horizons,” a unique Graham-influenced concert of new and repertory works performed by Bodiography, Graham 2 — the pre-professional performing unit of the Martha Graham Dance Center — and guest artist Carrie Ellmore-Tallitsch. It is the first collaboration of its kind between the two companies.

The poverty, wars and migrants seeking refuge today reflect the same human conditions evoked in “Steps in the Street,” say both Bodiography’s Maria Caruso and Virginie Mécène, artistic director of the New York City-based Graham 2. The non-narrative “Steps in the Street” remains a timeless reflection on emotional devastation.

Originally part of Graham’s multi-section “Chronicle,” a modern ballet motivated by the rise of fascism, the coming of world war and economic downturn, the eight-minute “Steps” was reconstructed in 1987. Set to a score by Wallingford Riegger, it commences in silence, as a female ensemble slowly walks on — backwards — filling the stage.

“We do not count the timing. The dancers have to develop an awareness of each other. They share the same ‘lift’ in the center of the body. They breathe together and connect with each other and the audience through the silence,” says Mécène, who staged the reconstruction.

“I can’t see anything that is behind me,” says Caruso, who dances Steps’ leading role and has previously performed Graham’s four-minute solo “Lamentation” (1930) locally and internationally. “This is so different and so much harder than ‘Lamentation.’ We learned and experienced the whole work, not just our own parts. When I was able to see the big picture, I saw the complexity, the richness of movement, musicality, precision and nuances of what Graham was saying.” 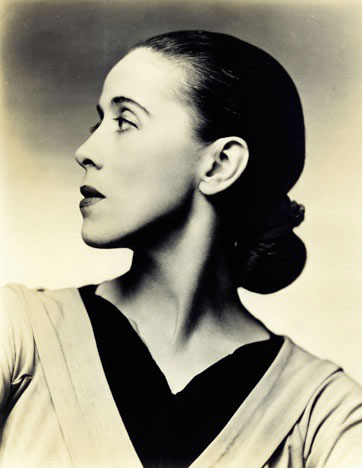 Caruso has trained extensively in Graham technique, a methodology developed by the artistic revolutionary (and one of Pittsburgh Magazine’s 50 Greatest Pittsburghers of All Time) who used the body to express emotion, freeing it from the artifices of conventional dance techniques. However, not all of Caruso’s dancers had previous experience with the technique, which employs breath emanating from the body’s core.

As part of the rehearsal process, Mécène, a former Graham company principal dancer, concentrated on movements thematic in the choreography and also taught Graham’s main principles of opposition (contract/release, fall/recovery) and extended line, which stretches the body into space.

“I love when dancers make their own connections to the piece,” says Mécène. To that end, she encouraged the cast to study Depression- and Dust Bowl-era photographs to provide depth to the choreography. “The (Bodiography) dancers were open, willing to learn more and to bring that to the piece.”

Caruso was inspired to pursue Graham ties following her experiences with “Lamentation.” She offered the Graham organization a project proposal, initially hoping to connect with the main Graham company, a modern dance mainstay since 1926. When scheduling conflicts interfered, she opted to move forward with a contingent of dancers from the 12-member Graham 2, which has previously engaged in less-extensive collaborations.

Caruso was nervous about approaching Ellmore-Tallitsch, whom she met during the “Lamentation” rehearsal process, but she mustered the courage to invite her into the mix. The resulting solo, created in February during Caruso’s New York rehearsal period with Graham 2, channels Ellmore-Tallitsch’s affinities for motherhood and Mother Earth.

The showcase also includes ballets created by Caruso, who regards concert sharing as a win-win situation.

“As the artistic director of a dance company, I am invested in the cultural landscape of my community — and projects like this broaden that landscape,” she says.

This article appears in the April 2019 issue of Pittsburgh Magazine.
Categories: Things To Do