The two-day event will welcome 50 local artists with the goal of inspiring female creatives. 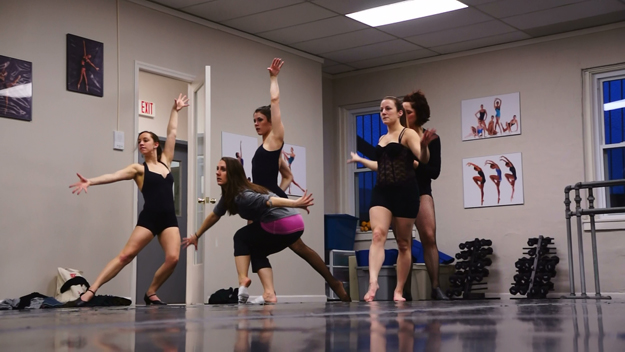 In that famous Hans Christian Anderson story, a homely duckling is maligned and ignored and forced to wander off on his own—until he transforms, one day, into a beautiful swan. Given patience and perseverance, the mature swan astonishes all.

In the case of SWAN Day, the acronym stands for Support Women Artists Now, but the idea is the same: Give women artists some time and inspiration, and they will rouse the world. Starting March 15, Pittsburgh’s edition of SWAN Day will feature 50 local artists for an exhaustive two-day event.

“It really puts Pittsburgh on the map,” says Tressa Glover, producing artistic director of the No Name Players. “We’re getting more and more recognition.”

Glover has produced Pittsburgh’s SWAN Day for four years, in partnership with her husband Don DiGiulio, who founded No Name. The international celebration started in 2008 in an effort to showcase female artists from Seattle to Norway and beyond. Created by WomenArts, an organization dedicated to empowering women artists, SWAN day is celebrated on various dates in March and April.

In preparation for the event, Glover and DiGiulio traveled around Pennsylvania and videotaped interviews with a diverse cross-section of women. They asked open-ended questions, and the answers were edited into a 45-minute video. The 50 artists received DVD copies, which they used to inspire works in every kind of discipline—from dance and theatre to fine art, fashion and music.

“We spoke with women of all ages, all backgrounds, everything,” says Glover. “We aren’t just talking with artists. And what we’ve found is that you really don’t know someone’s story until you ask them.”

Each year, Pittsburgh’s SWAN Day earns more attention, and 2012 is already a landmark: The event has been named an official international partner (along with events in Kenya, New York, Massachusetts, Bulgaria, Connecticut and Florida), and co-founder Martha Richards will attend for the first time.

“When I got the email,” Glover says, “I couldn’t believe what I was reading. [Richards’ attendance] is just awesome.”

Remarkably, Glover and DiGiulio do not pocket any money from ticket sales — they simply recycle earnings to sponsor the next year’s event. And although coordinating 50 artists is a frenzied undertaking, the pair embrace their labor of love. “Our goal is to do it annually, every year,” Glover says. “Everybody’s volunteering. Nobody’s getting paid. But it’s so completely rewarding to work with all of these artists. The energy is palpable. It’s unlike anything else.”

The two-day event is massive, but the No Name Players feel comfortable in the New Hazlett Theater. “We love that space. It’s versatile. The lobby is gorgeous and perfect—we use it as a gallery for art and fashion. We can actually fit all the work of the visual artists out there.”

At the end of each event, Glover finds herself propositioned by emerging artists. “They ask if they can be involved next year,” she says. “They email me afterward. We meet a lot of new people that way.”

This article appears in the March 2012 issue of Pittsburgh Magazine.
Categories: Arts & Entertainment