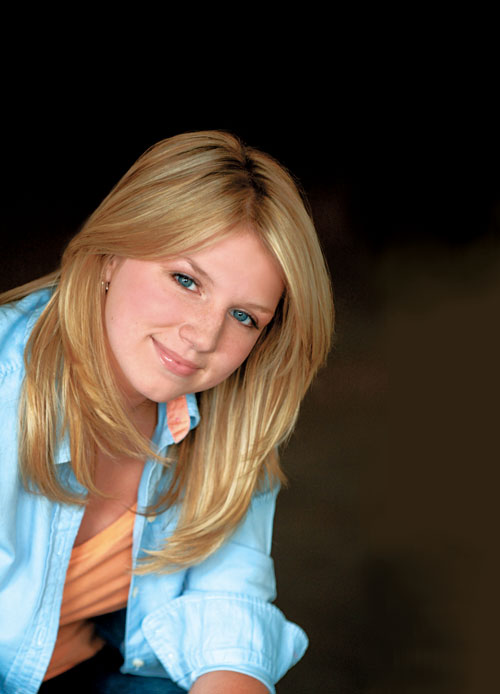 When Cecil native Suzi Hofrichter walked onto the set of “Grey’s Anatomy” to play Sandra Nolston, a teenager whose father is admitted to Seattle Grace Hospital for a severe car crash, she was quickly approached by resident George O’Malley, played by T.R. Knight. “He was so nice and introduced himself to me—Katherine [Heigl], Sandra [Oh] and T.R. were all amazing to work with,” a very appreciative Hofrichter recalls. “These actors have been nominated and have won Emmys and Golden Globes, and I have an opportunity to act alongside them (even if Sandra is not a permanent role at this point)—it doesn’t get any better than this.”

Hofrichter, 18, began her acting career at age 7 when she was cast as the principal role of Anna in the Disney/ABC movie The Christmas Tree, directed by Sally Field. Shortly after, Hofrichter played Amy in the Artisan movie How to Kill Your Neighbor’s Dog, starring Kenneth Branagh, Robin Wright Penn and Lynn Redgrave. “When I acted in [Neighbor’s], I never had so much fun in my life, and I met a fun group of people that I’m still friends with to this day. Plus, I got off an entire month of school to do something I love,” says Hofrichter.

Despite her acting goals, education remains important to Hofrichter. After graduating from Canon McMillan High School in 2007, Hofrichter moved to Los Angeles, where she attends Mount St. Mary’s College, majoring in international business. Deciding to enroll at Mount St. Mary’s was an easy decision says her mom, Mary: “Suzi wants to be in Los Angeles so she can keep acting while going to college.” Hofrichter gets around to classes and castings by way of her recent purchase, a 2001 Hyundai Electra. “It’s white, and I named him Chase. For a used car it’s in great condition. I saved my money to buy it from when I worked at the Hilton Garden Inn during high school. But some of it also came from my savings account. I’ve never really spent any earnings from the acting and print jobs I did when I was younger (including ads for Kaufmann’s department store, Rite Aid and Giant Eagle). My mom and dad put it into a savings account,” explains Hofrichter.

Family remains an important part of who Hofrichter is (she’s one of four kids), but she admits she doesn’t mind rooming alone in her dorm room. “I have a single room with a view of the ocean, and I love it,” she exclaims. With her career just on the horizon, the view from here looks anything but “Grey.”

PM: What would be people be surprised to know about you?
I refused to eat anything but buttered noodles until I was 11.

PM: What brings you back home?
Figuratively speaking, watching Steelers games and calls from Mom and Dad.

PM: Any heroes?
Every member of my family—really.

PM: What is your greatest love?
I love to make people laugh, in any context. I have no problem sacrificing my own “image” to make someone smile.

PM: What is your definition of success?
Doing whatever it is that makes you happy.

PM: Must have …
Blueberry tea and a pair of fuzzy socks.

PM: What can’t you go one day without?
My cell phone—I live over 2,000 miles away from home. Can you blame me?

PM: What is one thing about college that surprised you?
Having to make so many decisions on my own. It’s actually quite intimidating.

PM: What is one thing always stocked in your refrigerator?
Pineapple, bottled water and gummie bears.

PM: Where do you escape to on your days not working or studying?
I love driving around in my car and singing aloud—and off-key.

PM: What was your best job?
My role in How to Kill Your Neighbor’s Dog.

PM: Whom would you love to work with?
Edward Norton, Julia Roberts and John Cusack.

PM: Any advice for other young people wanting to get into the business?
Don’t take the criticism of this business to heart. Believe you can do it—then you can.

This article appears in the March 2008 issue of Pittsburgh Magazine.