Young patients looked out the window today and saw something amazing. 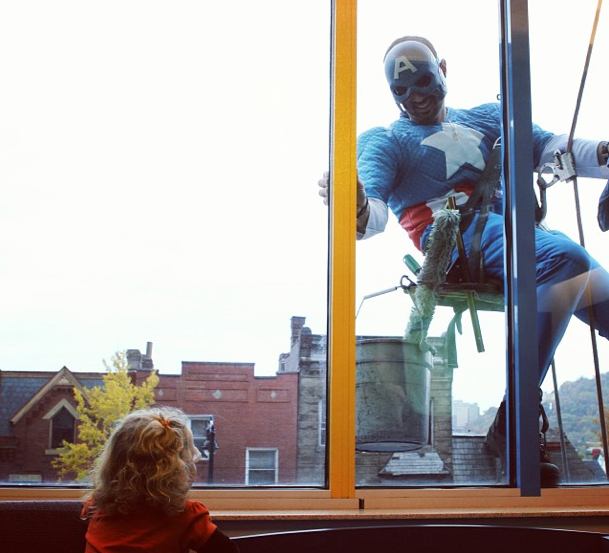 It’s a bird. It’s a plane. It’s … Maintenance Man? Patients at Children’s Hospital of Pittsburgh of UPMC were visited by a crew of caped crusaders today. Superman, Batman, Spiderman and Captain America were all spotted in the skies of Bloomfield, armed with buckets of Windex and Super-Squeegees.

The superheroes didn’t just clean the windows. They eventually came down from their perches to meet the patients during the hospital's special Halloween activities. They were even joined by a trusty canine sidekick, Dogtor Vito (the therapy dog even has his own Facebook page, and it is amazing). 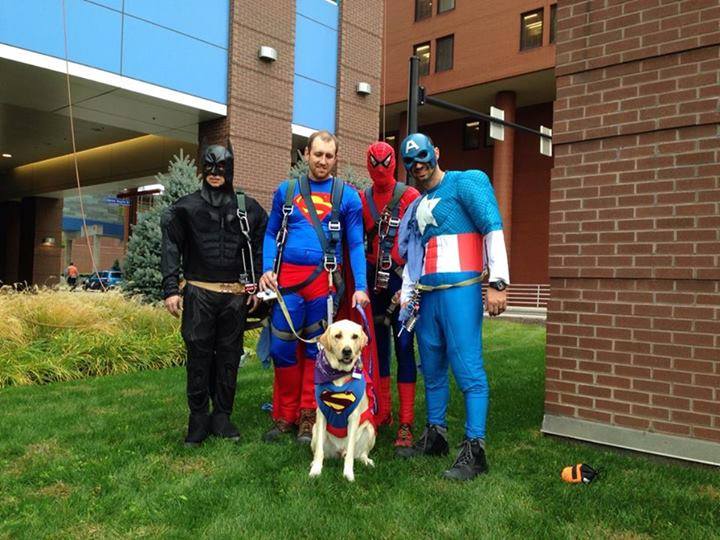 Nothing better than a day of candy and costumes. Our favorite? Simba! 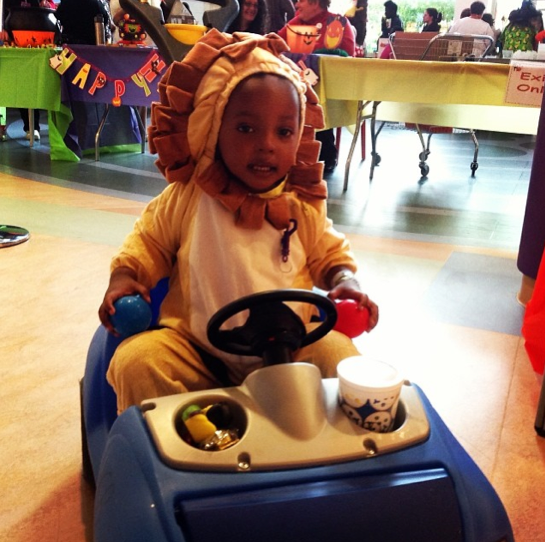 Nants ingonyama bagithi Baba!
(Yes, those are the actual "Circle of Life" lyrics)

Any engagement with the cult of Rocky Horror, the musical-turned-movie-turned-phenomenon by Richard O’Brien, is an unpredictable experience.

The Rocky Horror Picture Show and its literally endless theatrical run brings costumed performers, bellowed audience callbacks and local traditions designed to embarrass and confuse the uninitiated. The modern onstage version, The Rocky Horror Show, is a chance for directors, actors and designers to lay their own sheen on the rockin’ soundtrack and bewildering plot — and anyone who saw Point Park’s steampunk version a few years back knows that this can lead to some innovative presentations.

But there are always new ways to approach this campy classic, and this week, you can follow Brad and Janet’s exploits on an interactive performance that winds through multiple secret locations in Munhall. This interactive production will incorporate the audience into Dr. Frank N. Furter’s laboratory as never before — you’re free to play the voyeur if you’d like, but you’ll have more fun if you join in on the "Time Warp."

Check the event’s website for more information — yes, there is a traditional Halloween-at-midnight show scheduled, work nights be damned — and tickets; you’ll be informed about the starting point of your Halloween odyssey as showtime approaches.

As for the onscreen version, Pittsburgh’s own Junior Chamber of Commerce Players cast wrapped its pre-Halloween performances last weekend. But all is not lost: The group will be back in action Nov. 16 at the Hollywood Theater.

#HatTrickorTreat: This Crosby pumpkin is the best 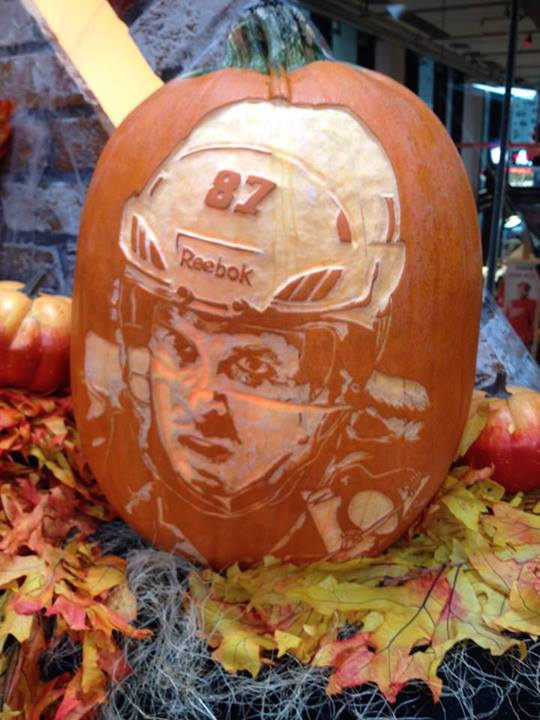