Success of 'Me, Earl, and the Dying Girl' Humbles Film's Makers

The movie, shot in Pittsburgh, defies the conventions of the budding teen-drama genre. 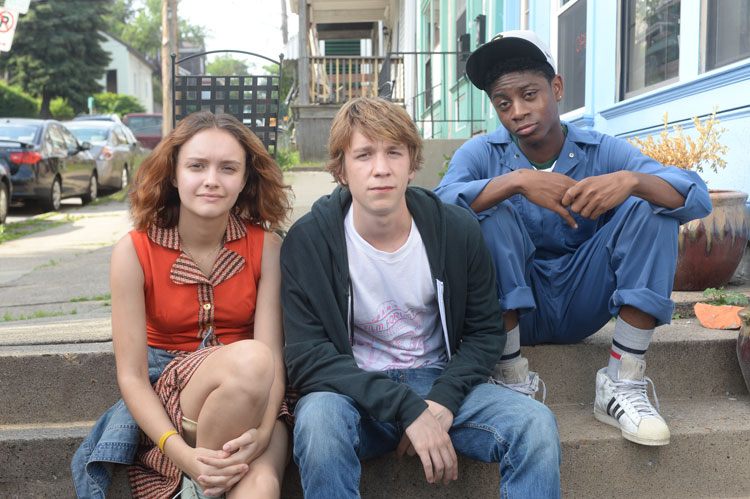 Making an independent movie often is described as a labor of love. Among the reasons for that designation: Without a certain amount of passion for a script, a story or a filmmaker, there are few reasons to actually make a low-budget film. The vast majority of independently produced features end up seen by very few people (and rarely make money).

So when the cast and crew of “Me and Earl and the Dying Girl” arrived in June 2014 in Pittsburgh, there were no guarantees about the film’s success.

“When you’re shooting an indie movie, you just kind of expect, ‘Well, maybe it’ll be on [Video On Demand services] at some point,” says Thomas Mann, one of the film’s main characters (he’s the “Me” in the title). “You just never know.”

A year later, “Me and Earl and the Dying Girl” claimed both of the top prizes at the Sundance Film Festival, sparking a bidding war won by Fox Searchlight. The film debuted on June 12 in six cities and it expands to a nationwide release — including Pittsburgh screens — this Friday. In other words, this is a considerably more visible release than an unheralded spot on VOD services.

“It’s such a passion project for everyone involved,” says Olivia Cooke, who plays Rachel (the titular dying girl) in the film. “For it to have the accolades already and the attention that it’s received — the response from the audience that [has] seen it, it’s incredible. It’s all you want out of a movie that you’ve given everything to.”

In the film, Greg (Mann) is an awkward teen, dedicated to maintaining a certain social neutrality when not making parodies of classic cinema with Earl (RJ Cyler), his only close friend (whom Greg refers to as a co-worker). Greg’s mother insists that he spend time with Rachel, who has been diagnosed with leukemia; both teens are reluctant, but develop a strained friendship.

“Me and Earl and the Dying Girl” is adapted from a book of the same title by Jesse Andrews, a native of Point Breeze and graduate of Schenley High School. The film’s high-school scenes were filmed at Schenley, and Andrews’ childhood home was used as Greg’s house. Though Andrews did not have an experience similar to that in the story, he says that using locations from his life was nevertheless moving for him.

“When I see the movie, I see my childhood; any room, any place has all these moments that come flooding back,” he says. “And they’re overlaid on top of these moments from someone else’s childhood, this fictional character who sort of lived in parallel to me. It’s a thing that I’m still trying to make sense of.”

Andrews insists that he did not request or demand that the film be made in Pittsburgh; he says those decisions, as well as the choices to use locations that were specific to his life, were made by the film’s producers, location scouts and director Alfonso Gomez-Rejon.

“When we found [Schenley], we were using our phones as flashlights; ceiling panels were falling on our heads, and it was a mess,” says Gomez-Rejon. “I didn’t want to paint it. I didn’t want to make it very clean and polished; I wanted that lived-in [feeling]. At one point, we were going to replace all the ceiling panels in visual effects, but I loved the way the textures looked; it just gave it a character, I think.”

Realism is important in “Me and Earl and the Dying Girl,” which defies the conventions of the budding teen-drama genre. It’s perhaps the only recent movie starring teenagers that is completely devoid of romantic relationships — nor do its characters travel the world, wonder at existence or become wrapped up in minor miracles. (It’s no spoiler to say that there are no supernatural elements to the film, either.)

And while many recent films about young people have tended toward expository scenes, Greg, Rachel and Earl leave much more unsaid than said.

“If the answers aren’t in the script, that’s fine, but they have to be around the script,” Andrews says. “The director has to know; the actors have to know. And if they know it, it has every chance of being communicated anyway, non-verbally.”

Cooke says that approach to the script was freeing rather than constraining. “I’m so glad that it’s written like that,” she says. “Because if we just talked about cancer all the time, then she becomes a victim and a tragic character — and so flat. You’d never be able to see the layers that she has; she knows her self-worth, she’s confident, she likes herself. She’s not written as riddled with insecurities.” 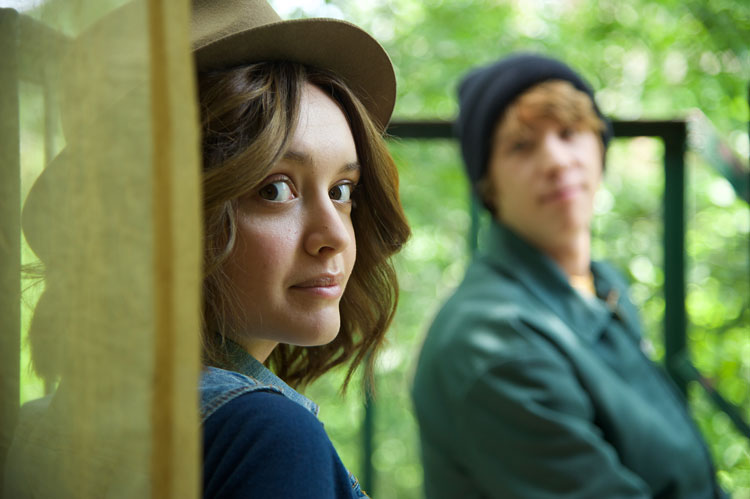 It’s a much different project than films such as “The Fault in Our Stars” or “If I Stay,” to name the two most recent movies about an under-21 female who might not make it to the end credits. The surface similarities have invited comparisons, though (doubly so locally because “Stars” and another teen drama, “The Perks of Being a Wallflower,” also are Pittsburgh-filmed projects).

Cooke and Mann hope that audiences recognize what makes “Me and Earl” different, however. “It does annoy me because you’re compared constantly,” Cooke says. “People are just so pointed with the questions sometimes; I had an interview the other day where she was like, ‘So you and Shailene Woodley — she cut her hair for her movie, you shaved your head for this movie. How do you feel about being compared to her?’ And I’m like, ‘I don’t feel anything about being compared to another actress …’ I think she’s a tremendous actress. It’s just — I think people want to cut you out a little bit.”

“It’s not like we set out to make [“Me and Earl and the Dying Girl”] different from other movies,” Mann adds. “We were telling our story — which is so honest and true to life. And not about cancer. It’s not about cancer; the girl just happens to have cancer in the film. It’s just a backdrop; it’s about so much more than that.”

If the critical and audience raves over the film are any indication, though, audiences are connecting deeply with “Me and Earl and the Dying Girl.” And the journey from Schenley High School to Sundance still amazes Andrews.

“It’s just completely off-the-map of my expectations,” the author says. “It makes me feel like an imposter or a fraud when you walk around. You meet all these amazing filmmakers and amazing writers and actors, and you have to trick yourself into thinking that you have a real fellowship with them and you’re not some guy who got a lottery ticket.”