Students in Allegheny College Program Head to the Creek 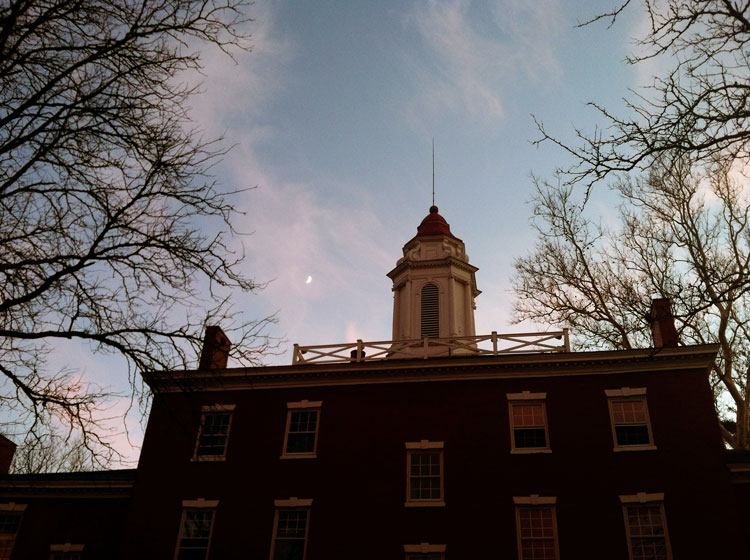 ALLEGHENY COLLEGE GIVES STUDENTS A WEEK IN THE CREEK
Allegheny College on Monday began a weeklong program that will bring students from nine high schools together to study freshwater ecology in northwestern Pennsylvania. The Creek Camp event is part of the Creek Connections partnership between the college and regional K-12 schools, formed to give young students hands-on experience alongside professionals. The event, which will run through Friday, includes field-based research around the French Creek watershed with the college’s environmental science and biology faculty and students. Participating high schools include Pittsburgh Carrick, Pittsburgh Westinghouse, City Charter, Seneca Valley and Western Pennsylvania School for the Deaf.

WVU TO CARRY ON LEGACY OF ALUMNUS THROUGH ENGINEERING SCHOLARSHIP
Charles Vest always was a Morgantown Man. At West Virginia University, he earned an undergraduate degree in mechanical engineering in 1963 and later served on its Board of Governors. When Vest died in 2013, James Clemmons, then-president of the university, said, “[Vest] represented everything that is so special about West Virginia and West Virginia University — strength, character and humility.” Now, the university represents what made Vest shine. West Virginia on Monday was named a member of the Vest Scholarship Program, which honors the former president of the National Academy of Engineering and president of Massachusetts Institute of Technology by li nking engineering students across the United Kingdom and beyond with institutions in the United States to solve the world’s most pressing challenges. West Virginia will consider applying the scholarship to tasks such as providing access to clean water and restoring and improving urban infrastructure and securing cyberspace.

BIOMEDICAL ENGINEERING PROGRAM AN EARLY SUCCESS AT DUQUESNE
Duquesne University says its inaugural biomedical engineering program had 47 percent more women enrolled than the national average for females working in the field.Though the total numbers aren’t particularly high, the percentages are encouraging as the program ends its first year, with women accounting for about 65 percent of its 24-student enrollment. On a national scale in 2010, women made up less than 28 percent of all workers in science and engineering jobs as well as 18.2 per cent of the bioengineering and biomedical engineering workforce. Dr. John Viator, director of Duquesne’s program, says more than 230 applicants are interested in the 25 class slots available for the upcoming year.

This article appears in the July 2015 issue of Great Minds.
Categories: Great Minds