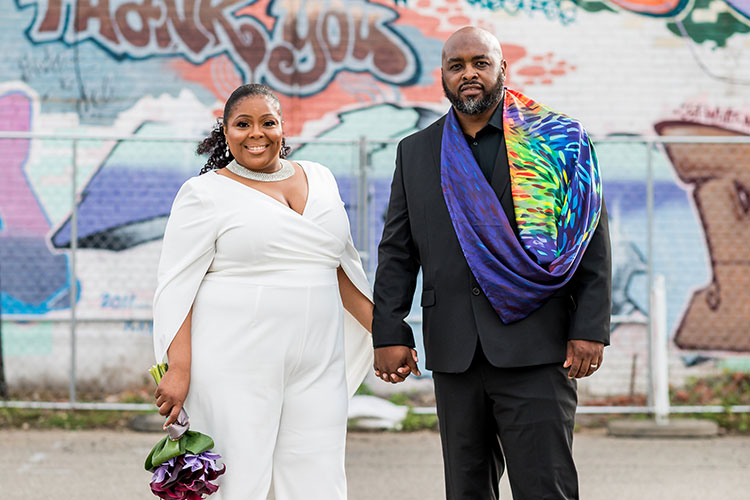 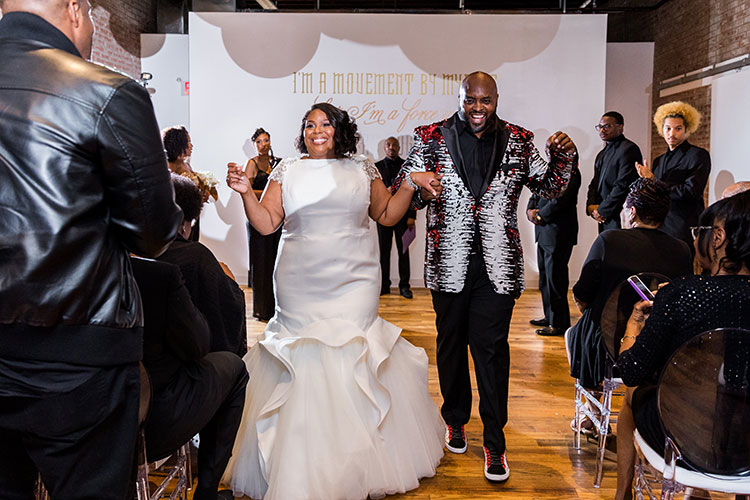 When Lee Met Jameeta.
Despite both growing up in Braddock, Jameeta Lewis and Lee Davis never met when they were younger; their four-year age difference prevented them from crossing paths in school. One day in 1993, though, Jameeta was walking home from a class at CCAC’s Allegheny campus. Lee, who was working at a clothing store Downtown, struck up a conversation and gave her his pager number. From there, they dated on and off for years.

“We always kind of rooted for each other,” Jameeta says. “I could call him at any time for anything, even if we weren’t dating.”

They began seriously dating in 2015, and Lee gave her a promise ring on Valentine’s Day the following year. 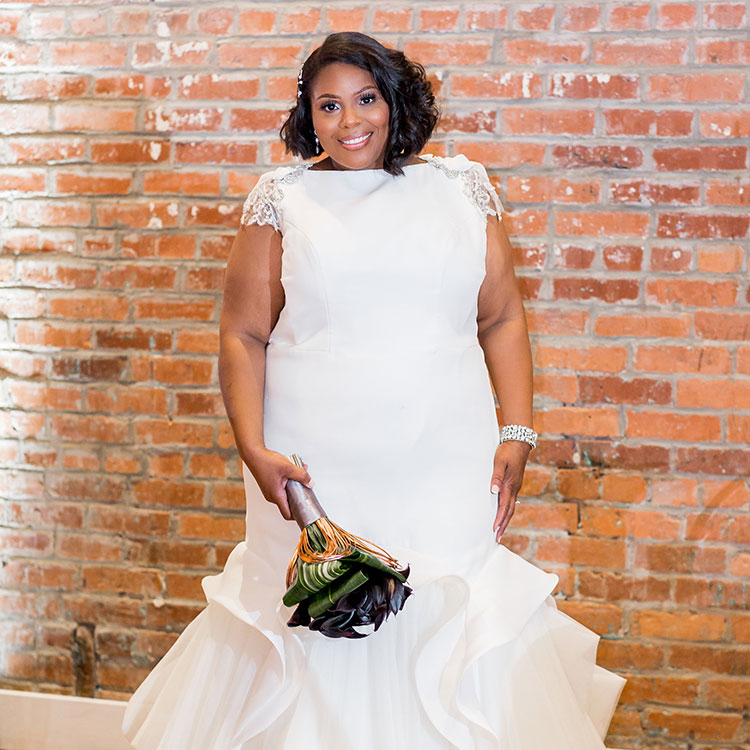 She Said Yes.
On Lee’s birthday in 2017, Jameeta surprised him with a basket filled with treats, party hats and balloons delivered to the after-school program he helped to create at Woodland Hills Intermediate School, where he was working as a mentor. That evening, during dinner at Emiliano’s in the South Side, Lee gave Jameeta a surprise of his own: a proposal. 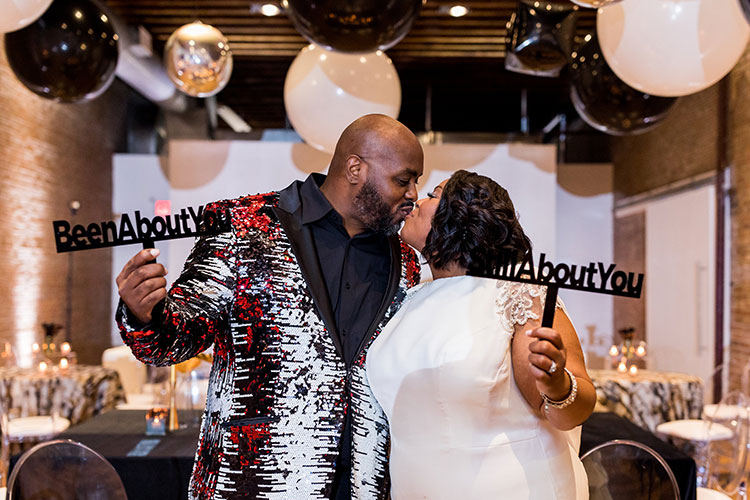 The Big Day.
Jameeta and Lee’s love of music played a big role on their wedding day.

Their ceremony at Slate Studio in the Strip District took place in front of a wall that had a verse from “Make Me Better” by Fabolous, which says, “I’m a movement by myself but I’m a force when we’re together.”

“That was really important because individually we’re successful, but when we come together, there’s so much more we can do,” Jameeta says. “Not just the two of us, but our whole family.”

They also incorporated music in their vows, courtesy of DJ Nick Nice, including songs by Beyonce, Mariah Carey and Avant.

Instead of programs, they crafted a wedding mix (presented by “J&L Productions”) of songs that focused on each event throughout the evening, such as Snoop Dogg’s “Gin & Juice” for the cocktail hour.

At the reception, Jameeta and her daughter did a dance as a tribute to Beyonce’s Coachella performance — even wearing matching T-shirts from Jameeta’s clothing company.

Family was also a big part of their day — Jameeta and Lee’s children served as bridesmaids and groomsmen, and the couple’s signature drink, The Orange Blossom, was a nod to Jameeta’s late mother, whom they called Grandma Orange. 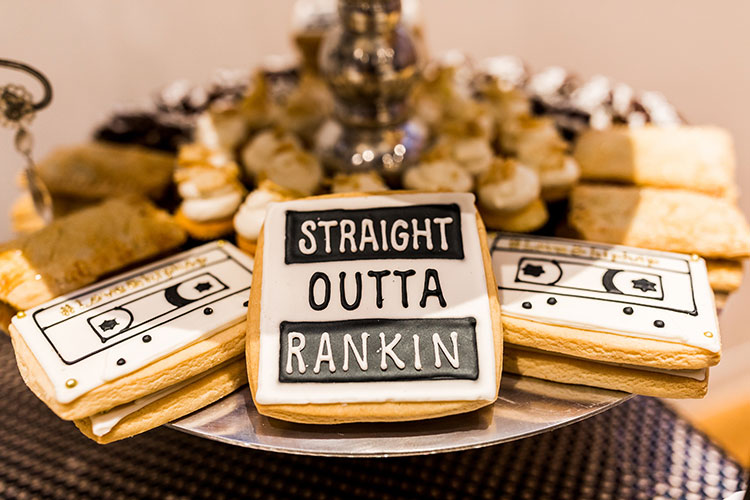 Happily Ever After.
True Pittsburghers at heart, Jameeta and Lee honeymooned in Tampa, Fla., where they attended a Monday night Steelers game.

Jameeta, 45, works at West Virginia University as the school’s director of customer service and co-owns her own T-shirt company, Thikk & Thinn. Lee, 49, is president and co-owner of SLG Sports and Entertainment + Lee Davis and Associates Consulting. They live in East Pittsburgh. 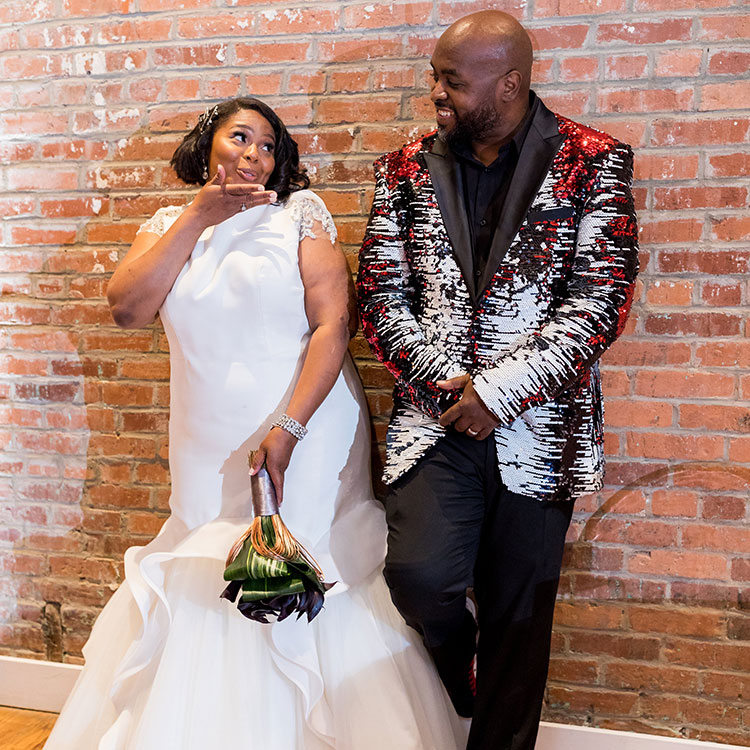