Stoke's Grill is an Oasis on McKnight Road

The busy North Hills highway doesn't have too many worthy bars, but Stoke's Grill is more than worth a stop. 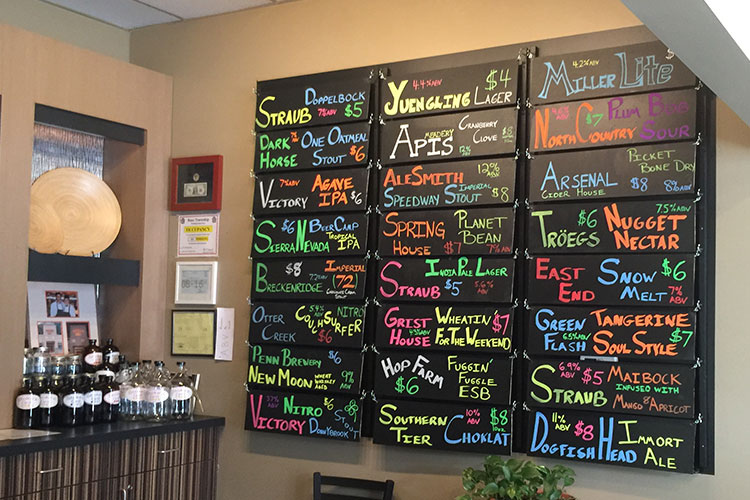 It occurred to me that I do not have a favorite bar along McKnight Road.

It seems impossible. For one thing, we’re talking about more than seven miles of densely developed suburbia, awash in retail and dining establishments. For another, it is the closest large commercial center to Ross Township, where I grew up; I’m sure I’ve driven the length of McKnight a thousand times.

And yet, when I thought about my preferred watering hole along this heavily traveled stretch of commerce, I found myself at a loss. I suppose I like grabbing a beer at Sushi Tomo's small bar, but it’s not really a pub in and of itself. I’ve been to Fox and Hound, but I’m not really a fan. Does the North Hills outpost of Mad Mex win by default?

As I’ve established in this space in the past, it is not the case that there are no good bars in the North Hills (though that was the accepted knowledge for some time). I truly enjoyed Rum Runners Saloon on Babcock Blvd., and historic, unpretentious Cole's Tavern in Wexford is definitely worth a stop. But along the area’s main thoroughfare, I’m not sure where I would point thirsty suburbanites.

Rather, I wasn’t sure until now. Because my new answer to those searching for a McKnight pub has presented itself, in the form of Stoke’s Grill, tucked into a strip of businesses on the near side of McKnight. You’d have to be looking for this unassuming pub to find it (its neighbor, El Campesino Mexican Restaurant, is easier to spot from the road).

I was pleased to find one of the most robust and interesting beer lists (pictured above) in the area; it’s certainly the best on McKnight. This is the part of the county where one expects to find a laundry list of undistinguished domestics; instead, Stoke’s reserves only two spots (Yuengling and Miller Lite) for the unadventurous beer fan. The rest of the taps are split between distinctive offerings from microbreweries across the nation (where most bars would just offer Sierra Nevada’s signature pale ale, Stokes taps their Beer Camp Tropical IPA) and gems from local breweries such as East End Brewing, Grist House Brewing, Hop Farm and Penn Brewery. (Selections from Apis Meadery and Arsenal Cider House are available as well.)

You can pair those beers with satisfying pub grub from a sandwich-heavy menu; I can recommend the buffalo option among the “Grilled Stoke’s Wrapitos,” a fancy name for warm wraps. The indulgent specialty chips, slathered in toppings via one of three preparations, will also fill you up in a hurry.

Stoke’s does little to distinguish itself beyond great beer and good food; there aren’t enough televisions to regard it as a proper sports bar and events are scarce. By default, however, it becomes the bar of choice across of all of McKnight’s seven-plus miles, simply by virtue of its presence and selection. Will more knockout pubs finally grace this northern highway soon? One can certainly hope. For now, though, Stoke’s stands as the unlikely champion.