We got up in the middle of the night to get a whiff of Romero. Find out what he smelled like. 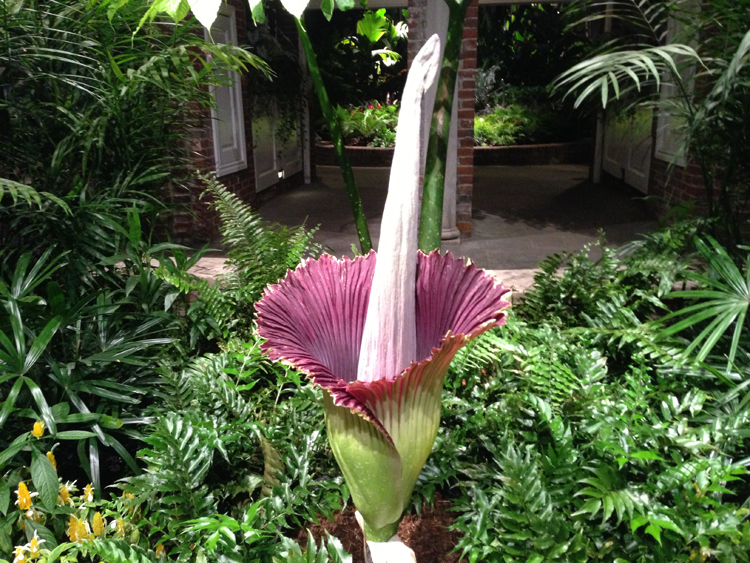 As soon as you enter Phipps, there’s an odd tingle in the back of your throat. You can’t quite smell anything yet — or can you? There’s something odd about the air. As you ascend the stairs, it becomes more clear: a faint, growing odor of sulfur.

It’s 1 a.m. on a Wednesday morning, usually not a very popular time for plant-based activities. But this day is very different because Romero, the ultra-rare corpse flower at Phipps Conservatory and Botanical Gardens decided to bloom yesterday at about 5 p.m.

Phipps sounded the alarm — as did Romero on his increasingly popular Twitter account — and curious night owls far and wide made a pilgrimage toward stink.

As you enter the long line, you get your first glimpse of Romero in bloom from a distance. The smell is pungent and rotten but not quite pointed yet; you’ll have to wind through the plant’s receiving line before you can get the full effect. As onlookers pose for pictures with Romero — many holding their noses in utter disgust — you notice his massive size, enough to make a sunflower look like a tulip. The corpse flower is the largest unbranched flower structure on the planet, after all. Romero — a relatively small specimen — peaked at 56 inches tall, and the bloom is easily 2 feet in diameter, if not more. 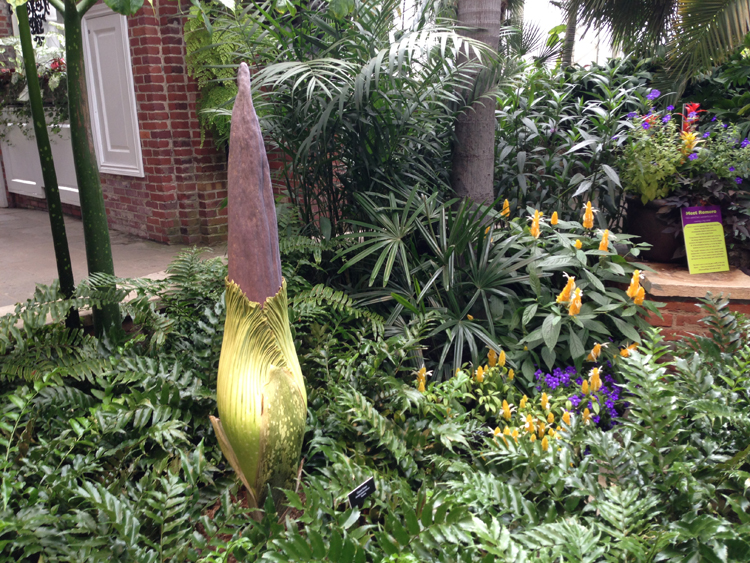 As you move forward in the line (and the smell grows stronger), you’re reminded of what an impossibly rare circumstance this is. If he stays healthy, Romero will bloom again — but it’ll take a minimum of five years. Seven is more likely. The corpse flower stays in bloom for only 24 to 48 hours, but the full effect of the scent — which is now causing those in line to mutter occasional exclamations of repulsion — is only active for about 12 hours. That’s it: half a day, every five to seven years. You and the grimacing folks around you are the lucky ones who will get to experience this smelly phenomenon.

As you round a corner and Romero is in sight again, you see that some of the folks in front of you are stopping in their tracks before jumping ahead. Due to some quirk of air flow and the bloom’s structure, the full force of Romero’s odor — compared to that of, yes, a rotting corpse — is being directed at a spot about 8 feet to the flower’s side. You take one last relatively palatable breath before stepping into the line of fire. You inhale deeply. 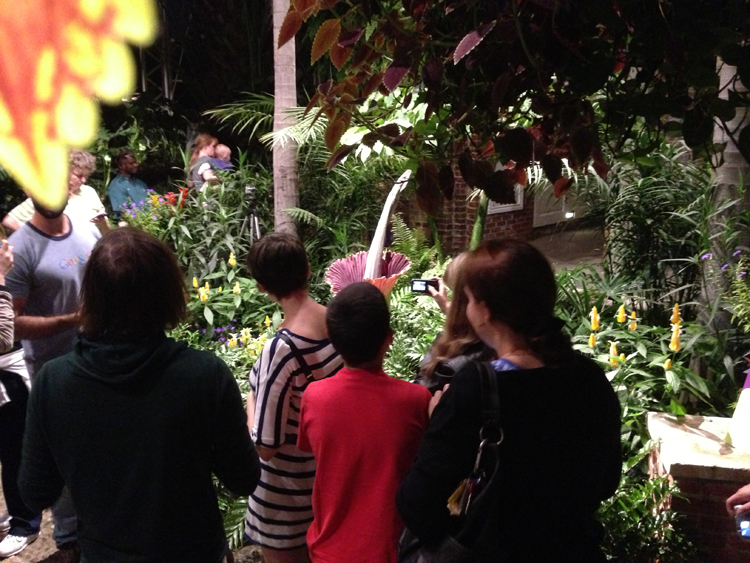 At first, the overpowering odor obliterates your ability to describe it with anything other than a low, guttural “Eeeuaaachh.” As you inhale again, though, you first note that you have never sniffed anything quite like this before. It’s like seeing a new color.

Your brain scans your sense memory for a point of comparison; after a moment, you picture walking down a narrow path, lined on one side with freshly tilled manure and on the other with an unending row of sopping-wet garbage bags. Even that metaphor doesn’t go far enough. The stench is somehow angrier than that.

As you step around to the front of Romero, where the scent is less powerful, you are instead stricken by the plant’s beauty. It’s one of those quirks of nature that keep things interesting: Something this delicate, beautiful and, yes, elegant can produce a funk that extreme. 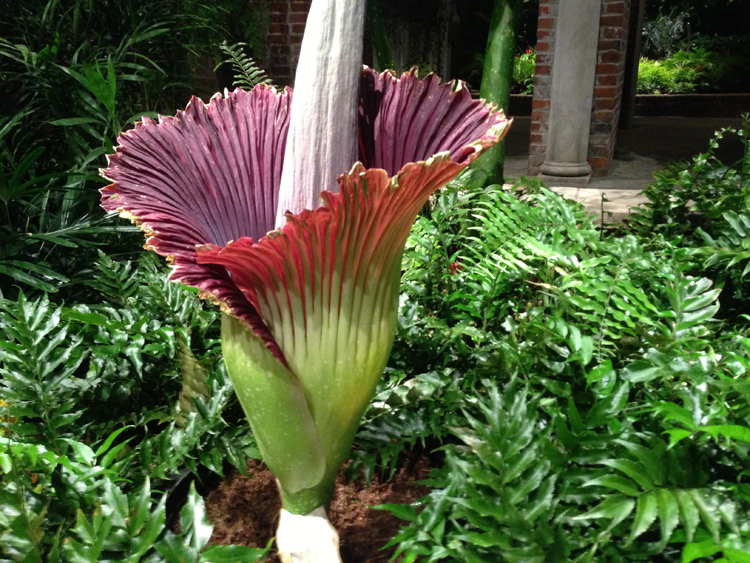 As you exit into the Oakland darkness — appreciating fresh air anew — you’re pretty sure that this was the most remarkable horticultural experience you can recall. It’s likely to retain that title, barring any sort of real-life Little Shop of Horrors situation.

You are very glad that you got out of bed to go smell something so terrible.

Miss out on the full stink? No worries — Phipps has a great evening planned tonight, and though Romero won’t be pumping out his odor at maximum capacity, he’ll still be beautiful and smelly. Check the Phipps website for a full rundown of tonight’s schedule, which will include two screenings of Night of the Living Dead (the first, at 8 p.m., features an introduction and post-film Q&A from producer Russ Streiner). The doors at Phipps will remain open until 2 a.m. to accommodate late-night visitors.