Still Strong at 75: The United Steelworkers of America

The organization has fought since its founding to eliminate child-labor practices, establish a 40-hour work week with paid overtime and workers’ compensation for those injured on the job, ensure paid vacation time and protect pensions. 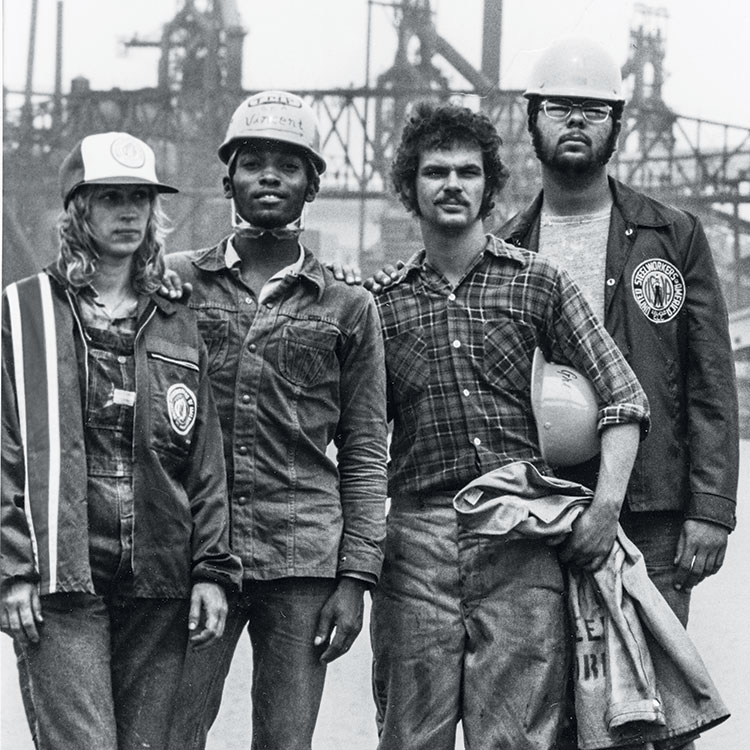 In 1935, Congress passed the Wagner Act, which gave workers the right to form and join unions. Seven years later, the United Steelworkers of America was formed; for the next 75 years, it would continue to fight for workers’ rights from its Pittsburgh headquarters.

The organization has fought since its founding to eliminate child-labor practices, establish a 40-hour work week with paid overtime and workers’ compensation for those injured on the job, ensure paid vacation time and protect pensions.

A series of mergers with other unions in fields from education to health care to glassmaking to whiskey distilleries has made USW the largest industrial union organization in North America.

“The union has evolved over the years just as Pittsburgh has … from just steel to everything,” says R.J. Hufnagel, a writer and editor in the USW communications department.

We break down how the union began and where it is today:

Franklin Delano Roosevelt
The president who signed the Wagner Act of 1935, also known as the National Labor Relations Act

Cleveland
The site of the USW founding convention, although the organization has called Pittsburgh home ever since. Pittsburgh is one of only a few major cities outside of the Washington, D.C. metro area with a major union headquarters, Hufnagel says.

1.2 million
The number of active and retired workers in the United States and Canada the USW represents today

1,693
The number of delegates at the USW’s first convention

8,000
The number of individual bargaining units the USW represents across scores of industries

May 22, 1942
On this date, representatives from the SWOC and the Amalgamated Association of Iron, Steel and Tin Workers joined to create the United Steelworkers of America.

700,000
The number of workers in the United States and Canada USW represented in 1942