Steelers Will Declare a 'No-Fly Zone' With First Round Pick

Save yourself from countless nonsensical mock drafts. The Steelers are locked in on one player. 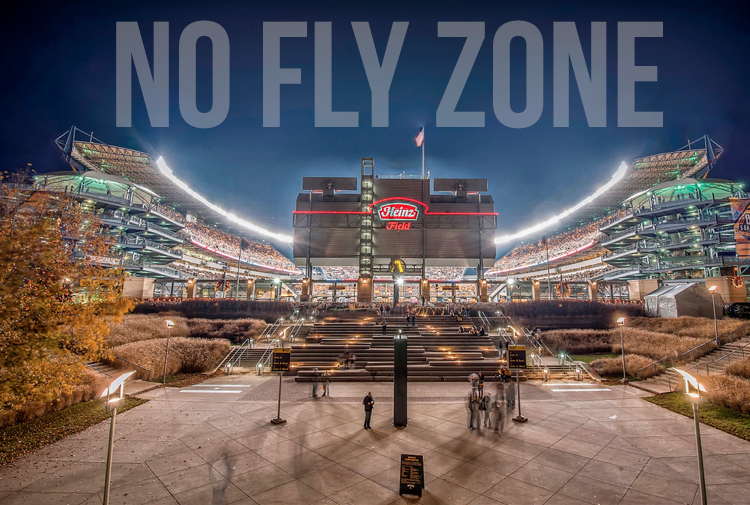 Technically, we’re still a month away from the 2014 NFL Draft, but it’s not too early to get acquainted with the newest future member of the Pittsburgh Steelers.

He was voted the best defensive back in college football last season. He’s a physical, punishing cornerback who loves to dive head-first into the backfield in run support. As Steelers scouts once said of a young Jack Lambert, he has "a lust for contact." Best of all, he excels at playing press-man coverage — a glaring weakness for a Steelers team that has to deal with monster receivers A.J. Green and Josh Gordon twice per season.

Meet Darqueze Dennard, the Jim Thorpe Award-winning cornerback from Michigan State. Despite the endless cycle of second-guessing and anonymous sourcing that powers ESPN’s TV Chucklehead Echo Chamber, the Steelers essentially are locked in to Dennard in the first round. So save yourself from Mock Draft click bait. Here’s why the man nicknamed “No-Fly Zone” is the only choice.

No, they’re not mulling taking a wide receiver early.
The Steelers just signed a reliable slot guy in Lance Moore (who had a robust 65 receptions just two years ago in New Orleans) and a roll-of-the-dice deep threat in Darrius Heyward-Bey. Plus, the ghost of Limas Sweed still roams the halls of Heinz Field. And that ghost is falling down and clutching its ethereal hamstring.

If you’re still dubious about the Steelers lining up with Antonio Brown + Lance Moore + Markus Wheaton + Darrius Heyward-Bey in the prime of (a now startlingly 32-year-old) Ben Roethlisberger’s career, well, you should be dubious. It’s a potentially thin corps. But you have to make choices in the salary-cap era, and the Seattle Seahawks proved that you don’t need a superstar reciever to win a Super Bowl, even in the NFL’s Nerf Ball Era.

They’re not going to take a defensive lineman in round one.
This certainly could have been a possibility. The Steelers desperately need to improve a pass rush that was uncharacteristically abysmal in 2013, when the team was tied for 25th in the NFL in sacks. The dearly departed Ziggy Hood was so poor that the Steelers were essentially running a 2-4 defense for most of the season. Unfortunately, the only 3-4 fit within the Steelers’ reach is Notre Dame’s Louis Nix III, a gargantuan nose tackle who helped lead the Irish to the national championship in 2012. The problem is that Nix flopped in 2013, dropping his tackle totals from 50 to 27. The Steelers can afford to wait until the second or third for a backup for the recently signed Cam Thomas. What they can’t afford is another first-round bust like Hood.

They’re not going to (have the chance) to take Justin Gilbert at No. 15
Here’s how bad the average Mock Draft is: Even ESPN’s golden child Todd McShay still has the Steelers taking safety Ha Ha Clinton-Dix with the No. 15 pick in his latest edition. That became a preposterous proposition after the Steelers committed five years and $25 million to safety Mike Mitchell in early March.

Equally ridiculous: Both McShay and the evangelically coiffed Mel Kiper have the Detroit Lions taking a WR at No. 10, even after they signed Golden Tate last month. The Lions would be stupid — the caveat here being that they often are guilty of this trait — to invest such a high pick in a player that would get, at most, three balls per game thrown in his direction playing behind Calvin Johnson and Tate.

The Lions are going to take the other elite cornerback in the draft, Oklahoma State’s speedy Justin Gilbert, to bolster a pass defense ranked No. 23 in the NFL last season. Some like Gilbert’s speed. Others like Dennard’s physicality. They’re different players. But Steelers fans can save themselves a lot of pointless comment section treatises, because Gilbert will be off the board.

So, what do you need to know about Dennard?
First and foremost, scouts seem to agree that Dennard is more pro-ready out of the box than Gilbert. Ike Taylor, Cortez Allen and William Gay are a below-average trio, and the Steelers need someone to step in this year and play downs. Dennard was a press specialist at Michigan State, where he had four interceptions and broke up a team-high 10 passes in 2013 while playing mostly on an island.

Dennard is what you might call “chippy.” He's a jam specialist who constantly uses his hands at the line and steps directly into the path of receivers to cut off their route. This could draw more interference calls in the NFL. But as the Seahawks proved in 2013, referees can’t throw flags on every play. It pays to be aggressive in the long-run.

So what’s the downside? Dennard isn’t huge for a press corner. At 5’11”, 200 pounds, he could find life on an island with 6’4” A.J. Green to be not so copasetic. He also lacks the top speed to be able to cover elite receivers without safety help over the top.

If you’re thinking the Steelers are getting the next Richard Sherman or Brandon Flowers, you should curb your enthusiasm. But by drafting Dennard, the Steelers finally will have a physical corner who can make the first 5 yards a slog for big receivers. Too often, the Steelers’ undersized secondary was on the back foot last season — reacting instead of attacking.

Calvin Johnson torched the Steelers for 179 yards. Rob Gronkowski went for 143. Even Jerome Simpson ripped off 124.

Signing Dennard is essential to making the Steelers a hard team to play against. Remember those days?