Steelers Rookie Getting His Ducks in a Row

Off-the-radar, out-of-nowhere quarterback candidate Devlin Hodges is making a name for himself at Saint Vincent College. Can the NFL really be his true calling? 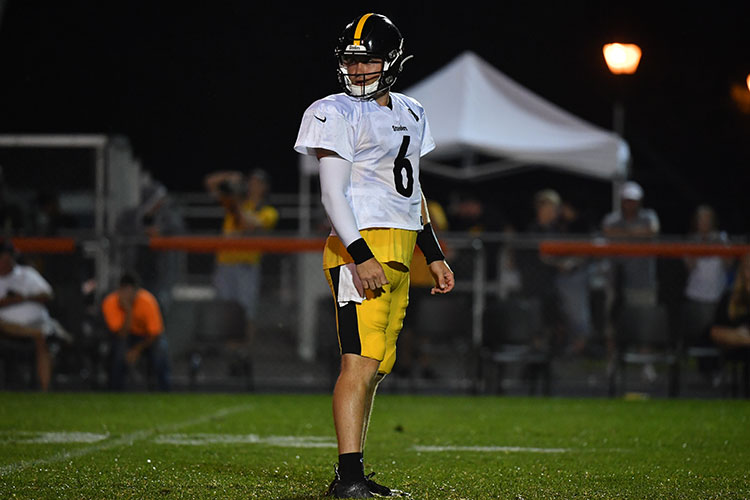 The dark horse candidate to crash the Steelers’ party at quarterback is a former world champion duck-caller.

I didn’t know there was such a thing, either.

But you should also know this about Devlin Hodges – he’s serious about his physical skill set, his potential and his intentions.

Hodges has already made his point to an extent, just by his continued presence.

He first arrived as a tryout candidate to rookie minicamp (the Steelers always bring in a few of those each spring just so they can actually practice). His performance there earned him an invitation to OTAs and training camp. And his play since then has suggested everyone in the NFL miscalculated Hodges' value repeatedly.

He wasn’t drafted coming out of Samford, which is understandable since Hodges lacks the prototypical QB size at 6-foot-1 and 210 pounds, and since Samford plays in the FCS and not the SEC.

“It was definitely kind of frustrating,” he acknowledged. “I definitely thought something was going to happen.

“But at the end of the day, five years from now, it don’t matter who got drafted or whatever. It matters who’s still playing. I got a shot. If I happen to make the team, looking back here in a couple years, I think the way it happened will fit me.” 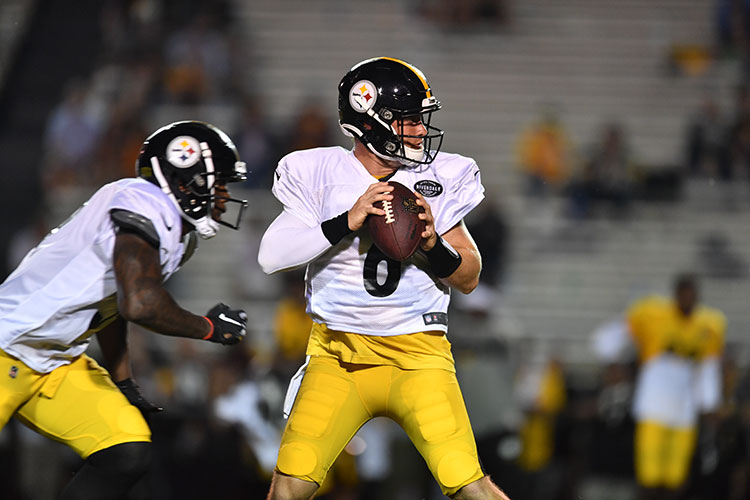 Hodges has gotten the Steelers’ attention because of the nerve he’s shown in the pocket, because of his ability to make all the throws and his accuracy when doing so.

When he drops back and plants his back foot, the ball’s coming out hot.

He’s playing with poise and a purpose.

Josh Dobbs, the backup to Ben Roethlisberger last season, is too often turning every passing rep into a scramble drill.

And Mason Rudolph, who was supposed to battle Dobbs for the No. 2 spot this August, is holding the ball too long.

If you polled the talent evaluators based on what they’ve seen so far at Saint Vincent College regarding the pecking order behind Roethlisberger, Dobbs would be No. 4 and there’d be an argument as to whether Rudolph or Hodges checked in at No. 2.

Hodges must continue to fight long odds in his quest for a roster spot. 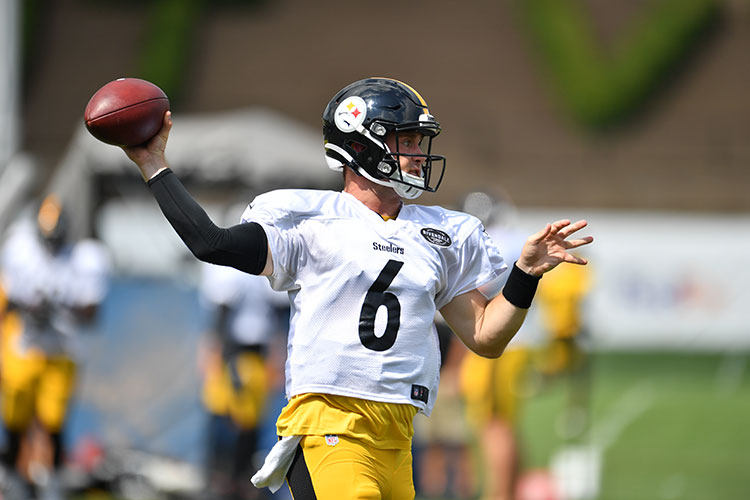 Dobbs is a former fourth-round pick from Tennessee in 2017 and Rudolph a third-round selection out of Oklahoma State last season.

The Steelers will be reluctant to part ways with players in which so much has already been invested at this stage of their careers.

But that doesn’t mean they won’t be watching the preseason games closely.

Head coach Mike Tomlin said Hodges would get the opportunity he deserves in the first two weeks of the preseason, either Friday against Tampa Bay or a week from Saturday against Kansas City.

“We’re not taking his presence for granted,” Tomlin maintained, “and neither is he.”

Added Hodges: “I feel like I’m competing at a high level. I’m definitely giving myself a chance.