Proceeds from the sale of Steel City Cotton Works’ “Pittsburgh is Stronger Than Cancer” T-shirt benefit Williams’ efforts to pay for mammograms for local women. 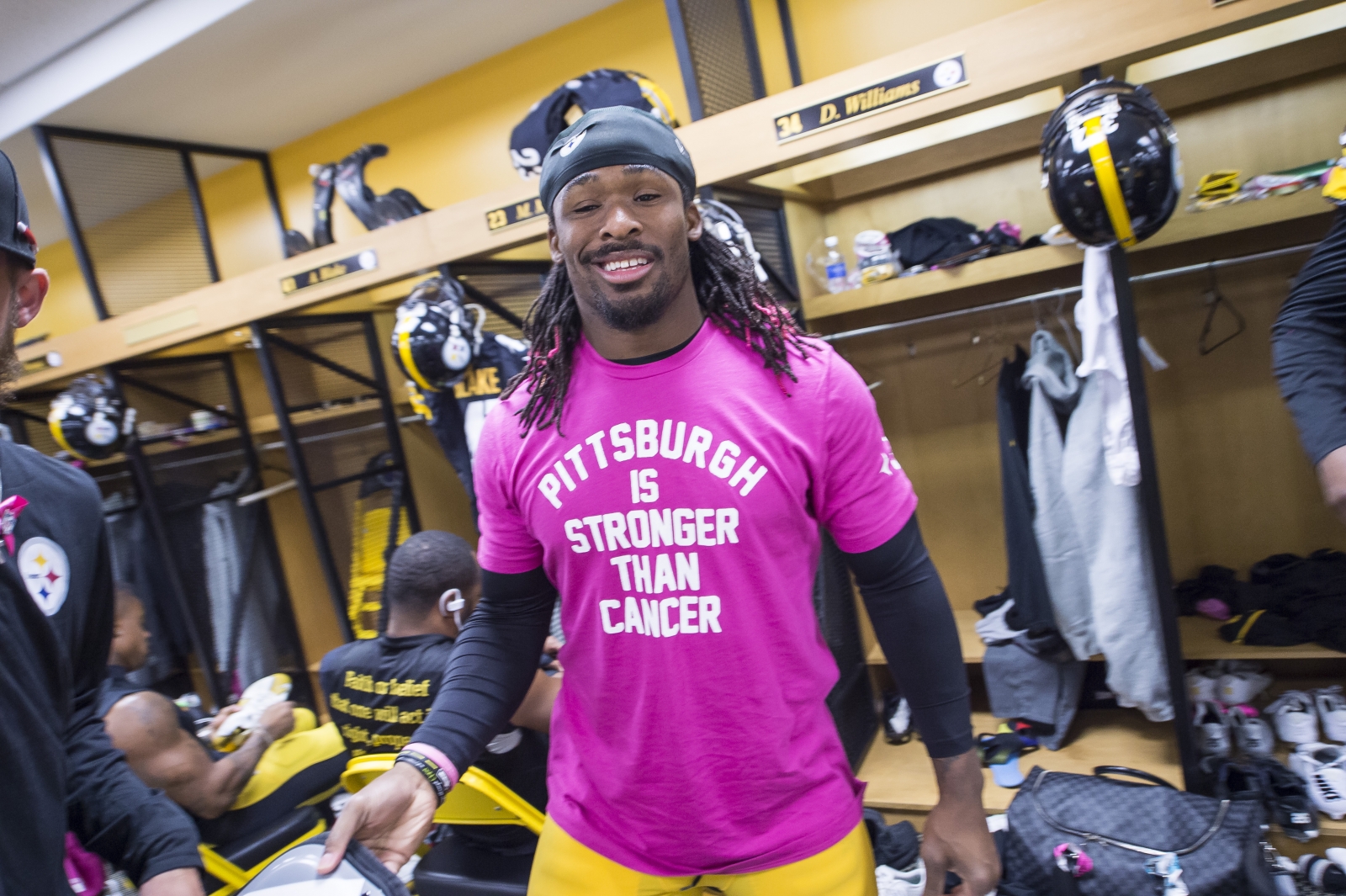 Lately, Steelers running back DeAngelo Williams, and his pink-tipped hair, has been getting as much attention for his moves off the field than he is for his ability to dodge defenders.

The NFL recently denied Williams — whose mother died of breast cancer more than a year ago — his request to wear pink on the football field beyond October, which is when many football players and coaches don pink accessories in honor of Breast Cancer Awareness month.

Despite the setback, Williams still is finding ways to support breast cancer survivors and patients — and to wear pink.

Prior to Sunday’s win over the Arizona Cardinals, Williams was seen sporting a bright pink T-shirt with the words “Pittsburgh is Stronger Than Cancer” on it.

Steel City Cotton Works owners Brandon and Carly Grbach say they were inspired to create the T-shirt after learning of the NFL’s decision to deny Williams’ request.

“If the NFL won’t let DeAngelo Williams wear pink all season to honor his mom, then we will,” the Grbachs wrote on the Steel City Cotton Works website.

At Williams’ request, the Grbachs dropped off more than 100 of the same T-shirts to the Steelers locker room before Sunday’s game for his teammates, including tough guy James Harrison, and staff to wear off the field.

But the T-shirts aren’t exclusive to the Pittsburgh Steelers.

Throughout the month of October, Steel City Cotton Works will be selling the “Pittsburgh is Stronger Than Cancer” T-shirts [$29.99] on its website.

Proceeds from the sales benefit Williams’ fundraising project — part of the nonprofit DeAngelo Williams Foundation to support breast cancer awareness initiatives — to pay for 53 mammograms for women in Pittsburgh and in Charlotte, where Williams played before joining the Steelers. The number is in honor of Williams’ mom, Sandra Hill, who was 53 when she died of breast cancer.

“DeAngelo has committed to pay for 53 mammograms, but we are hoping this shirt will pay for 100,” the Grbachs wrote on their website. “In Pittsburgh, we are family.”

This article appears in the October 2015 issue of Gotta Have It.
Categories: #GottaHaveIt