Steelers May Be Ready to Drop ‘Bumblebee’ Throwback Uniforms After 2016

The black-and-gold striped jerseys have generated plenty of fan reaction since they were first worn in 2012. 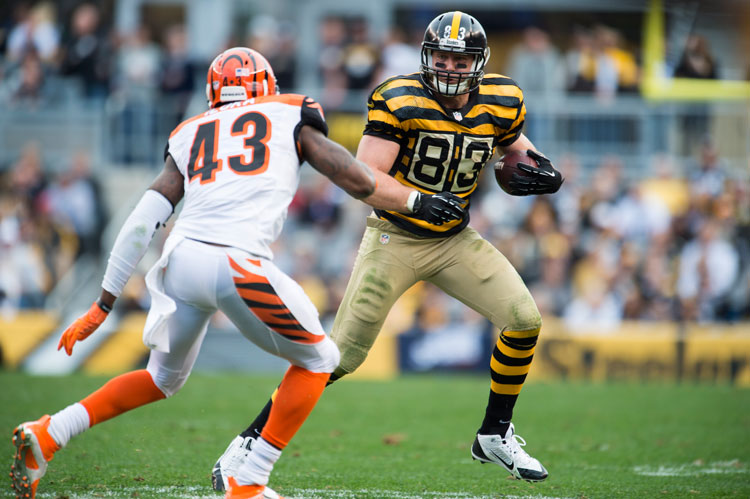 The five-year reign of the so-called “bumblebee” jerseys as the Pittsburgh Steelers' official throwback uniform reportedly will end in 2016.

The NFL allows teams to change their throwback uniform every five years, and according to WTAE-TV, the team is expected to unveil a new “old” jersey for 2017.

The black-and-gold striped jerseys and socks, tan pants and a traditional black helmet were quickly nicknamed “bumblebee” uniforms when they were first worn in 2012. They garnered plenty of fan reaction; some positive, other –– not so much.

The final appearance of the “bumblebee” jerseys is expected to be Oct. 9 when the Steelers host the Jets at Heinz Field.

Will you be sorry to see the “bumblebee” uniforms fly away? Let us know in the comments section below.