Steelers' Latest Soap Opera is Timely If Not Manufactured

All of a sudden the Steelers have that us-against-the-world mentality many a team has sought to manufacture in tough times such as these. 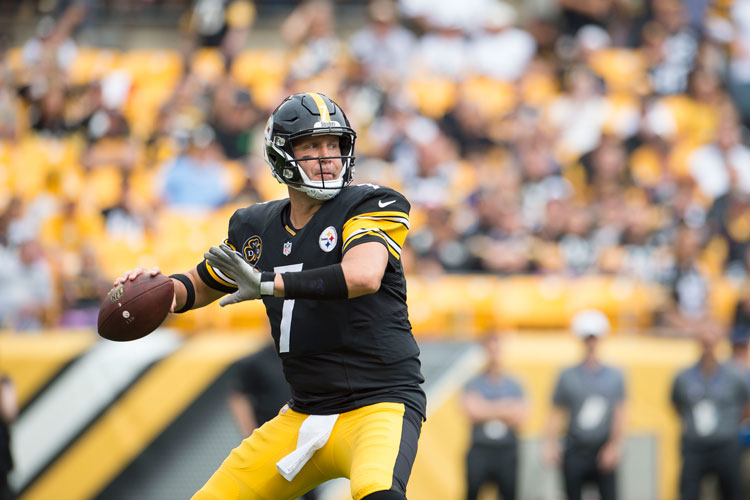 “Maybe I don’t have it anymore.”

It was a staggering revelation given the source (Ben Roethlisberger) and the circumstances (the immediate aftermath of the first five-interception game of Roethlisberger’s career).

It was that bad in the wake of Jaguars 30, Steelers 9 at Heinz Field.

Roethlisberger rallied in the space of that very same postgame interview late last Sunday afternoon and pivoted 180 degrees, subsequently insisting “nobody in this room ever has doubt.”

Wednesday –– Roethlisberger’s regularly scheduled weekly media session in the locker room on the South Side –– was more about defiance than doubt.

The national media would disagree, and has since late last Sunday afternoon engaged in a significant debate regarding how invested Roethlisberger truly is this season given his public contemplation of retirement last off-season, and his relatively sub-standard performance so far this season.

Roethlisberger dismissed it all as the ramblings of “talking heads” and “supposed experts.”

That doesn’t mean it isn’t out there, hanging in the air like another pass waiting to be intercepted.

In between the Roethlisberger interview sessions late last Sunday afternoon and today, Mike Tomlin took a stab, when asked, at determining where Roethlisberger was coming from and what he had meant in his moment of post-Jacksonville despair.

“Ben is a big-time competitor, an emotional guy,” Tomlin observed. “He’s not afraid to tell you guys the truth in terms of how he’s feeling in particular moments.

Except it was late last Sunday afternoon, if only momentarily.

At 3-2, the Steelers are disappointed but not devastated.

And the contributing factors to Roethlisberger coming up one pick shy of a six-pack against Jacksonville were such that Tomlin was willing to acknowledge Roethlisberger’s worst game as a professional “wasn’t catastrophic.”

But they’ve been sleepwalking this season to a degree, the team collectively and the QB in particular.

The sudden assault on Roethlisberger –– locally and nationally –– heading into a game against undefeated Kansas City in what for visiting teams is one of the NFL’s most uncomfortable venues may yet provide a much-needed rallying point for the QB and the Steelers.

It might turn out to be the perfect wake-up call for a team that needs one, even if it was Roethlisberger who, unknowingly or otherwise, dialed the phone.

He still has it and he knows it; that’s not yet an issue worthy of consideration.

What he’s had since late last Sunday afternoon has been the perfect response to a rare moment of self-pity Roethlisberger, in retrospect, probably wishes he’d never revealed.

Roethlisberger’s teammates and Tomlin have subsequently rallied in support of their QB.

And all of a sudden the Steelers have that us-against-the-world mentality many a team has sought to manufacture in tough times such as these.

It’s not a conspiracy theory as much as it is a happy coincidence.

Nobody ever gave me a chance?

This is Hines Ward on steroids.

“There are a lot of guys that I have a lot of faith, trust and belief in,” Roethlisberger added today regarding his teammates in a media exchange that was subtly conciliatory and combative. “I hope that they have it in me.”

Roethlisberger knows they do.

Reactions from the Steelers since late last Sunday afternoon have provided public confirmation.

And that’s something a team that’s badly in need of a jump-start can build upon in Kansas City.