The performance of the defense recently inspired blunt criticism from one of its own players while the offense, too, has been too inconsistent. 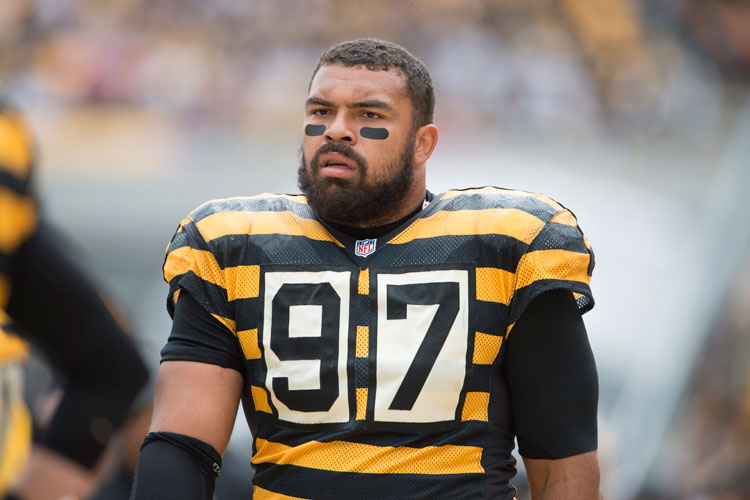 The loss to the Patriots that ushered the Steelers into their bye was representative of the progress that hasn’t been made over the season’s first seven games.

It was also enough to convince Cam Heyward to say what no teammate ever wants to hear.

It doesn’t get any worse than that, other than “you’ve been traded to Cleveland.”

Heyward hadn’t played in either one of those games.

Still, he had seen enough.

“When you know what they’re going to do and they run the ball, stop it. That’s all I meant by that.”

It speaks to Heyward’s stature as a player and his standing in the locker room that assistant head coach/defensive line coach John Mitchell was all in favor of Heyward expressing himself in such a fashion.

“Cam is a guy I respect,” Mitchell said. “Cam has a lot of pride. If he feels that way, I’m happy, because he’s going to let other people know that’s not acceptable.

“If you’re going to be a player on the Steelers’ defense, you have to play up to the standard every day.”

It speaks to the performance of the defense through the first seven games that Heyward also talked about the ability to “knuckle up” and play “big-boy football” as characteristics the Steelers have too often lacked.

Heyward’s eventual return from a hamstring injury will help, but it won’t solve all of the Steelers’ problems on defense.

He was, after all, on the field on Sept. 25 in Philadelphia.

When he gets back he’ll rejoin a defense that has yet to consistently rush the passer effectively, yet to find a way to keep Ryan Shazier healthy, yet to get prized draft picks Artie Burns and Sean Davis on the field and contributing significantly together in the secondary as needed, yet to take the ball away as required and yet to cover New England tight end Rob Gronkowski (something of a Pittsburgh tradition).

As last season progressed and through the offseason, the preseason and early this season, this was a defense that had appeared to be making progress.

At 4-3 and in the wake of New England 27, Pittsburgh 16, these appear to be the Same Old Steelers on defense.

That was once thought to be a problem the Steelers’ embarrassment of riches on offense would be able to work around.

But the offense, too, has been too inconsistent.

Ben Roethlisberger’s eventual return from a knee injury will go a long way toward fixing that.

But this has still been an offense that too often hasn’t been able to inflict on the road the damage it’s done to opponents at home.

Roethlisberger, don’t forget, was on the field in Philadelphia and on Oct. 16 in Miami.

There’s a significant difference between “inconsistent” and “inept,” but in the long run neither is good enough.

In the best of times, the Steelers are a contender.

But too often over the course of the first seven games, the Steelers haven’t been at their best.

They haven’t quit, but nor have they been consistent enough, competitive enough, prideful enough and resourceful enough to fight through the injuries, the officiating, the opposition (did I mention Gronkowski’s still open?) and the myriad of other challenges an NFL schedule presents in a manner that suggests they’re anything more than they were a season ago.

That was a playoff team that fell short of the Super Bowl.

The have nine regular-season games remaining, beginning on Nov. 6 at Baltimore, to change the narrative.