Steelers' Heath Miller: ‘As Unselfish As They Get’

For the best tight end in franchise history, there’s dignity in his decision to walk away despite having gas left in the tank. 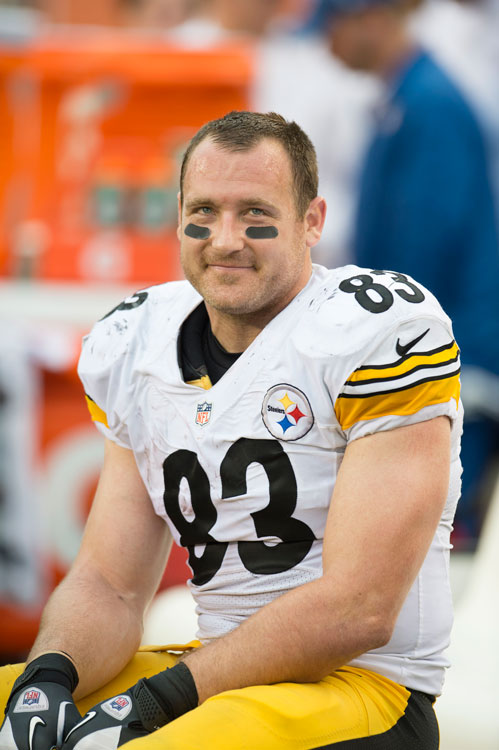 In departing a game infamous for chewing up injured players and discarding them out as damaged goods or for unceremoniously jettisoning those whose skills have clearly diminished, Heath Miller managed to make a graceful exit.

And in that context his career couldn’t have had a more appropriate ending.

He didn’t hit the walk-off home run that Jerome Bettis had back in 2005, that Peyton Manning presumably did this season.

But Miller’s retirement last week after 11 seasons with the Steelers was the next best thing.

The team didn’t win the Super Bowl but it overcame adversity, contended and eventually at least went down swinging.

The 2015 Steelers became “something special,” in Miller’s estimation, they became “a real team.

“It wasn’t about individuals, it was about getting the win,” he maintained. “We all believed in each other.”

Miller’s contributions were critical to that end and to the bitter end.

“He certainly was still a good player for us, still could have been a good player,” General Manager Kevin Colbert told Steelers Nation Radio.

Colbert was referencing what we’d seen from Miller last season and what we might have seen has there been another season.

Unquestionably, there was gas left in Miller’s tank.

And for Miller there’s dignity in his decision to walk away despite that being the case.

This wasn’t the offense conspiring to make sure Hines Ward got to 1,000 career receptions by the end of the 2011 season to eliminate any temptation to have Ward return in 2012. Ward retired right after he realized no one had any intention of signing him.

This wasn’t Troy Polamalu –– as iconic a player as the post-1970s Steelers have produced –– staying one year too long at the party in 2014. 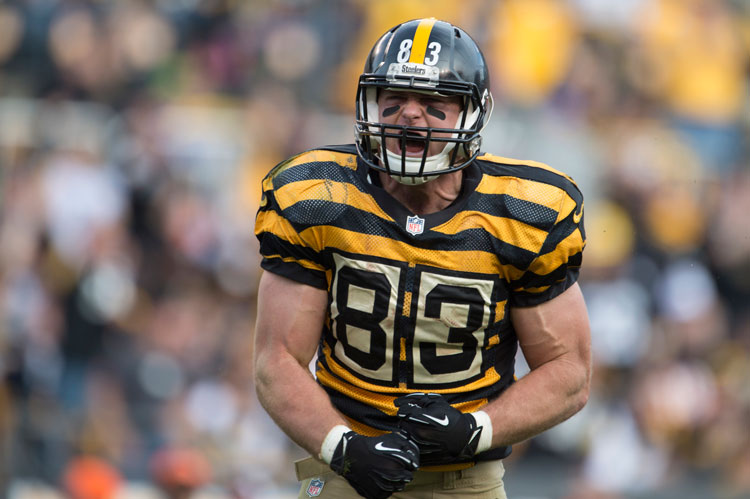 Miller was still Miller while catching 60 passes for 535 yards and two touchdowns in what turned out to be his final season with the Steelers.

And, as always, what turned out to be his final contributions were about so much more than the numbers.

Two stand out from a season that saw the Steelers come within three minutes of beating the eventual Super Bowl champions in the second round of the playoffs.

The first occurred on Oct. 12 at San Diego.

Faced with a third-and-10 from the Chargers 17-yard line and 12 seconds left in regulation in a game the Steelers trailed 20-17, quarterback Mike Vick turned to Miller down the seam for a 16-yard gain to the San Diego 1. Miller was blown up on the play by Chargers safety Jaleel Addae, who was penalized for unnecessary roughness. But Miller held onto the ball and set the table for Mike Tomlin’s go-for-the-win decision on what turned out to be the game’s final snap.

Should Steelers fans require a snapshot with which to remember the best tight end in franchise history, that catch in San Diego qualifies. 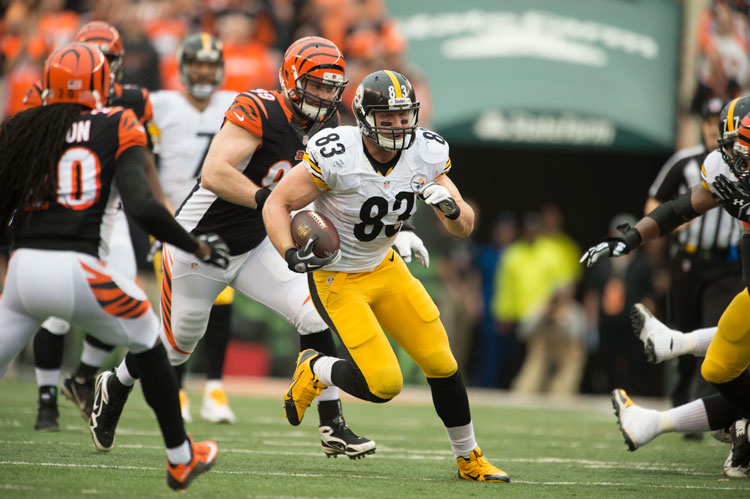 Perhaps an even better one-snap summation of how Miller played the game occurred on Dec. 13 in Cincinnati.

The Steelers led 26-13 and were poised to deliver a knockout punch following an interception by safety Robert Golden and return to the Bengals 16. One first-and-10 with 5:14 remaining Miller was asked to motion from right to left and secure the backside of a carry by running back DeAngelo Williams.

Miller did more than that, getting a shot into Cincinnati’s Michael Johnson that flipped the 6-foot-7, 280-pound defensive end over Miller’s left shoulder and landed Johnson flat on his back.

Williams wound up exploiting the cutback lane Miller’s devastation had created for a gain of 10 and the Steelers were on their way to putting the game away.

“Not a lot of tight ends would stick their nose in there and spring a big run,” quarterback Ben Roethlisberger observed of Miller. “He does it and is just so selfless about it.”

That was Miller in a nutshell, right up to and right through his retirement.

“He gave this the proper amount of time for himself but he also wanted to give us some leeway so that we can maybe go about the business of adding another player at his position,” Colbert said. “As unselfish as they get is what we think about Heath and his timing for this decision. We respect the heck out of that.

That’s the way Miller has long been destined to be remembered.