Steelers' Fortunes May Rest on One Struggling Wide Receiver

Martavis Bryant is just a piece of the puzzle, but the way this team is constructed, he’s a critical piece. 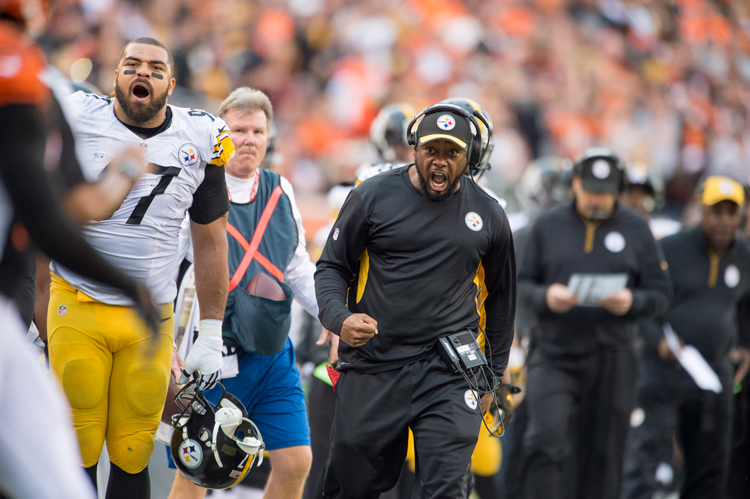 It’s tough to be 6-foot-4, 211 pounds and invisible, but Steelers wide receiver Martavis Bryant somehow has pulled it off.

The next thing to disappear might well be the Steelers from the NFL’s postseason.

Bryant, a second-year receiver whose second NFL season was delayed by a suspension, isn’t the Steelers’ best player. But with his aforementioned size and uncanny ability to achieve top-end speed in a relative heartbeat, Bryant is in possession of the Steelers’ most unique physical skill set.

When properly applied, that has proven to be a difference-making component –– one that has provided the perfect complement to Antonio Brown and has helped conspire to make the Steelers’ offense as combustible as they come.

But it’s been long enough since any of that happened that it’s beginning to become difficult to remember what it looked like.

Bryant’s first five games this season resembled the 10 he played as a rookie in that he averaged a touchdown a game (it was eight in 10 games in 2014, nine in 11 if you include the playoff loss to the Ravens).

But Bryant has just one touchdown in the six games since (none in the last four). And in his last two games combined he has two catches for 6 yards.

The second of those two games was Sunday’s 28-12 victory in Cleveland, an exercise during which the offense stumbled and sputtered for long stretches. Bryant didn’t start against the Browns (they went with Brown, Markus Wheaton and Darrius Heyward-Bey in a three-wide receivers set) and he didn’t finish, either. And it looked suspiciously like the reason Bryant played only 12 offensive snaps was that he screwed up on what became an interception and was subsequently benched. 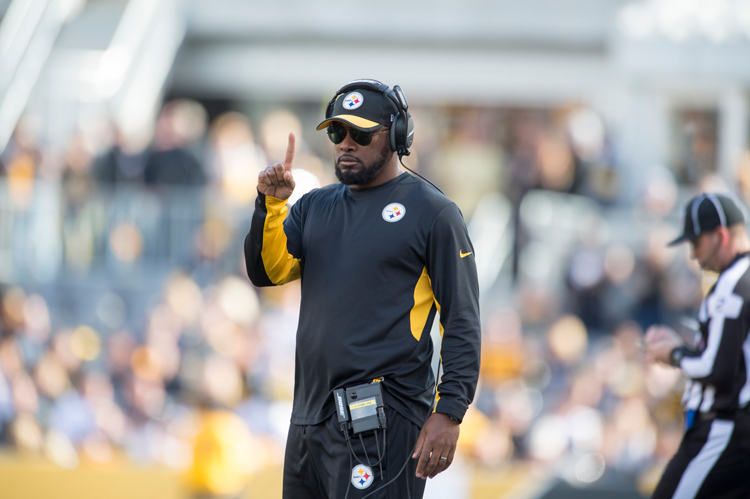 Head coach Mike Tomlin had said in the immediate aftermath that an undisclosed injury had been the reason Bryant had vanished.

And Tomlin was equally cryptic during his press conference in advance of Saturday night’s playoff date in Cincinnati when asked about his enigmatic receiver.

“He sustained a minor injury that we wanted to help him get through,” Tomlin maintained. “He missed a lot of time during the (previous) week because of illness. Often times when young guys don’t get an opportunity to practice they lack a little detail in play.

“I’m not going to get into details about what unfolded on that interception other than to acknowledge that (Browns S Jordan) Poyer made a nice play.”

Bryant’s game has degenerated beyond not making the tough/competitive/combative catches great NFL receivers have to make (the type the Bengals demand an opponent make or else).

Bryant’s just a piece of the puzzle, but the way this team is constructed he’s a critical piece.

Without him it just doesn’t fit together the way it needs to, particularly given the construction and the capability of the Steelers’ defense.

So there’s that to sort through as the Steelers continue getting ready to battle Cincinnati.

Bryant figures to be in much better shape physically than injured running back DeAngelo Williams (foot).

But will Bryant show up?

The Steelers have until Saturday to find a way to answer that question in the affirmative.

Failing that, they can begin the offseason contemplating what to do about it while commiserating over an opportunity lost.