Steelers’ Draft Should Start with a Devin, After That, Who Knows?

Sifting through the prospects and trying to determine the significance of Batman suits, Hall-of-Fame relatives, The New Yorker and Whataburger is all a part of the annual challenge facing Steelers GM Kevin Colbert and company. 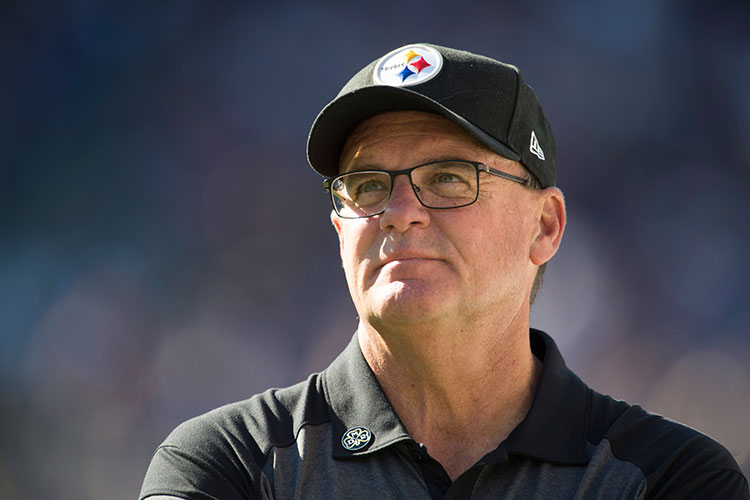 Back in November, when the Chiefs outlasted the Rams, 54-51, the NFL’s transition to pinball appeared to at long last be complete.

But by the time February rolled around Super Bowl LIII was won, 13-3, mostly by running the ball and by playing defense.

“Put the Super Bowl back on and you’ll see what real NFL football is all about,” former Colts president Bill Polian told the NFL Network during coverage of the NFL Scouting Combine in February. “The guys with the Patriot on their helmet ran power, ran counter. They ran stunts, kept the quarterback in the pocket. They played a physical, powerful game.

“You still need to run the ball and you need to still be physical on defense to win in the National Football League over 16 games.”

Who knew it would ever come back to that?

I mean, besides Bill Belichick?

The rest of the league, presumably, will continue trying to catch up to New England this week.

As if on cue, the NFL Draft will present for selection an abundance of defensive candidates.

That’s good news for the Steelers, who need a running back, a tight end and a wide receiver, but not nearly as much as they need more reinforcements to help fuel the perpetual rebuild of the defense.

The Steelers can’t afford not to.

As for how the rest of the draft might play out, the possibilities are as seemingly endless as the prospects are fascinatingly diverse.

Here’s a round-by-round look at a few of the most intriguing, not as future Steelers but just because, for a variety of reasons:

FIRST ROUND (probably): D.K. Metcalf, wide receiver, Mississippi.
At 6-foot-3 & 3/8" and 220 pounds, Metcalf is beyond chiseled. “A human Batman suit,” is how NFL Network analyst Daniel Jeremiah described him. He doesn’t have six-pack abs, he has a 12-pack. And his 4.33 40-yard dash at 228 pounds is freakish. But is Metcalf, who reportedly once ate a Krispy Kreme doughnut while maintaining his 1.9 percent body fat, too big and too bulky?

“At some point he’s going to have to trade in a barbell for a yoga mat,” Jeremiah suggested. “He’s gotta loosen up a little bit. Then you might see him become a more well-rounded wide receiver.”

SECOND ROUND (at the very latest): Nasir Adderley, defensive back, Delaware.
Adderley, at 5-foot-11 & 7/8" and 195 pounds, played cornerback and safety for the Blue Hens.

But his 92-yard kickoff return for a TD against New Hampshire this season is what truly put Adderley in a class by himself.

“I have never seen a dude, on a kickoff return, run somebody over, pause, admire his work, and then take off and go score,” Jeremiah gushed during NFL Network coverage of the Senior Bowl.

You should, too; Google it.

THIRD ROUND (if he slips a bit): Jerry Tillery, defensive tackle, Notre Dame.​
Tillery, at 6-foot-6 & 1/2" and 295 pounds, has some inconsistency on his tape. Another potential strike against him, as bandied about on NFL Network coverage of the combine, was Tillery’s status as a renaissance man. He subscribes to The Economist and The New Yorker. He likes to travel and talk politics.

Apparently, there’s a bit of a question as to whether Tillery is committed enough to football.

“Josh Dobbs (the Steelers’ resident backup quarterback and rocket scientist) had to fight that coming out of Tennessee,” NFL Network analyst Charles Davis maintained. “It’s old-school thinking, but people still talk about it.”

And scouts wonder why they get it so wrong so often.

FOURTH ROUND: Daylon Mack, defensive tackle, Texas A&M.
Mack, at 6-foot  & 1", is a load in the middle, and apparently comes by such status honestly.

“They had Whataburger on all their flights,” Jeremiah explained. “They said he downed three doubles with cheese before the plane took off.”

Talk about a hunger for the game.

He should come in handy if the team bus ever breaks down.

FIFTH ROUND: Gardner Minshew II, quarterback, Washington State.​
Minshew has the nickname (“The Mississippi Mustache”) and the stats (he led the nation with 367.6 passing yards per game last season). But what Minshew, at 6-foot & 1" and 220 pounds, has mostly is a new lease on life after initially deciding to leave East Carolina to begin learning how to coach as a grad assistant at Alabama, only to be talked into playing quarterback at Washington State by Cougars head coach Mike Leach.

The “Mustache” is said to be a fun guy to be around, mostly because he’s apparently never less than exhaustingly energetic.

SIXTH ROUND: Khari Willis, safety, Michigan State.
Willis, at 6-foot & 1" and 213 pounds, can get a defense lined up and he can hit like a truck.

He also gave a speech at the Big Ten Kickoff Luncheon prior to this season on family, overcoming adversity, giving back to his community and reaffirmation.

“Reaffirmation is a reassertion or confirmation of a fact or a belief,” Willis insisted.

Hey, somebody has to speak to the media after the game.

SEVENTH ROUND: Hunter Renfro, wide receiver, Clemson.
He’s slight of build at 5-foot & 10" and 184 pounds, relatively slow and he has small hands, but he catches everything.

That’s how a former walk-on gets to play in three National Championship games, two of which his team won and one of which ended with Renfro catching the winning TD pass.

“He’s not an overly impressive person when you meet him,” Clemson coach Dabo Swinney told the NFL Network during coverage of the Senior Bowl. “But when he puts that helmet on, he’s Superman.”

No wonder there were plays in the Clemson playbook reserved for “Third-and-Renfrow” situations.

Maybe the Steelers end up with one or more of these guys by Saturday evening.

Maybe the players they ultimately select will have even more compelling back stories.

But if one or more of the guys they get appear to be head-scratching selections, don’t fret.

Instead, consider where NFL Network analyst Shaun O’Hara was coming from during the combine while discussing whether N.C. State’s Tyler Johnson (6-3, 306) was tall enough to play offensive tackle in the NFL.

“I don’t worry too much about their height,” O’Hara maintained. “There are guys that break the mold every year and go on to be Hall-of-Fame talents.”

All you have to do is find them.