Steelers 2016: More Than an Also-Ran, Less Than a Champion

The Steelers didn't reach the promised land this season, but to an expert observer of the game, this team is much more than a Super Bowl wannabe. 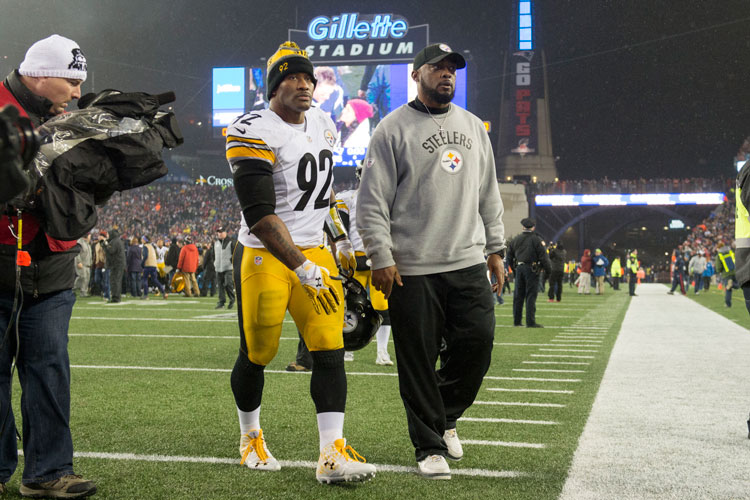 Last week, they had visions of another Super Bowl dancing in their heads.

This week, they’re assessing the wreckage.

The Steelers, as it turned out, didn’t even make it to the confetti game.

Their anticipated run to Houston instead ran into a brick wall in New England.

The more compelling question in the wake of Patriots 36, Steelers 17 is what are we to make of this season and this team?

“It sucks,” defensive end Stephon Tuitt declared of an ending none of the Steelers saw coming.

The nine-game winning streak that had delivered the Steelers to their first AFC Championship Game since 2010, the emergence of running back Le’Veon Bell as a force so unique in approach he was being perceived as potentially unstoppable, and New England’s relatively shaky performance in the playoffs against Houston had conspired to convince all involved even the Patriots could be beaten this season.

It didn’t work out that way.

Instead, the Steelers ended up looking inept on defense, impotent on offense without Bell and, in general, like a team that was light years away from ever beating Tom Brady in a game that really mattered.

They’re a lot closer than that, actually.

They don’t to Mike Tomlin.

He’s not ready to declare the entire season a waste, the way James Harrison, days before the Patriots game, said it should be declared in the event the Steelers ultimately failed get their hands on another Lombardi.

But nor is Tomlin seeking comfort.

“My goal was to be world champs,” he said this week, rather matter-of-factly given the circumstances. “We weren’t that, so you can describe it in whatever way you choose.

“It’s our desire to be world champs. It’s not us this year and there are consequences for not being that. There’s an assessing that comes with not being that, no different than any other year we haven’t won it.”

In other words, it is what it is.

And the Steelers are what they are.

But that’s more than just another Super Bowl wannabe, much more in the estimation of ESPN’s Sal Paolantonio.

“SalPal,” as he’s known in the industry, spoke about the Steelers on the DVE Morning Show days before the New England game.

The context was his trip to Latrobe during training camp, his first pilgrimage to St. Vincent College in 25 years of covering the NFL.

It left an indelible impression.

“It was refreshing to go out there and see the game in one of its purest forms,” Paolantonio insisted. “The mountains were majestic, the day was beautiful. We went out to the field and you see all those fans and how much the team means to them, it was just fantastic.

With or without that elusive seventh Lombardi.