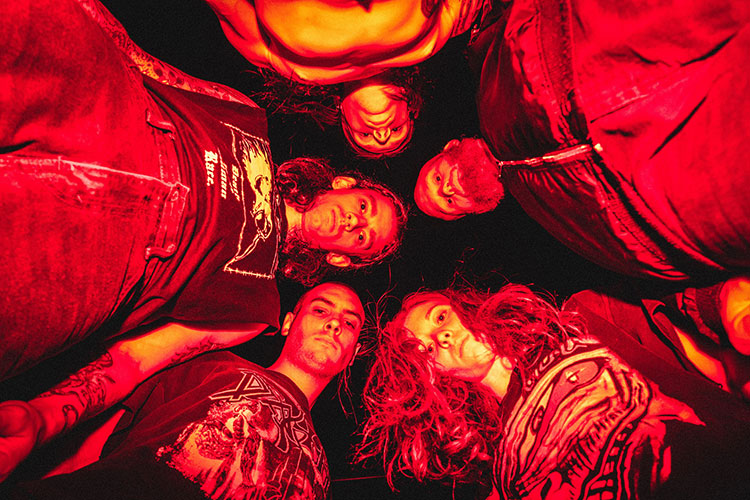 Fiery forging of iron and pounding of steel are an integral part of the Pittsburgh narrative, so it’s appropriate that Code Orange is deeply concerned with “heavy metal.”

The locally born hardcore band has come far at a young age. The quintet, all in their early 20s, was nominated for a Grammy this year, receiving a nod in the Best Metal Performance category for its 2017 track, “Forever.” (It lost out to five-time nominee Mastodon.) On June 1, Code Orange will return home for a show at Mr. Smalls that promises fevered moshpits and all the frantic, doomy, innovative rock that has defined its evolving sound.

The members of Code Orange were themselves forged in another type of high-pressure furnace: high school. Reba Meyers, Eric Balderose, Jami Morgan, Joe Golman and Dominic Landolina met while attending Pittsburgh Creative and Performing Arts School (CAPA) in the late 2000s. They bonded over mutual affinities for the heavy-rock sound — how it embraced the anxiety and aggression of youthful otherness — and a desire to create something fresh and authentic in a genre they considered choked with poseurs. The group has stayed cohesive and close since it formed, pushing a dark, intense and daring sound that defies easy categorization.

Unlike many of the young bands that fail to make it beyond jamming together after school, Code Orange has always had a tenacity to put real grind to its grindcore.

When, in a recent profanity-laden phone call, I ask drummer/singer Morgan what he and his bandmates like to do in Pittsburgh while on break from tour, he lists visiting with friends and family, working out, going out to eat — but mostly working.

That commitment propelled the musicians from their CAPA days into a decade of intensive touring that saw Code Orange playing everywhere from the local scene to arenas in Germany and the Czech Republic. After cutting its teeth at area house shows and local mainstays such as the Mr. Roboto Project, the band moved on to festival appearances and gigs alongside heavyweights: Blink-182, Anthrax, Hatebreed. It also has been featured on WWE programming. But no matter how far the band roams, Pittsburgh remains Code Orange’s home base.

“We love Pittsburgh,” Morgan says. “We played everyplace [in town] … Everywhere, every week. There would be no bands like us if it weren’t for that scene.”

When asked if that hometown love has inspired any special plans for the June show, Morgan’s voice lights up with genuine excitement.

“Yes! It’s a show that really matters to us more than any other show right now. We have a line-up that people in the Pittsburgh scene will really like. We’re bringing in a lot of bands from out of town who don’t normally come here. We’re going to try to do a really cool set, do some cool visuals. Gonna try to give the coolest show we can possibly give up there.”

This article appears in the June 2018 issue of Pittsburgh Magazine.
Categories: Arts & Entertainment