The new escape game is instantly among the best in town. 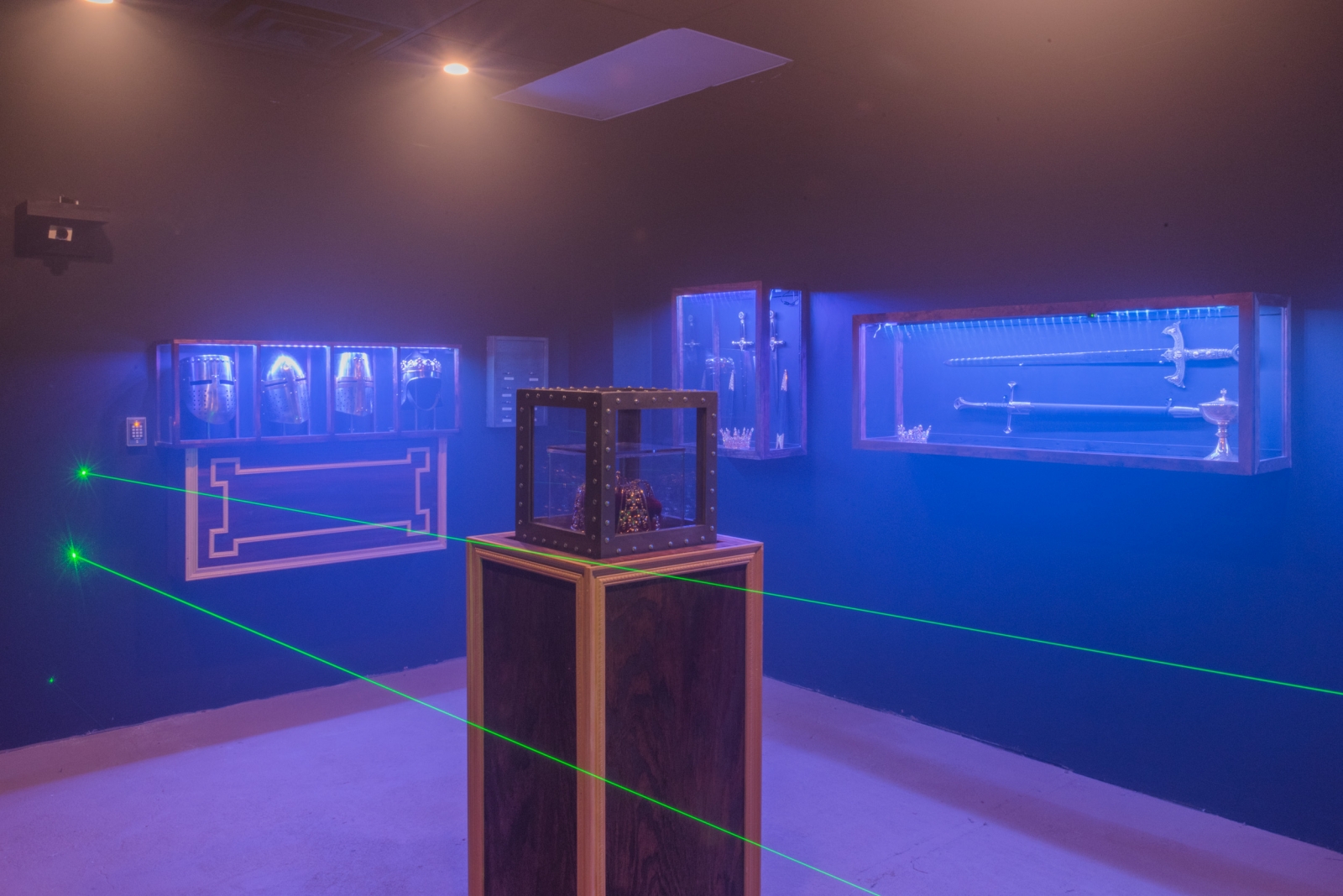 One has relatively few opportunities, in everyday life, to hunt for treasure.

Unless you have millions of dollars you can pour into that hole on Oak Island, there are relatively few spots where you’re likely to find ancient riches. Gone, even, are the days when radio stations would hide loot about town and drop hints on where to find it (“We’ve stashed two tickets to the Eve 6 concert behind a stop sign on Mount Washington.”).

Sure, you could try geocaching, if you’re so inclined — but then, all you’re likely to find is a rolled-up piece of paper.

If you want a real quest for treasure, you’re going to have to go to an escape room.

I’ve reviewed several area escape rooms before and generally been pleased with the results; while the game quality and puzzle difficulty varies in some cases, spending a frantic hour trying to suss out clues and discover hidden hints is generally a good way to pass the time. So I jumped at the chance to take an early look at Escape Room 51, a new space near Century III Mall.

The business promises a space-themed puzzle soon, but it opened earlier this month with “The Royal Heist.” Your mission: Steal the crown jewels. You’ll start in a prison cell in the Tower of London, where a cohort has planted enough keys and clues to get to the goods; from there, you’ll have to disable security systems and unleash the crown.

The folks from Escape Room 51 are closely tied to the team behind IQ Escape — founder/owner Jason Peyton designed several rooms for that company — and elements of “The Royal Heist” will recall some of IQ’s games. That said, though, while I’m by no means an expert, I have to offer some high praise: Among Pittsburgh escapes, “The Royal Heist” is definitely my favorite.

There’s a really great combination of intellect and observation at play in the game, requiring you to both work out detailed codes and clues and carefully observe the room around you; they’ll be moments when you’re frantically searching for a hidden answer, only to find a solution in plain sight. This makes for a very nice division of labor if you have a larger group; you can divide and conquer according to your individual skills, and no one group will get the short end of the stick.

There are a number of really great moments in the game’s final room I won’t spoil here, but I will say that the automated technology used — put the right thing in the right place and the room itself responds — is extremely satisfying. If you make it to the end, the final step necessary to claim victory is remarkable.

“The Royal Heist” is undoubtedly on the harder end, and some novices might be baffled; if you’re curious, I might recommend trying an easier room or two before tackling Escape Room 51. With a little skill, some degree of luck and great timing, though, you can head South and find yourself claiming the Queen’s crown for your very own.

You don’t get to keep it, unfortunately. But isn’t the thrill in the pursuit?