As Carnegie Mellon University begins its search for a new president, we take a look at its history – and the role it will play in the future. 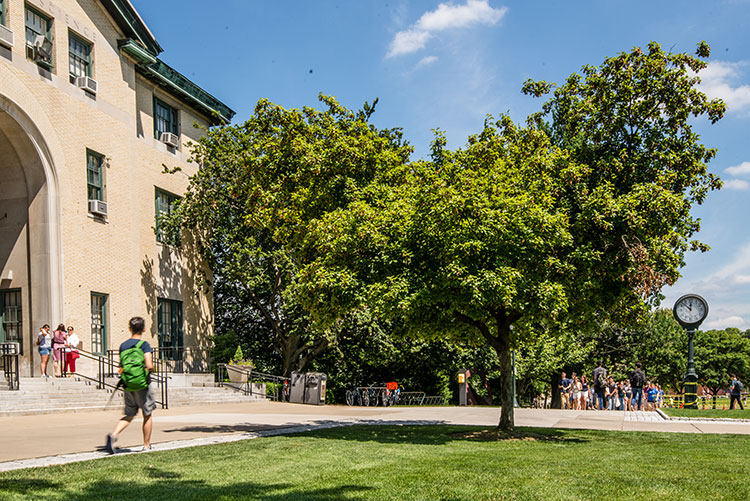 While Suresh served at the university for just four years — an uncommonly short tenure for a Carnegie Mellon president — his time in Pittsburgh mirrors trends seen among other university presidents. In 2006, college and university presidents at both public and private institutions reported they’d served an average of eight and a half years in their current presidency, according to a survey by the American Council on Education. By 2016, that average had dipped to six and a half years.

Nanyang Technological University in Singapore announced in July that Suresh, a renowned scientist and engineer, would serve as its president beginning in January; Carnegie Mellon said it intends to begin a search for a new president this fall, with provost Farnam Jahanian serving as interim president in the meantime.

Civic and educational leaders in Pittsburgh say that Carnegie Mellon won’t struggle to maintain its momentum once a new president is named.

Pittsburgh Councilman Dan Gilman, whose district contains Carnegie Mellon, echoed those accomplishments and said the next president must recognize that the university is “at the heart of the growth of Pittsburgh.”

Those responsible for leading the search for the new president recognize that fact.

“Carnegie Mellon University holds the key to the future for Pittsburgh, the region, and in some ways, the nation,” James Rohr, chairman of the CMU board of trustees, wrote in an email. “From Broadway to Google to Uber, major institutions are lining up to tap the talent and discoveries happening here. Meanwhile, our graduates are providing the next generation of leaders in those industries, or going out on their own to start the next big thing.”

The numbers back it up. Over the past five years, according to the university, CMU has directly or indirectly helped to create nearly 150 startups and has partnered with companies including Amazon, Apple, Disney, General Electric, General Motors and Intel.

Fitzgerald notes that those companies have turned Pittsburgh into a role-model city that’s thriving in a changing economy — one often cited by national media outlets as “a city that’s come back much faster than other Rust Belt industrial cities.” 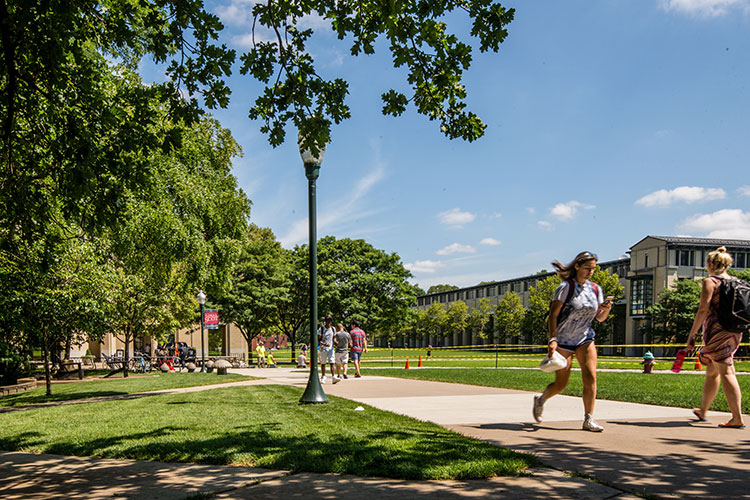 Gilman noted that CMU is at least partially responsible for Pittsburgh’s growth, from revitalized neighborhoods to a vibrant and booming restaurant scene.

While “robotics” and “self-driving cars” might be the most popular buzzwords associated with Carnegie Mellon, the university is home to innovations across countless sectors. Surtrac, a traffic-signal technology born at CMU and first tested in East Liberty, is a strong example of the university’s impact on Pittsburgh itself: According to the university, Surtrac has decreased travel times by 25 percent, reduced idling time by 40 percent, decreased vehicle stops by more than 30 percent and lowered emissions by more than 20 percent.

Elsewhere, CMU’s FarmView combines sensing, robotics and AI to “improve plant breeding and crop management practices in an effort to feed the earth’s projected 9.6 billion people, 20 years from now,” according to the university.

Wasting fewer hours at a traffic light (and reducing emissions in the process) is an important innovation, but knowing that the technology that could solve world hunger is being developed in Pittsburgh is reassuring.

• Approximately $2.7 billion in annual economic impact for Pennsylvania (almost $2 billion goes to the Pittsburgh area)
• Nearly 10,000 jobs in the City of Pittsburgh and more than 17,000 jobs in the region
• More than $380 million in annual research funding
• An additional $161 million in economic impact in the region via its 13,000 students and 70,000 annual visitors
This information is self-reported by Carnegie Mellon University

“Worrying about where the future is going, with respect to technology and science … I think CMU is poised to succeed and meet that challenge better than anybody,” Fitzgerald says.

Jahanian reflected that sentiment, calling the university “a truly distinctive institution, from its strengths in technology and the arts, to its ambitious, data-driven, iconoclastic approaches to questions ranging from how we learn, to how we make decisions, to how we build new institutions.

“Our students and alumni, shaped by a rigorous education that prepares them for creative and collaborative problem-solving, go on to become leaders in the arts, business, policy, technology and much more. The talent and ingenuity that marks every part of the university makes this an inspiring place to work and helps explain the university’s remarkable momentum.”

In spite of Carnegie Mellon’s seemingly inevitable momentum, challenges remain for the next president, from affordability to ensuring the university continues to be a positive influence on everyone in the city — not just those lucky enough to study, teach or work on campus.

“It’s a challenging time not just for Pittsburgh, but for this country, in figuring out economic growth models in the 21st century,” Gilman says, adding that the region has to figure out how to retain not just PhDs, but GEDs. “Given Carnegie Mellon’s central role in economic development, there is a partnership needed in determining how that becomes an economy for all.”

Gilman says it’s important that the incoming president be active in civic conversations on everything from the role of tech companies and supporting the parks conservancy to affordable housing and universal pre-kindergarten.

“We need the leaders of new companies and big institutions to be at the forefront of those conversations,” he says. 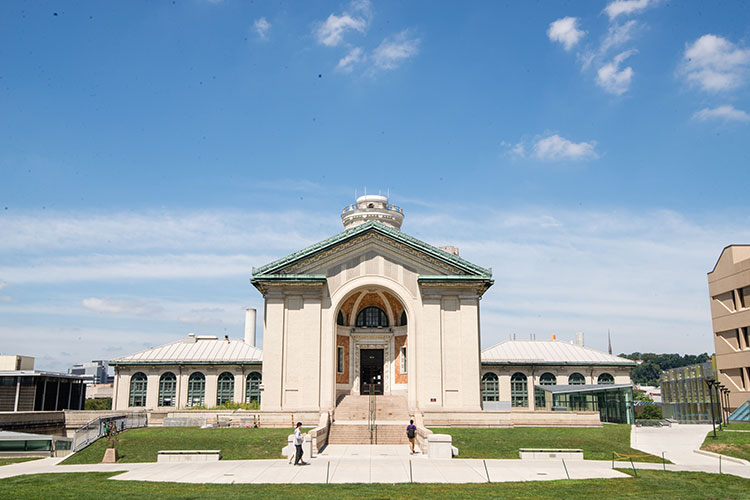 “It is my hope that the person who is lucky enough to lead CMU will have a delighted appreciation for the fact that this globally significant institution has deep roots in the City of Pittsburgh and among Pittsburgh’s storied families,” Ghubril says. “As such, I warmly encourage CMU’s new president to intentionally seek additional ways to further CMU’s positive impact on Pittsburgh’s diverse neighborhoods as well as the world.”

And he notes affordability remains a barrier for some would-be CMU students.

“It is a privilege to get to go to a highly selective school like CMU. It is also a daunting and stressful adventure. This is true for all young people, including graduates of Pittsburgh Public Schools. In recent years, 84 Pittsburgh Promise scholarship recipients attended and flourished at CMU, but not without some struggle. For the sake of all students, we encourage all colleges and universities, including CMU, to use effective predictive analytics to push robust support services to all students, especially those who are first in their families to pursue higher education, and those who come from low income or otherwise disadvantaged communities.”

Gilman noted that some universities are moving toward models that allow for debt-free graduation for students who come from families of need. He recognizes, though, that to make that sort of offer, Carnegie Mellon would need to be a “prolific fundraiser,” which would make it difficult for the next president to both be present and engaged in Pittsburgh and on the road raising money.

That said, Gilman cites education innovations as a top wish-list item for CMU’s next phase. 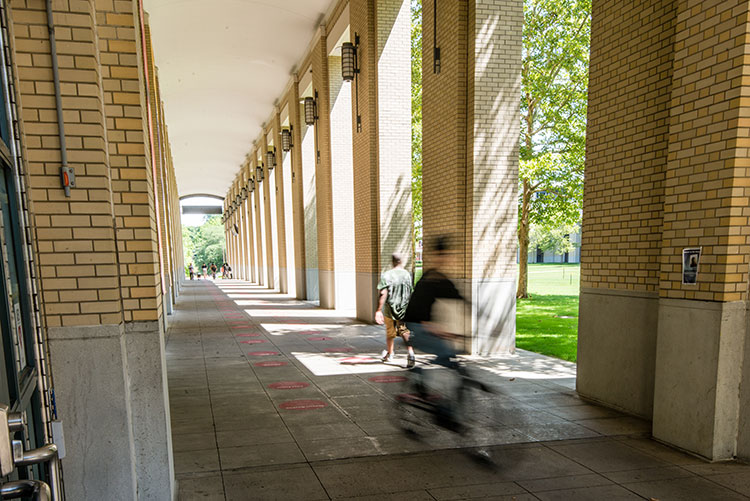 “I’d love to see Carnegie Mellon setting a new standard on community education opportunities,“ he says, ticking off everything from primary education and online offerings to senior education and finding new models for college affordability.

In addition to financial concerns, Carnegie Mellon has a sizable population from outside the United States — 43 percent of its student body, according to internal statistics — and the recent federal ban on individuals from six predominantly Muslim nations could potentially impact CMU students and faculty. Suresh wrote a letter to the university community stating he was “deeply troubled by the news out of Washington” and reiterated the university’s commitment to supporting international students.

But given that the ban remains tied up in court, that could be an issue that faces the incoming president.

“The immigration ban affected some of the students,” says Maria Cuellar, a Carnegie Mellon Ph.D. candidate in statistics and public policy. “The new president will need to decide how political he or she wants to be.”

Although challenges exist, Carnegie Mellon’s new president will walk into a university that’s in the middle of its largest expansion since its founding in 1900, according to CMU, with more than 550,000 square feet of academic space slated to be added by 2019 and at least $520 million in additional campus improvements through 2022.
Gilman notes that while CMU’s rapid growth is a good thing, the next president will have to ensure the university supports its neighbors, business districts and parks.
“Their role as a community anchor is critical,” he says.

This article appears in the September 2017 issue of Pittsburgh Magazine.
Categories: Education, From the Magazine, Hot Reads