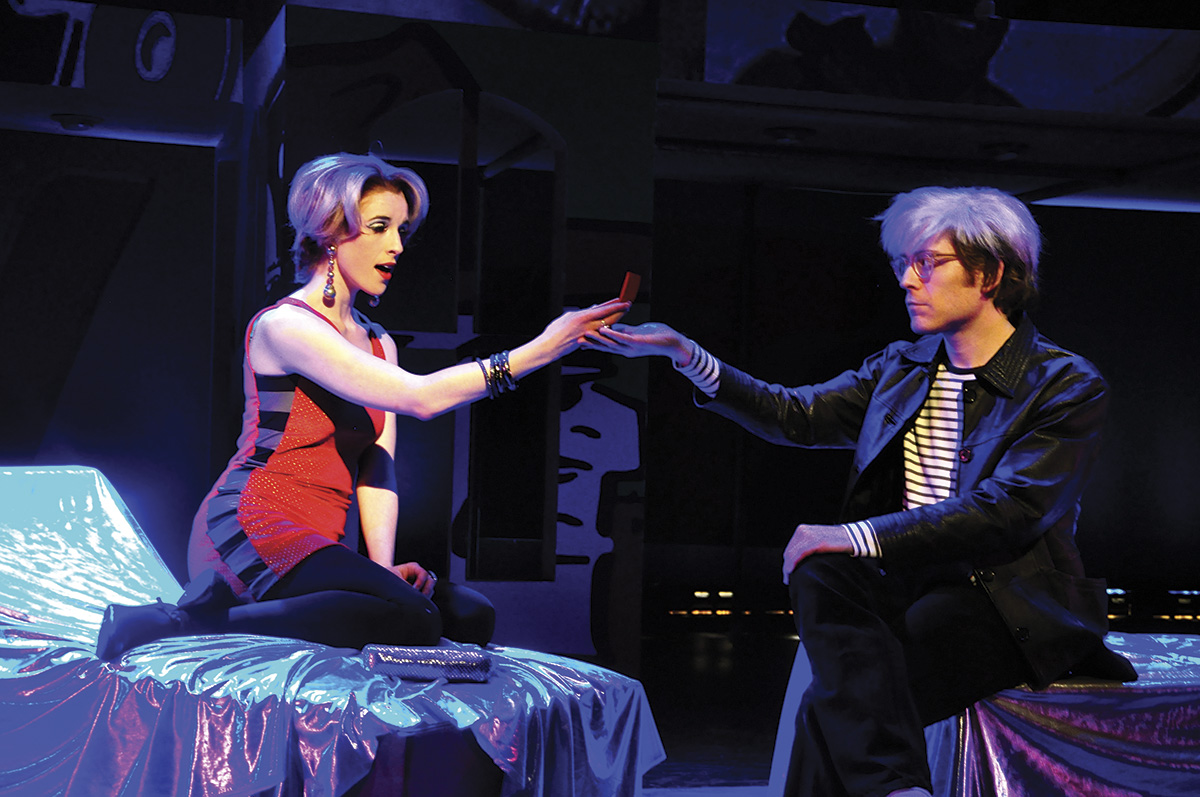 On the evening of May 2, Michael Hollinger was in a quandary. Preview performances of his new play “Hope and Gravity” were to start at City Theatre the following night, but he still wasn’t sure if the second scene was ready.

Hollinger turned to his director, Tracy Brigden, and asked if he could take one last stab at a revision.

“I love that she said yes,” Hollinger says of his conversation with City’s artistic director. “She made a curtain speech before the first two previews explaining why the actors would be performing the scene holding scripts and celebrating the fact that City Theatre is all about developing new works. The play is all the better for it.”

It’s no surprise that Brigden, who’s been in her role for 13 years, responded as she did. Celebrating its 40th anniversary, City long has been renowned for its commitment to developing original plays and presenting Pittsburgh premieres of some of the most compelling contemporary fare American theater has to offer.

The City Players, as the company first was called, originated in 1975. It performed mostly in city parks, the Hazlett Theater and in the University of Pittsburgh’s basement Studio Theater before setting up residence in 1981 in the former Home Plate Lounge on Oakland’s Bouquet Street. In those early years, some of today’s top names in Pittsburgh theater — and even international circles — were getting their start at City: Artistic Director Marc Masterson, director Jed Harris, A-list stage actors Helena Ruoti and Larry John Meyers and set designer Tony Ferrieri, to name a few.

It was Ferrieri, still with City today, who converted the Home Plate Lounge into the beloved 115-seat black box where Masterson began steadily growing audiences with his eclectic, relevant and often daring play selections.

“A lot of our productions had a political/social commentary edge to them, and Marc chose all [of] those plays,” recalls Meyers, who starred in the landmark production of Sam Shepard’s “Curse of the Starving Class,” which inaugurated the venue. “We felt like we were doing stuff nobody else in town would touch.”

Soon enough, the company regularly was playing to capacity audiences, precipitating a move in 1991 to its current campus in the South Side.

In 2001, Masterson accepted the helm at the Tony-winning Actors Theatre of Louisville. Brigden, who had earned her stripes at Hartford Stage and Manhattan Theatre Club, took over at City. In 2003, she created MOMENTUM: New Plays at Different Stages, a springtime festival that has yielded a number of the theater’s world premieres — including “Hope and Gravity.”

“It helps our audience [to] realize that plays don’t come ready-made out of a can,” says Brigden. “They can actually experience the play being born for the first time.”

The six-play subscription lineup opens with “Outside Mullingar” by Pulitzer- and Tony-winning playwright John Patrick Shanley; it runs Oct. 11-Nov. 2. Fresh from its Broadway world premiere and Tony nod for Best Play earlier this year, the “Moonstruck”-style love story receives one of its first regional productions at City.

Next up are the back-to-back world debuts of “Smart Blonde” by Willy Holtzman and “Mr. Joy” by Daniel Beaty, both of which were developed at MOMENTUM. “Smart Blonde” looks back on the life of Judy Holliday. Celebrated musical theater actress Andrea Burns portrays the lead role, while two other actors play all the remaining roles, including Marilyn Monroe. A single actor plays all nine characters in “Mr. Joy,” a play about the impact a beloved Chinese immigrant leaves behind in his Harlem community when he is senselessly murdered.

Rounding out the season are the regional debuts of “Elemeno Pea” by Molly Smith Metzler, a “have-and-have-nots” comedy; “Oblivion” by Carly Mensch, centering around an ultra-lib couple that flips upon learning a daughter is turning Christian; and the thrill-ride rom-com “Midsummer, (A Play with Songs)” by David Greig and Gordon McIntyre.

Also this month, City celebrates the 15th birthday of its Young Playwrights Festival, starting Sept. 30. Who knows — one of the young scribes may yet see a play produced on City’s mainstage in the coming years. Carlyn Aquiline, literary manager and dramaturg, says it best: “Offering development support and productions to early-career playwrights is critical in keeping our work vibrant.”

This article appears in the September 2014 issue of Pittsburgh Magazine.
Categories: Things To Do