The burger-and-beer joint is nothing to write home about, but it earns its place in the middle of a busy neighborhood. 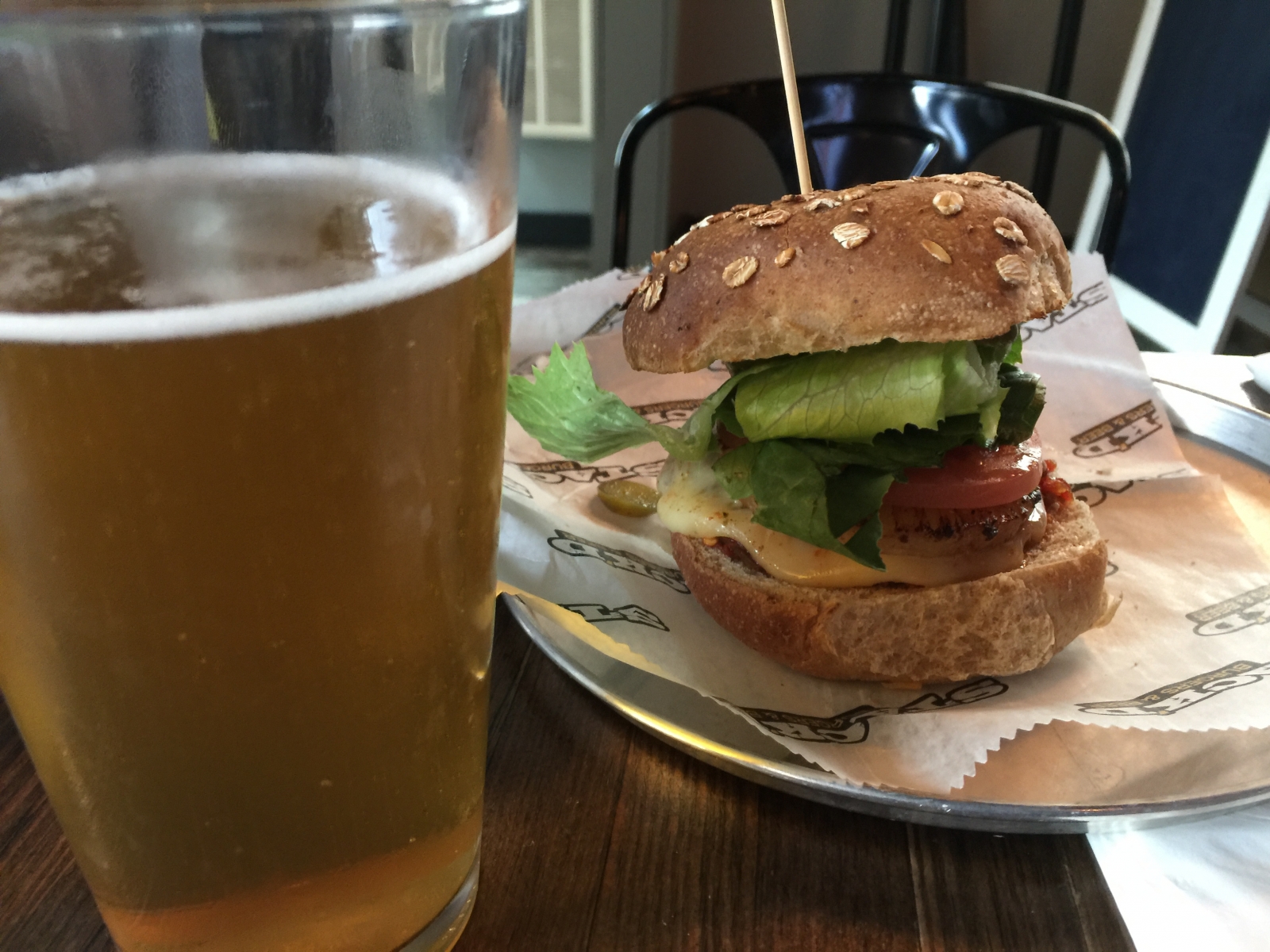 And of course, whenever one is that particular sort of busy, one wants to be in a crowded sea of white noise, fading into an anonymous background while absent-mindedly chomping on something spicy.

In the midst of this furor of obligations, I took a few minutes to visit Stack'd Custom Burgers and Craft Beer, the micro-chain with locations in Oakland, Wexford and Shadyside (they also have a Shadyside bar, the Tipsy Cow, that offers similar fare). I opted for the Oakland location, in the space formerly occupied by Joe Mama’s Italian Deluxe.

Joe Mama’s was never going to wow any foodies, but they were certainly reliable; college neighborhoods need places where students can get a large supply of carb-heavy food and reasonably priced beer at any hour of the night, and Joe Mama’s fit the bill. Its successor keeps the prices in collegetown range (if on the high end of that scale), and stays open fairly late, unlike the Wexford Stack’d.

If you’ve been to any of the high-end burger chains in the area, you know the routine. The most notable difference at Stack’d, though, is that they offer custom-made burgers exclusively; there’s no section of the menu for house-made burgers. You are going to have to decide what to put between the buns all on your own. I can’t say I’m a fan of this move; when I’m at BRGR or Burgatory, I go with one of their recipes, not my own. (Because, you know, they make food professionally, and I do not.) The options at Stack’d are impressive in variety — I was glad to be able to have my creation as a wrap — but I’d like some guidance.

More concerning is that there’s not nearly enough beer for a place that stakes its claim as a brew-focused bar. Of the 16 draft options on my visit, four were given over to standard macrobrews; while I was pleased to see a number of locals in the remaining dozen, Pittsburghers have become accustomed to smarter beer selections than this.

It’s an area where Stack’d needs some work (and, according to the website, the chain’s other locations are moving in the right direction). And while service was fine, the staff was clearly outmanned; I visited during a weekday lunch hour, and if twice the number of servers had been present, everyone still would’ve been busy.

But, as noted, I’m busy. I wanted a place where I could fade into a lively din of chatter and movement, eat a bunch, have a beer and tune out for a while. This place fit the bill. And if I remember correctly, college students are often quite busy as well, so Stack’d is serving a purpose. It’s not the best burgers-and-beer spot in town, nor is it likely to be anyone’s go-to in Oakland. But it’s making decent enough use of its prime real estate.