Pittsburgh Magazine delves into the hottest furniture styles and colors from the High Point Market furnishing trade show, What else is chic for spring 2016? Menswear prints, warm metallics and accents with an edge. 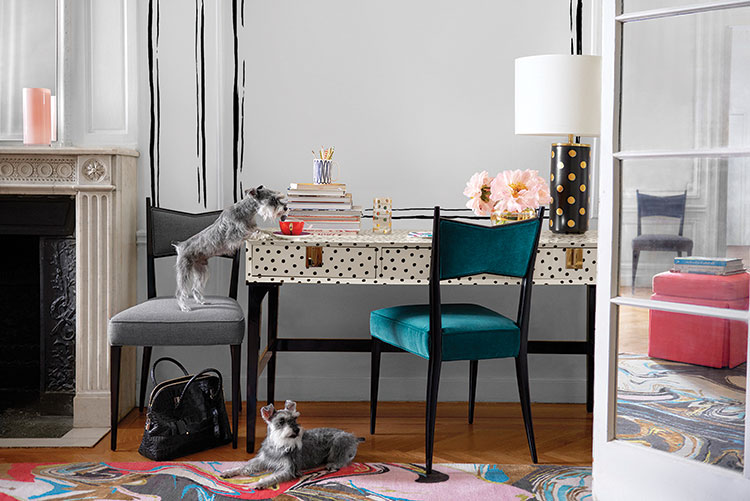 Menswear Makes a Statement (and So Does Wallpaper)

Among those who attended the October show was Jim Boggs, who co-owns Design Trade Market, a “to-the-trade” resource showroom in Pittsburgh’s Strip District, with his sister, Cathy Broziack.

Boggs says some of the notable trends at the fall show included very tailored furniture in fabrics usually reserved for men’s suits, including houndstooth, corduroy and plaid — one of the most prevalent prints at the show, Boggs notes.

In most cases, the furniture fabrics stuck to neutrals such as gray and beige, but Boggs noticed pops of color with blue (another big trend) and mulberry purple accents.
As they have for the last several years, mid-century modern pieces continue to be popular, Boggs says. Also holding their own were transitional furnishings — which mix traditional and contemporary style.

“It doesn’t go overboard with contemporary,” Boggs says of transitional style. “It’s a nice middle of the road.”

Boggs and Broziack also note they saw a plethora of gold metals, particularly in an antique hue. Also back in a big way is wallpaper, although not in your grandmother’s dainty designs. Boggs says textured grasscloth and large-scale print wallpaper, including bold geometric designs and damasks, are all the rage.
If you’re thinking about adding wallpaper to your home, Boggs recommends using the subtle grasscloth in a bedroom, powder room or office to freshen up the design. For a hallway or a larger room, he suggests papering with vibrant large-scale prints. 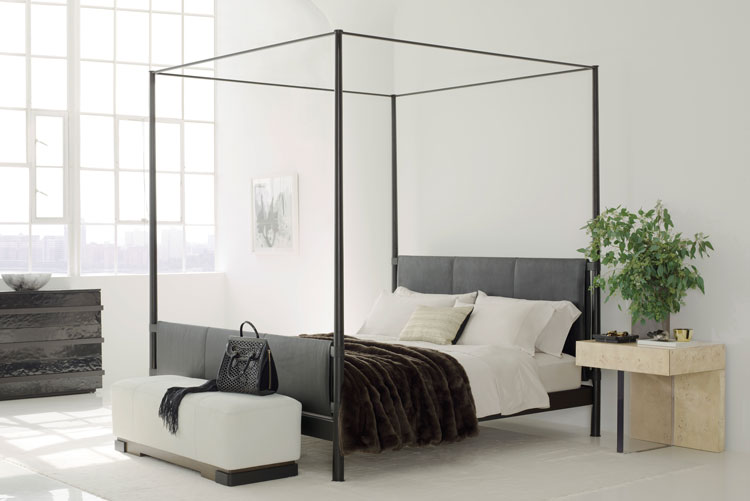 Furniture with an Edge

Tampa, Fla.-based interior designer Michelle Jennings Wiebe, High Point Market’s “Style Spotter Emeritus” and a member of the High Point Market Authority Advisory Board, says she fell in love at the October show with Kate Spade’s preppy new line of home furnishings, which made use of pinks and Kelly greens.

“It has a little bit of an Audrey Hepburn factor, even a little whimsical,” she says. “I just thought it was very fresh and different than what we’re seeing from a lot of manufacturers.”

“It was very moody, maybe even a little dark and masculine,” she says. “It was mostly in blacks, white and some neutrals.” 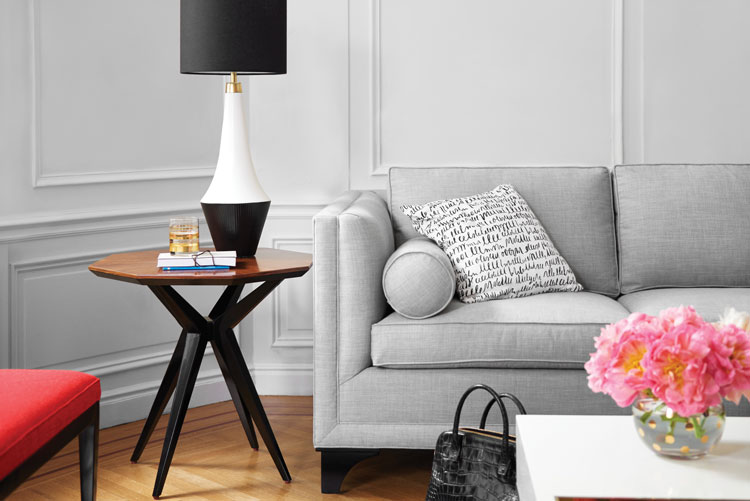 Wiebe also reports seeing a lot of warm-toned metallics, including a ton of items in on-trend rose gold and copper. Other big style statement at the fall show that she expects to see carried through this spring are light fixtures featuring semi-precious stones, cocktail tables with clear, Lucite elements, furniture with high-gloss, lacquer finishes and even neon lighting.