The Pittsburgh Symphony Orchestra has reached audiences worldwide with its six-episode “front row” series, which continues this month. 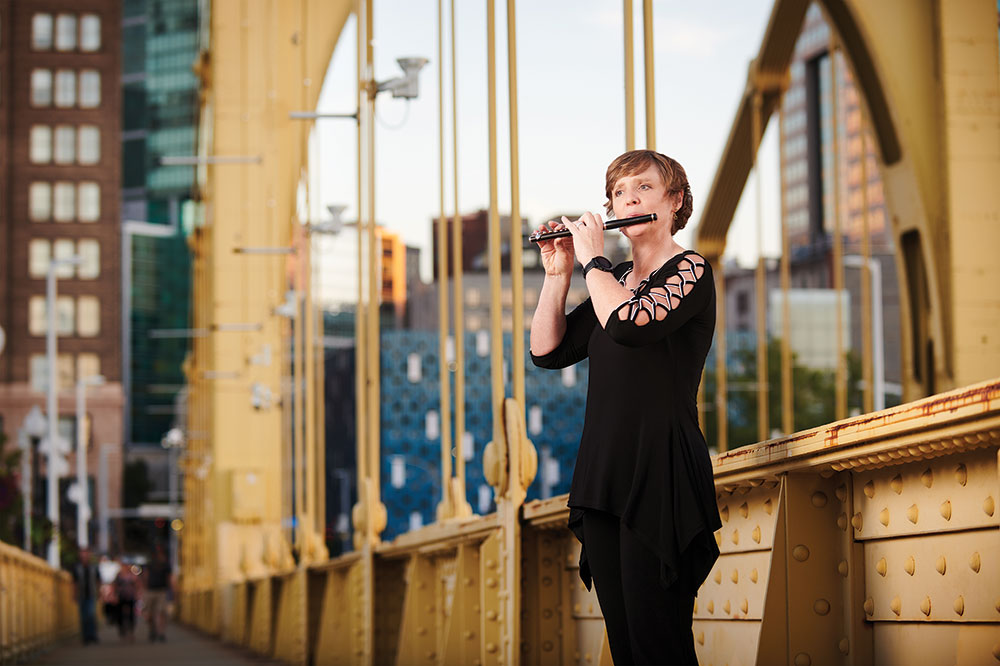 Under normal circumstances, the dynamic video series co-produced by Flying Scooter Productions would be an extraordinary accomplishment. In a pandemic, it’s been a necessity as well. 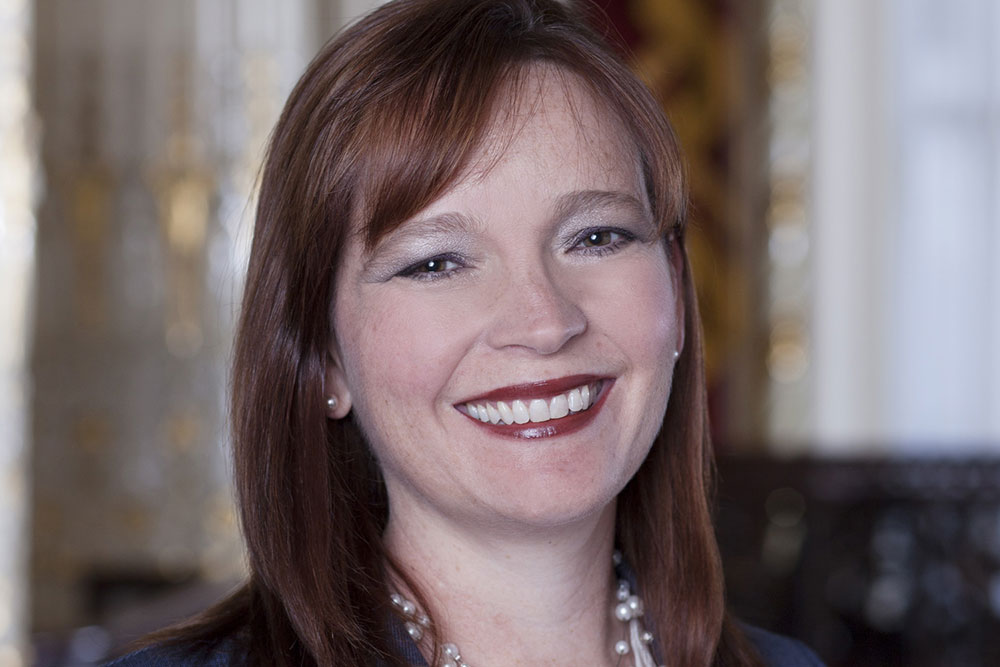 “The whole point of doing this was just to stay in front of people during this time — so when we do get back to live performance people won’t forget about us,” says PSO President and CEO Melia Tourangeau.

“It’s emphasized to me the value of live music and the live music experience, and that is our core competency and it’s what we do best and it’s missed sorely right now.”

Filming for the six episodes took place from September through November, several of which were broken into two parts due to the sheer amount of music recorded, says Tourangeau. 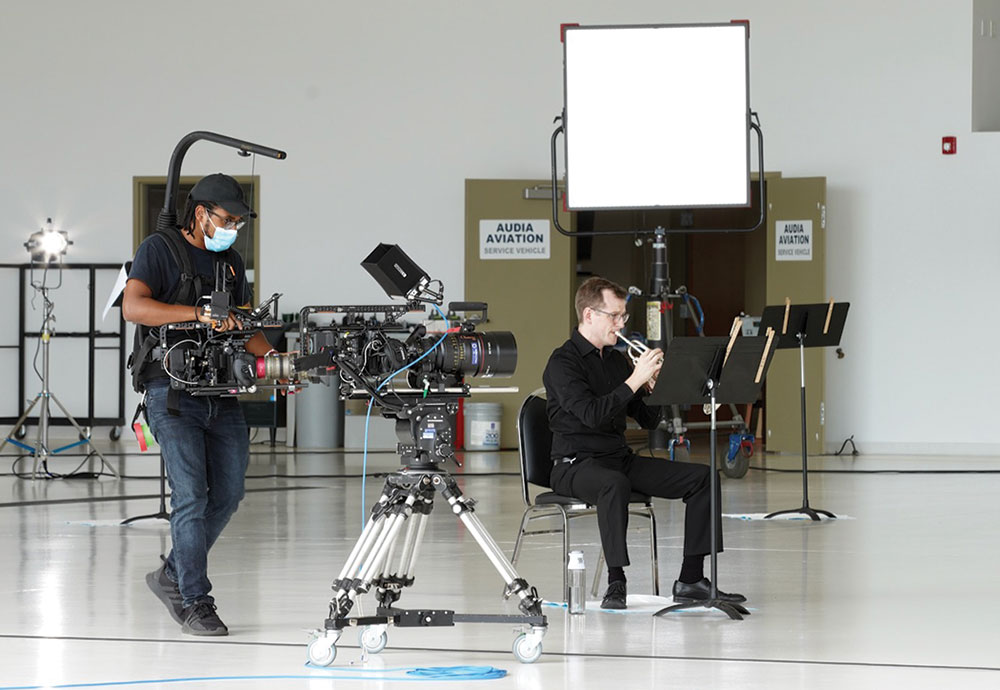 Episode 1 was titled “Our Love for Pittsburgh” and was recorded entirely inside and outside the symphony’s home, Heinz Hall. Masked musicians played in small groups to accommodate COVID restrictions.

“Every effort has been made to ensure first and foremost safety and security with all of our musicians playing,” says Mary Persin, PSO vice president of artistic planning, in the episode.

She introduces Jessie Montgomery’s “Starburst,” and notes it’s the first time the Symphony has played the contemporary composer’s music.

“When there are limitations, the human spirit is resilient and creative, so we’re able to dig into different corners of the repertoire than we may normally on a regular season.” 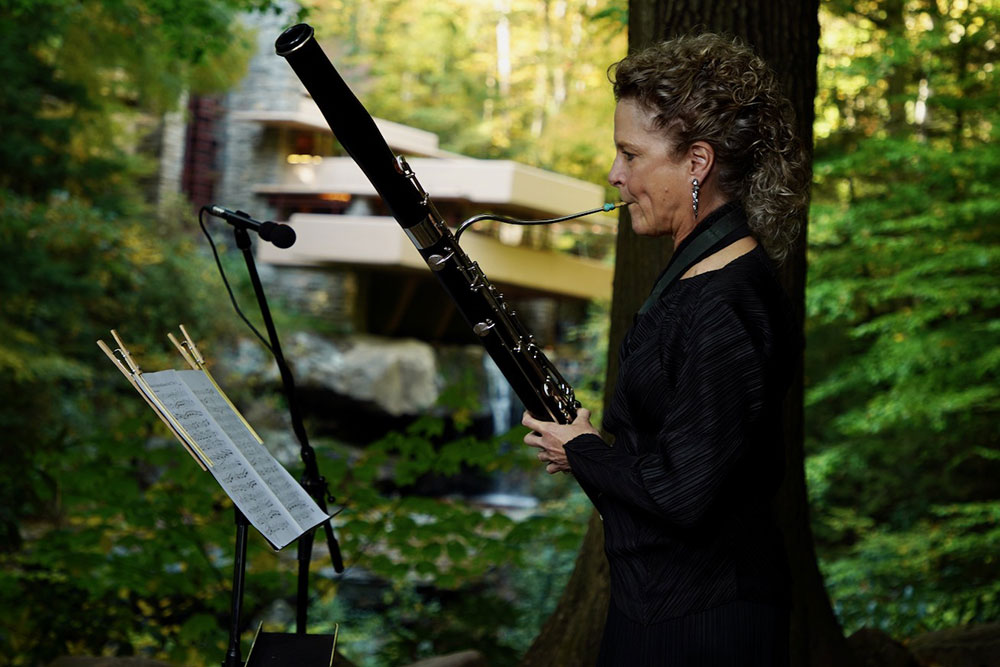 “Episode 2: Originators and Disruptors” was filmed at Heinz Hall and Fallingwater. It showcases the music of Beethoven in connection with Pittsburgh trailblazers, such as Rachel Carson.

“She was an early pioneer in conservation,” says Persin in the episode. “When I look at Beethoven, so far removed in time and place from Rachel Carson, but he took the same point of inspiration, the sound of water, the wind, bird calls that he would listen for and actually incorporate into the music … The idea was to place parts of this episode in nature, and this is what we did going to Fallingwater, of course, a magical and spiritual place that we are so fortunate to have here.” 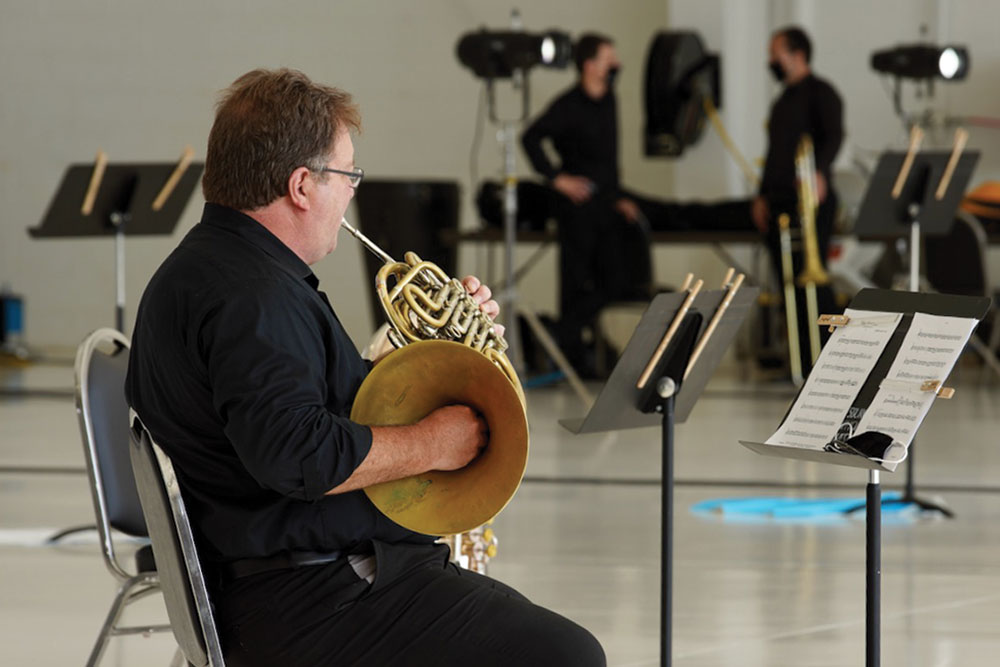 “Episode 3: Finding Your Song” incorporated interviews with new Principal Pops Conductor Byron Stripling and several artists whose work is performed. It also incorporates artists from other genres, including local visual artists and dancers from Attack Theatre.

“It was a great way to showcase our friends in the performing arts world and just the message of finding your song, especially in COVID,” says Tourangeau. “The whole experience was a great way to go behind the curtain and get to know some of the individual players. You get some of these up-close views you’d never get sitting in the concert hall.” 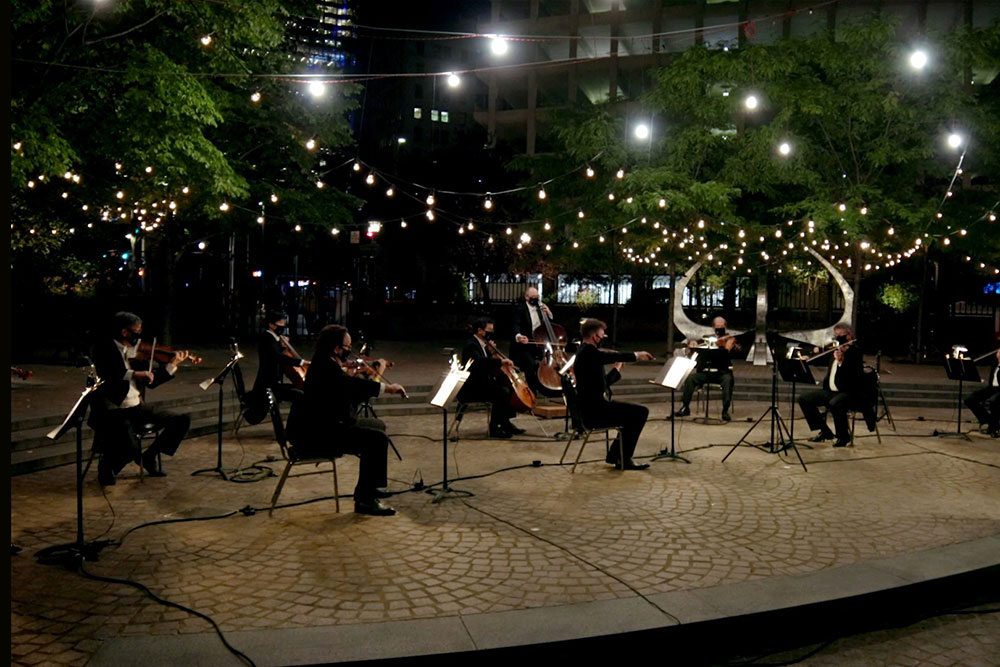 All episodes that have premiered so far are available on the symphony’s website, and people from around the world have tuned in. Tourangeau says a digital component will become part of the symphony’s future in a post-COVID world.

“It won’t be that kind of a production, but we are continuing with our digital production and installing cameras into Heinz Hall” for future recording and possible live streaming of performances, she says. “This has been part of the plan for a long time, and COVID escalated the importance of that.” 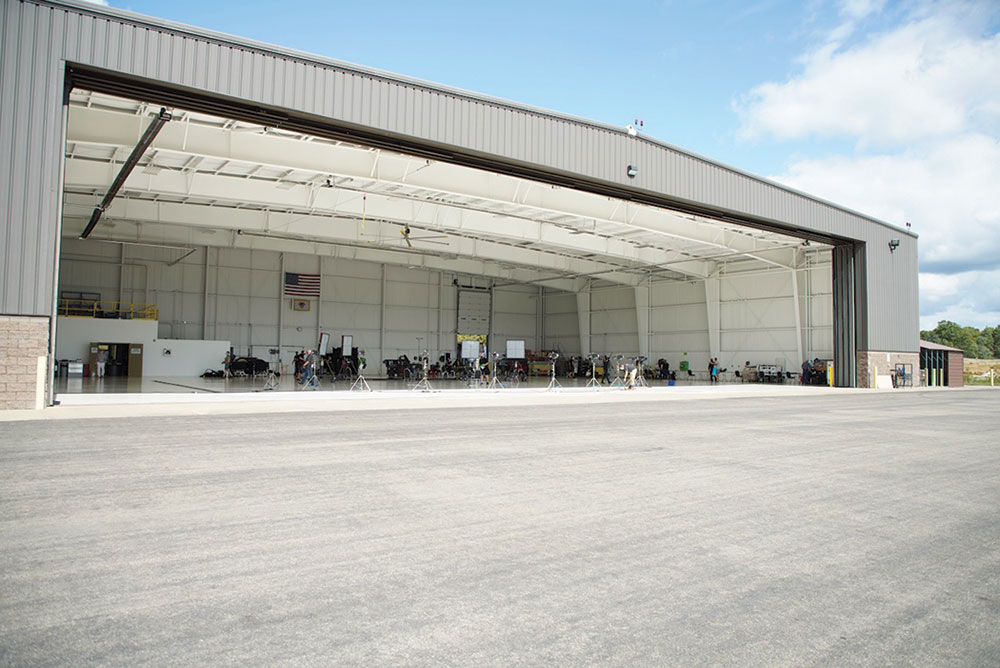 Many of the performances for this episode were captured in September, allowing the hangar doors to be open, which was important for brass and wind musicians (whose participation at indoor locations was limited due to health and safety protocols).

The episode features a diverse group of women composers.

“It’s just kind of a different opportunity for us … and that was certainly intentional,” says Tourangeau. 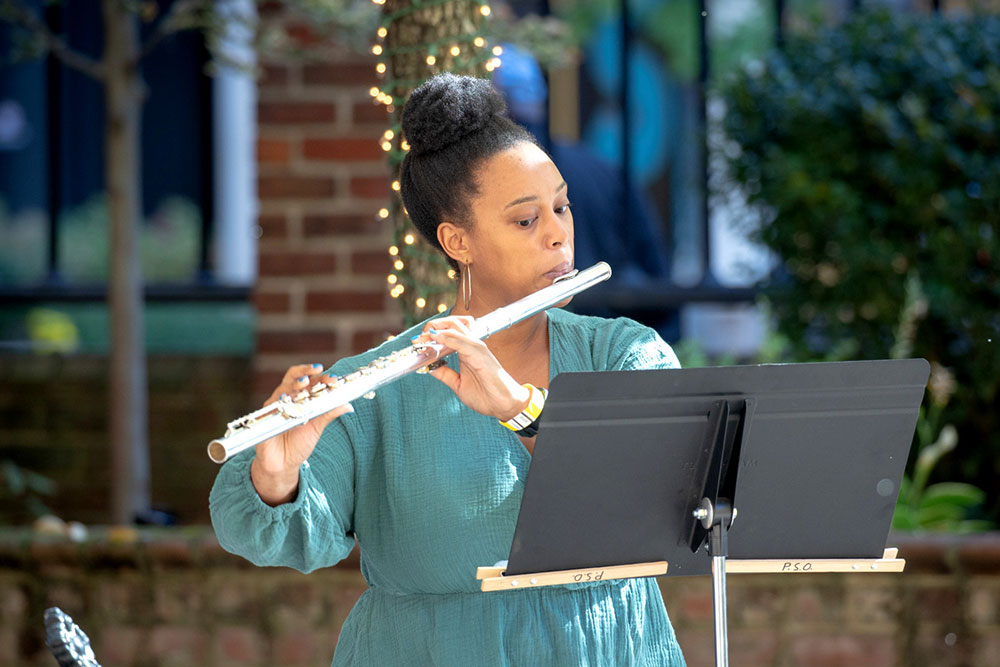 Episode 6, the symphony’s celebration of its 125th anniversary season, will premiere in February.

“It was pretty much a harrowing feat just trying to capture as much as we could before the weather turned cold,” says Tourangeau, noting difficulties ranged from arranging for small groups of musicians to film multiple episodes at once to securing rights to the music.

“We typically work two years out with our planning, so to put something together in six weeks is remarkable for us. Considering all of that it just makes the final product and how beautiful it all is it just makes it all the more remarkable.

“I’m so proud of how it’s all transpired and ended up and making such a bad situation good.”

This article appears in the Jan/Feb 2021 issue of Pittsburgh Magazine.
Categories: Arts & Entertainment, From the Magazine