In the Post Theatrical theater festival, the mailbox is the stage for works from around the world. 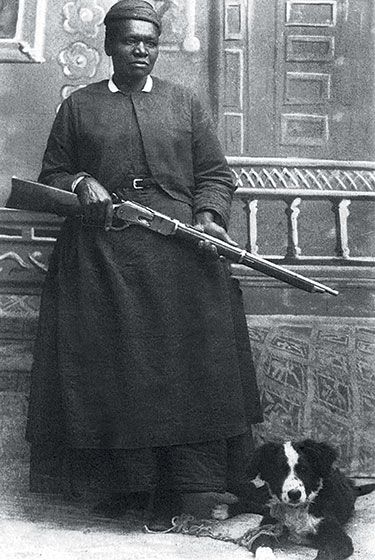 Theater companies have wrestled with the question of what does and does not qualify as theater.

Does it need a stage? An audience? What’s the inherent nature of the artform?

For much of the 20th and early 21st century, adventurous companies nudged at those borders. Then, 2020 made the question much more relevant; the idea of gathering audiences in front of physical stages was a non-starter in the face of COVID-19.

For most, that change meant turning screens into stages, finding innovative and engaging ways to present theatrical works digitally.

At the first Post Theatrical theater festival, however, digital presentations aren’t enough. Companies participating in the innovative, global festival have looked past the screen — all the way to the mailbox.

Post Theatrical, a creation of Pittsburgh-based theater company RealTime Interventions, includes 13 companies from around the world, all offering original works that incorporate mailed materials. A ticket to an individual show includes both a mailed and digital component.

Though the product, and the experience, differs dramatically from show to show, Molly Rice, RealTime’s co-artistic director, says that “each [artist] has come into this project with a theatrical mind,” even as the end results diverge.

Rusty Thelin, co-artistic director at RealTime, says the concept grew out of a virtual laboratory organized by The Orchard Project, a New York-based organization that provides support for theater creators. He says they got involved with The Orchard Project last year via sessions dubbed “The Liveness Lab.” “How do we investigate and maintain the feeling of liveness, and what does liveness mean in relation to art in the time we’re living in?”

Thelin says the connections and ideas that came from that lab led to partnerships in the Post Theatrical festival. “One of the things that came up was this idea of analog experiences that were tactile.” In an age defined by visual interactions on screens, the idea of physically interacting with an object became alluring.

RealTime approached the festival not by attempting to find projects that fit into strict parameters but rather by working with creators to flesh out and develop ideas. That meant coordinating details with creators and performers worldwide — and also in Pittsburgh, via a collaboration with Demaskus Theater Collective.

Demaskus is in the midst of presenting its original work, “Black Mary,” as part of the festival. The show explores the life of Mary “Black Mary” Fields, who in the 19th century became the first Black woman U.S. star route mail carrier.

“The experience centers around her life,” says Shaunda McDill, the founder of Demaskus working on “Black Mary.” “She was born into slavery in the 1830s. She ended up moving to take care of this woman who was a nun — and to help teach and educate in Montana,” before delivering U.S. mail on an independent route to the convent.

The interactive portion of that journey is already complete; early ticket buyers spent a month interacting, via mail and text message, with Demaskus members and collaborators. Playwright Kim El mailed writing and journal prompts, asking participants to share their thoughts; meanwhile, the Rev. Leah C.K. Lewis, a pastor, lawyer, writer and event producer, communicated via text, taking on the virtual role of Black Mary in guiding audience members through their reactions to the story. “I think we wanted to make sure that we were responsible with the lives that are participating,” McDill says, “and actually making a contribution toward their healing and liberation.”

Based in part on the submitted writings of participants, El has written a filmed, culminating performance, with actress and Demaskus member Karla C. Payne playing Black Mary. That finished project, which has been divided into several episodes, will be released June 17-19 — Juneteenth weekend — in a mixed-format video presentation.

“Ultimately, what we want the viewer to come away with is learning about Mary — being immersed in the life of this amazing, powerful, Black woman,” says Payne. “This is an opportunity to engage the audience and introduce a large, looming character that a lot of people may not know about.”

Meanwhile, RealTime’s own contribution to the festival, “The Birth of Paper,” is making its way, via post, to Beirut, Lebanon. A loose adaptation of a previous work by Rice — which RealTime had decided to remount even before The Liveness Lab — “The Birth of Paper” will see handmade gifts and items delivered to Lebanese recipients. Those gifts, made via partnerships with Handmade Arcade and other Pittsburgh-based makers, will be sent alongside the letters that are the text of this unconventional show. One performer in Beirut — Milia Ayache, who performed in Pittsburgh as the star of RealTime’s “Anglemakers” — will open and read envelopes containing Rice’s writing as part of a live-streamed performance in June.

Rice, who originally produced “The Birth of Paper” in 2003, ends the performance with an invitation to the audience: write back to her.

“I got letters for two years,” she says. “It was such an amazing discovery that there was this additional layer of tactile communication that could come from a live event.”

Other projects ongoing as part of the festival include “Journey of a Dream,” an online exhibition of videos from children, and “Capricorn 29,” a work of science fiction unfolding via a YouTube rabbit hole — and a mailed birthday card — inspired by the film “Logan’s Run.”

Thelin says while the festival was born out of the pandemic, it is not necessarily a limited-time idea.

“If we bring it back … we may switch it up to be a festival of ‘remote’ projects,” Thelin says, “theatrical projects created to be enjoyed across time and space.”

The future, of course, can wait. That is, after all, one of the lessons gained by waiting for a story to unfold slowly.

“That’s part of the lesson the mail offers to us,” Rice says. “Patience.”

This article appears in the May 2021 issue of Pittsburgh Magazine.
Categories: Arts & Entertainment, From the Magazine