Doctors Without Borders plans to bring its traveling exhibit, “Forced From Home,” to five cities, including Pittsburgh, this fall. 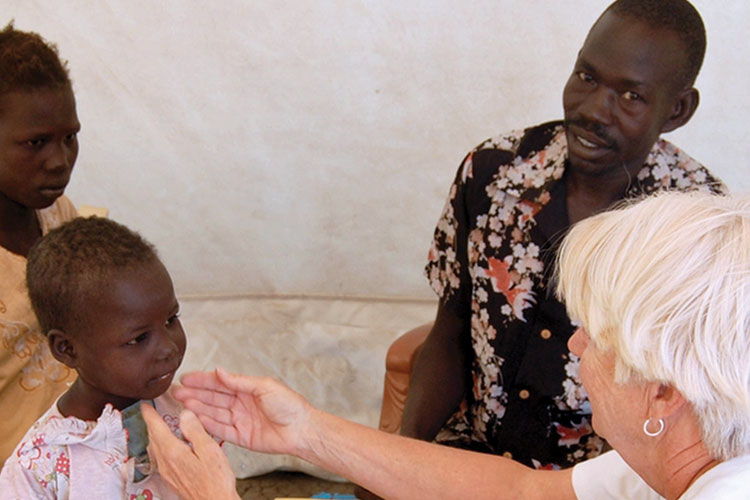 You walk into a tent smaller than your living room in which 12 people sleep and store all of their belongings. You see a young girl’s beloved doll made from nothing but plastic grocery bags and a little boy’s toy car made from discarded tin.

In “Forced From Home,” a new traveling exhibit by the international aid organization Doctors Without Borders/Médecins Sans Frontières (as it’s known outside of the United States), tour guides who have witnessed these scenes and worked in countries where people are fleeing conflict situations will showcase the realities of life in these desperate circumstances. The exhibit (forcedfromhome.com) was set to open in New York City on Sept. 16 before making its way through Washington, D.C., Boston, Pittsburgh (Oct. 27-31 in Schenley Plaza in Oakland) and Philadelphia, where the East Coast leg of the multi-year national tour will end in November.

“We’re trying to raise awareness of the experiences of what’s now 65.3 million displaced people,” says Vito Castelgrande, the project coordinator for “Forced From Home.” “DWB has a really unique perspective through which we see and work with these people … It’s basically giving [our aid workers] the opportunity to bear witness on behalf of our patients.”

The organization, officially founded in 1971 in France (MSF-USA was created in 1990), provides emergency medical care and services such as water, sanitation and nutrition to people affected by armed conflict, epidemics, natural disasters and exclusion from health care.

​Castelgrande says many people are familiar with refugees from Syria fleeing across the Mediterranean Sea because of ongoing media coverage. The goal of the traveling exhibition is to bring the experience up close and help people to understand that this goes on all over the world.

“This is all about the firsthand experience that we’re seeing in the field,” says Castelgrande. “It becomes a very personal experience when you get to see the different conditions.”

“Forced From Home” features eight stations. First, visitors will get an introduction to the organization’s projects and various displacement settings around the world through a 360-degree immersive film. Then they’ll learn about situations that cause people to flee their homes and the methods they use to attempt to escape danger. The stations also will address legal status (what does it mean to be a refugee versus an asylum seeker?), medical situations refugees face, what happens when a refugee settles into his or her final destination and more. 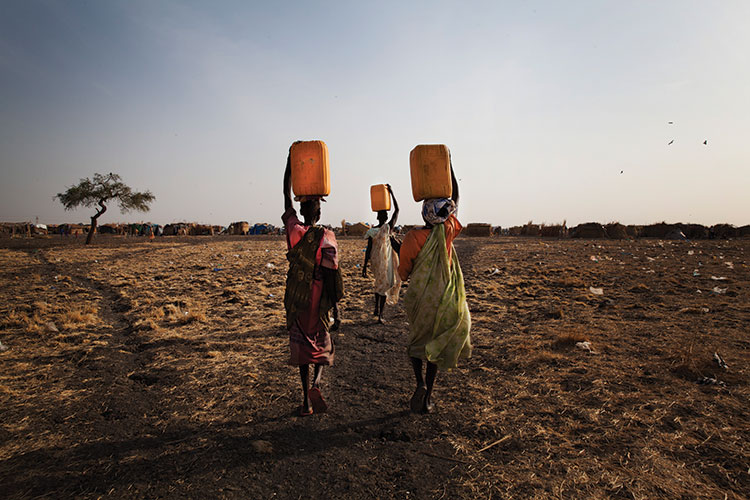 Tens of thousands of people from all over the region prepare to receive their first distribution in many months in Thonyor, South Sudan | photo by Dominic Nahr

One of the aid workers on the tour is Jane Boggini, who has worked with Doctors Without Borders for 17 years. She’s been a field nurse in South Sudan, Sierra Leone and the Democratic Republic of the Congo, among other locations. She says the tours will provide the opportunity for people to experience what her everyday work is like.

“Malnutrition is probably the most critical need we see in every setting,” she says. “These people have fled. Recently, in the South Sudan, they left their crops behind in the field, or opposition has destroyed their crops, so oftentimes we have severe malnutrition.

“We often see trauma because if they’ve been fleeing for various reasons they may have gunshot wounds. If people are running, they’re falling and breaking bones.

“Once they get settled a bit, there are still the mental-health issues: They’ve fled, they lost children sometimes, they’ve been separated. Often these are things you don’t hear about too often, but these are things we deal with in the field all the time. The living situations these people are put in is very precarious.”

​Boggini, too, stresses these issues occur all over the world, and the number of people being displaced is increasing.

In the Congo, she met a woman who told her, “My children have never known what a village is like.” When Boggini asked what she meant, the woman replied, “We have lived in the bush all their lives, moving from one place to another.”

“In the DRC, people are constantly fleeing the conflict that happens,” Boggini says.

On Oct. 26, a panel discussion to complement the exhibit, “The Global Refugee Crisis: Flight and Resettlement,” will be held with Doctors Without Borders staff, aid workers and outside experts at the Carnegie Library Lecture Hall in Oakland. The event will be free and open to the public.