Spotlight on Women in Business: October 2014 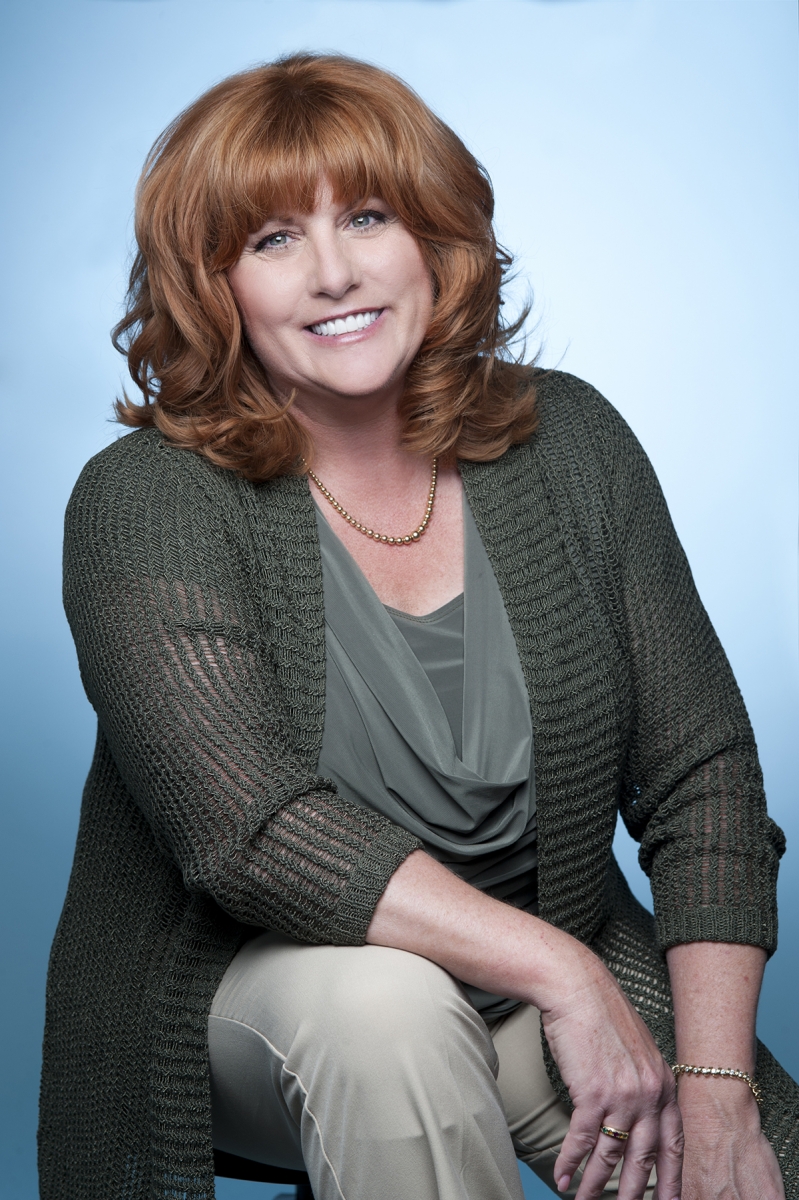 In 2013, Susan Weinzierl’s husband, Michael, passed away from cancer, leaving behind a family and a 30-year-old printing business. Three years earlier, when Michael was diagnosed with terminal esophageal cancer, Weinzierl said that she wanted to keep the business, so her husband mentored her and taught her everything she would eventually need to know about running Professional Graphic Communications, Inc. (PGC). PGC is a customer-driven provider of design, printing, mailing, fulfillment and distribution services.

“I have humbled myself during my transition to becoming the owner of my business, and I have asked for help,” says Weinzierl. “By doing this many people have inspired me and have given me the courage, strength and confidence to do so. I am grateful, so how can I not succeed and become a better person?”

Weinzierl and her team have a base of regional and national customers, and her philosophy is to meet her clients’ needs in the best way possible – paying attention to detail, providing cost-effective solutions and delivering an end product that meets or exceeds expectations.

”I am proud that we, a family of dedicated and experienced employees, have made PGC an environment of creativity, originality, skill and excellence to provide the trust and loyalty that our clients deserve,” says Weinzierl, who recently hired PGC’s first women press operator. “We want the client to feel and know they are part of our family.”

Weinzierl and her employees have continued the company tradition of providing support through volunteering and providing print solutions for their community and their nonprofit customers in their marketing and fundraising efforts. PGC has also partnered with the Watson Institute by providing a weekly job opportunity for autistic students to strengthen their work and social skills. 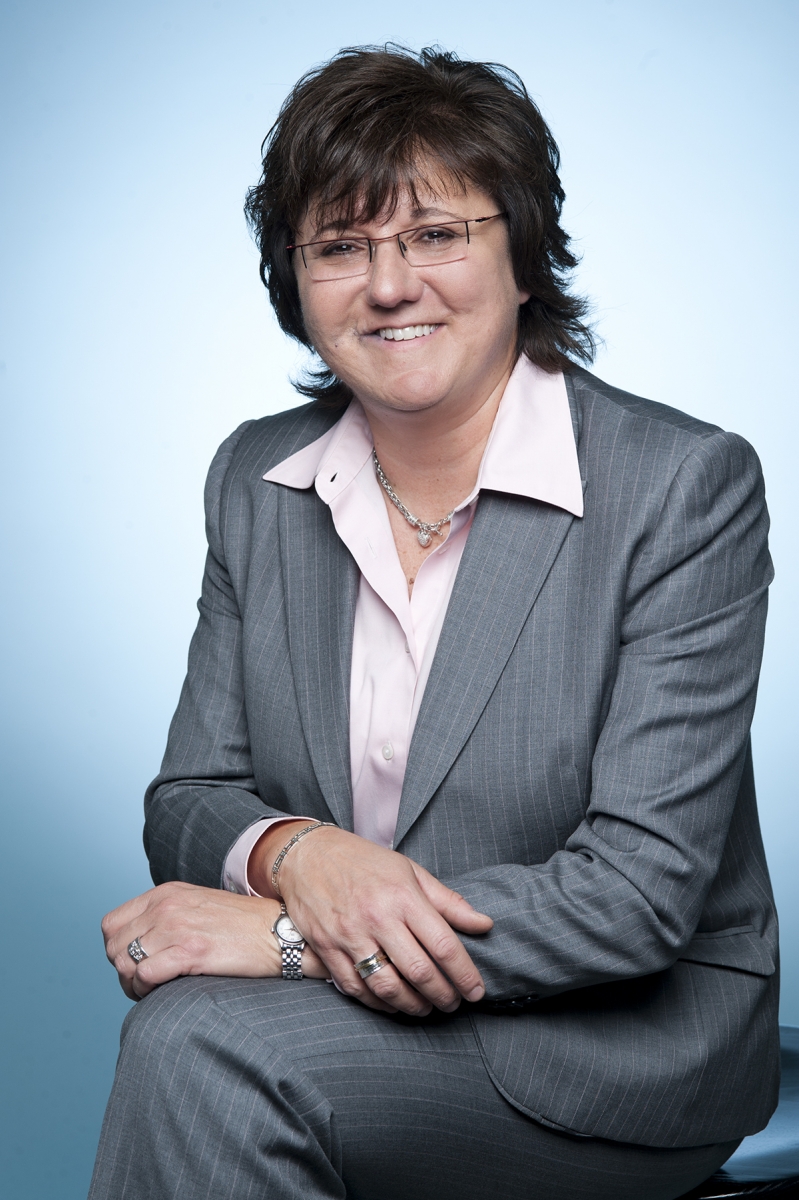 Diane Kappas started with PPG as a college intern, and 28 years later, she has become a key employee there, having moved up the corporate ladder in a variety of roles.

Kappas, who earned her bachelor’s degree in chemical engineering at the University of Pittsburgh and her master’s degree in business at Duquesne University, first worked in a series of manufacturing roles at PPG, a global supplier of coatings, specialty coating materials, glass and fiber glass.

She then served as corporate manager of diversity, an unfamiliar role for her that led to one of her most significant contributions at PPG – working to create a more inclusive work environment for everyone. Kappas created the Women’s Leadership Council, which consists of a group of men and women who work to attract, retain and advance women within the company. Starting as a Pittsburgh-based corporate council, the organization has since sprouted in more than 9 councils around the world, including a number of regional councils in the United States.

“You have to take on those challenges that seem to be a little distant from your education base or your past work experience,” says Kappas, who was also the first woman to run a chemical plant at PPG, in 2001. “This will open you up to developing new skills and create an opportunity for you to demonstrate what you’re capable of beyond the proverbial box someone may have put you in.”

With her current role as vice president of Protective and Marine Coatings in the Americas, Kappas manages a
business that sells marine coatings and protective coatings used to preserve assets such as bridges, tanks, petroleum
facilities and power plants. Since starting her position in December, she has acquired a company in Panama, has driven sales growth across the region and has created a more collaborative work environment. 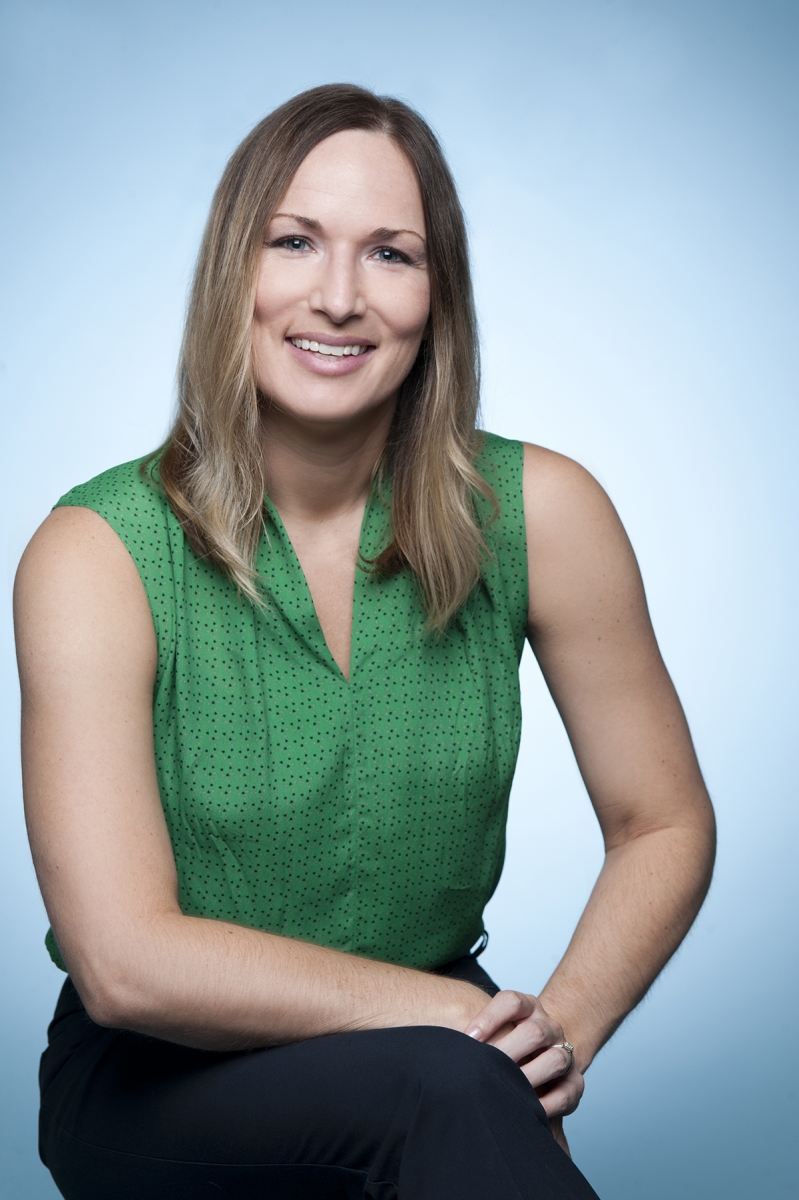 After earning her chiropractic degree from Palmer College in Davenport, Iowa, Wisconsin-native Dr. Brianne Kemp had a clear goal in mind: She wanted to work with a woman doctor. Through a recommendation, she found who and what she was looking for in Pittsburgh: a woman-owned chiropractic practice. She worked at that office for a few years as an associate doctor and eventually became the only doctor at the Wexford practice. She bought the practice in 2010 and has since rebranded it with a new name, Live Well Chiropractic and renewed its focus on family and prenatal care.

“One of my passions is helping women feel vibrant and strong during pregnancy,” says Kemp, who earned a bachelor’s degree in biology and chemistry.

“Chiropractic care enables the body to handle the physical demands of pregnancy and allows my patients to have a positive birth experience. It’s so meaningful to be a part of that process.”

Kemp counts her emphasis on prenatal care as a defining characteristic of her practice and also notes an increasing trend among families seeking preventative health care in the area. Every year, she has seen an increase in patients looking for personalized care. With a total of two doctors (herself and her husband) and one additional employee, Kemp handles most aspects of the practice, including marketing, education and speaking engagements. Kemp has received certification from the International Chiropractic Pediatric Association and is a member of the American Pregnancy Association and the Women’s Business Network.

“I think sometimes as women we feel like we need to become successful in spite of our gender when, in truth, we become successful because of our gender,” says Kemp, who supports Big Brothers Big Sisters of Butler County through the practice’s Angel Tree project. “Women are very effective, thoughtful and organized, so I think it’s just a matter of being true to yourself.” 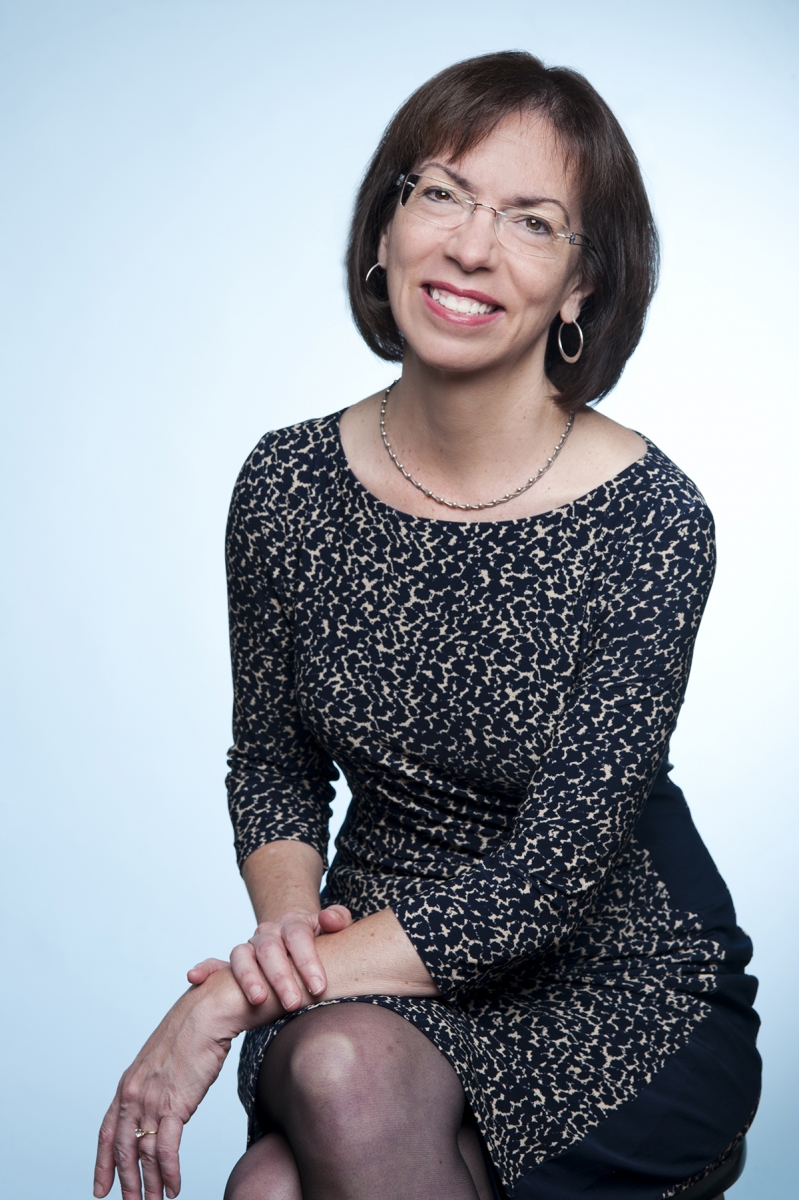 Dr. Susan Catalano
Chief Science Officer, Cognition Therapeutics Inc.
2403 Sidney St., Suite 261, Pittsburgh, PA 15203
412/481-2210, cogrx.com
Dr. Susan Catalano wanted to be at the forefront of fighting Alzheimer’s disease, so she relocated her company, Cognition Therapeutics Inc., from California to Pittsburgh. She would be able to pick from a pool of well-trained scientists from local universities – one of the “greatest concentrations of top tier neurobiology-focused faculty in the world.” She also believed local economic development agencies were motivated to build upon the region’s economic diversity.

Cognition Therapeutics is focused on discovering new medicines to stop Alzheimer’s and taking these new medicines through clinical trials in order to impact the lives of the millions of people living with the disease.

“We needed to find that needle in a haystack, that one-in-a-million tiny wrench that would stop the whole process of Alzheimer’s disease, and it was clear to me that this would require innovation,” says Catalano, a native New Yorker who completed her postdoctoral studies at University of California, Berkeley, and California Institute of Technology. “That means doing things in the lab that have never been done before, certainly doing things that are not typically done by the pharmaceutical industry.”

This involves creating Alzheimer’s in a dish in her lab – a difficult process that Catalano says is found only at Cognition Therapeutics – and then looking for the drugs that will fight it. Company scientists have discovered drugs that have the potential to stop the disease, and they are advancing these drugs toward clinical trials and will meet with the FDA later this year to prepare for these trials.

“It’s amazing to think that all of these breakthroughs were made by Pittsburgh natives in our lab in the South Side right next to where the Jones and Laughlin steel mill used to be,” says Catalano, who is also the scientific director for a dementia and Alzheimer’s-related nonprofit, Clear Thoughts Foundation. “This level of innovation is only possible because of the exceptional environment we have in Pittsburgh – it’s very intense and requires the highest standards of scientific rigor and creativity.” 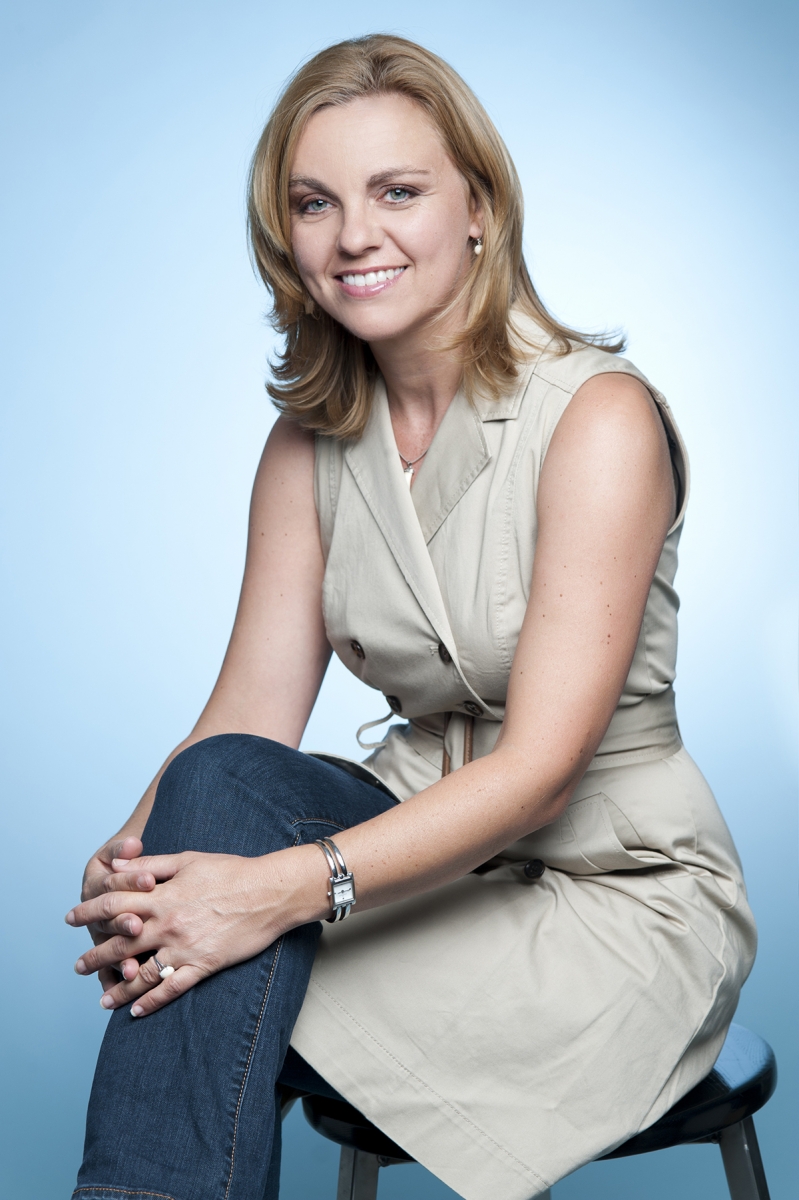 An entrepreneur her whole life, Nevena Staresinic owned an antique shop and real estate development company in Belgrade, Serbia, and a real estate company in Africa before opening Moderna Relocation in Pittsburgh.

“I come from a passionate and fairly macho society, so I had to develop entrepreneurial traits to survive in business – and in life – from an early age,” says Staresinic, who was born in Belgrade and studied at the History of Art at Belgrade University and at the Center for Women’s Entrepreneurship at Chatham University. “Now it feels very natural for me to enter any place on earth and figure out a business niche.”

Moderna Relocation is a Pittsburgh-based, one-stop destination service for corporate transferees and expatriate newcomers (anyone who lives outside their native country). Staresinic is the client’s single point of contact during pre-departure preparation, orientation, settling-in, house-finding stages and cross-culture training in Pittsburgh. Staresinic ensures that her clients’ voices are heard in the corporate world and works with corporate senior leadership, stewards of global mobility talent, relocation consultants and supply chain to improve relocation efficiency and fine tune mobility policies.

Moderna Relocation has attracted several large corporate contracts by focusing on “protecting a company’s most valuable asset: its talent.”

After peacefully fighting dictatorship in Serbia for 10 years, she lived on four continents and finally settled with her family in the United States in 2012. With closed borders, the NATO bombing, war in the region and a “tone of new nationalism,” Staresinic had engaged in many demonstrations back home: standing on the streets for three months in protest; using noisemakers and eggs to disrupt national evening news; and marching pregnant with more than 200,000 people against regime police.

“It was very powerful to fight dictatorship through non-violence as a young person in Serbia in the nineties,” says Staresinic. “Although we were very scared, we felt strong and felt that revolution was on our doorstep after 10 years of dictatorship.”

This article appears in the October 2014 issue of Pittsburgh Magazine.
Categories: Women & Business