Spotlight on Women in Business: October 2010

In an age when many dealerships closed, Diehl’s expanded.

Corina Diehl is an unlikely media darling. She doesn’t seek the spotlight, it just seems to find her. Automotive industry trade journals and other media outlets have come calling to tell her tale. In the wake of a tanking economy that took many automotive dealerships down with it, she managed to expand. And, the petite blonde dynamo did this just three-and-half years after stepping up to run the Chrysler/Dodge/Jeep and Toyota/Scion dealership following the sudden and tragic death of her husband.
The daughter of German immigrants, Diehl grew up in southern New Jersey near Cherry Hill, just outside Philadelphia. She met her husband, Matt Diehl, while working at an apartment building. Matt worked for General Motors and was selected for the company’s “fast track” program, which required him to move frequently. Corina and Matt married and moved to Boston, then to Florida. They came to New Castle after mega dealer Bob Preston offered Matt a job there. Preston and the Diehls bought a dealership together and eventually the Diehls bought out their partner and moved to Butler. “We worked as a team. I stayed at home and took care of the house and our two kids and did some work from home, and Matt took care of the company.” But that arrangement came to an end in 2007 when Matt unexpectedly passed away.
“He was only 47 years old and so young and vibrant.” Corina found herself faced with all sorts of decisions, one of which was whether to keep or to sell the dealership. “This was Matt’s dream. He did it all for the kids and he had lots of plans.”
It took about three weeks, but she returned to the dealership and decided she would carry out her husband’s plans. She sat in his office and cried every day, and even now can’t bring herself to change anything in that room. “I look back and wonder how we survived,” she admits. “The car business is brutal.”
That brutality was underpinned by a dismal economy. But Corina watched trends, trimmed expenses wherever possible, and admits that for a time, she was not well-liked.
“We survived by keeping our chin up. We went from selling 20 to 30 cars a week to seeing nobody in the dealership.” To survive, Diehl changed the scope of her business, changed her advertising approach and changed the way they approached the service side of the business by implementing Matt’s plan to expand the collision center.
Trend watching paid off. She refinanced to fund the expansion of the collision center and incorporated many “green”
principles, including a switch to a more expensive yet eco-friendly water-based paint system. And she also expanded the dealership’s Internet department and large truck division.
Today Diehl Automotive has estimated annual gross revenue of $50 million, employs 120 people and services more
than 100 cars a day. “The fruits of our labor are finally starting to show,” she says. “Our goal is to be the number one commercial truck dealer in the country.” In the community, she supports sports teams, a local race track, hosts Boy Scouts events and supports children’s causes. 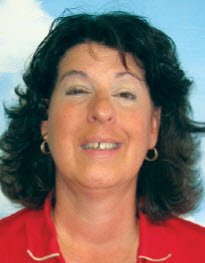 After Judy Silvis Dinardo's children graduated from college, she decided to take a swing at her own dream and opened Golf for Her, a specialty store offering women’s golf apparel and accessories.
A native of Greensburg, DiNardo studied fashion merchandising at Seton Hill University while working at JCPenney. She was selected for the retailer’s management training program and stayed with the company for 25 years, working at six area locations. By the time she left she was district manager responsible for 19 stores. After leaving JCPenney, she went on to manage a kitchen and bath remodeling company for 10 years.“By then I had put two kids through college and decided it was time to do what I wanted, and I really missed retailing.” Over the years, she had participated in many golf outings and often had trouble finding appropriate attire.
Later, while vacationing in Naples, Fla., she visited a golf shop and was inspired. She opened her doors in 2007, on the upswing of the season. Initially her timing worked out well, but then the economy crashed. She decided to ride the wave and now is enjoying the first full year where she feels comfortable. In 2009, she launched an Internet sales site.
“As a small business owner, you face many different challenges than in a corporate setting. Many times during the first few years, I wondered if I would come out of this okay.”
DiNardo is happy that through her business she has been able to give back to the community, especially cancer-related causes. Proceeds from a fashion show she hosted benefited Team Survivor, a group that helps to rehabilitate cancer survivors through athletics, and helped the new charity establish a foundation. 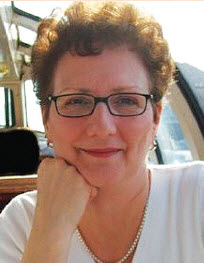 Patricia Staudt has built a successful business by realizing what other businesses need. Her company, Allegheny Marking Products, started as a rubber stamp business, providing businesses with products they
needed to identify themselves. Born in Philadelphia and raised in southern New Jersey, Staudt graduated from the College of William and Mary with a degree in accounting and moved to Pittsburgh to be with her
then-husband, taking a post at a “Big 8” accounting firm in town. She worked at the firm for seven years before launching a small office products business with her now ex-husband. Allegheny Marking Products was established in 1988 as an off-shoot of that business, manufacturing a variety of rubber stamps and related products. “It was something we were already selling, so it made sense to manufacture them,” says the longtime resident of Plum who recently moved to Monroeville. Eventually, Staudt sold the office products business to focus on Allegheny Marking Products, serving customers ranging from individuals to large regional banks.
“My accounting background was a great help and served me well in terms of business and developing good internal systems.” She also had an interest in information technology, which helped with development of the company’s
website and internal systems. As times changed and businesses evolved technologically, including her own, she knew she had to expand product offerings to stay competitive. That meant expanding into laser engraving and buying a retail store in Beaver. SmithCraft Signs and Awards offers trophies, plaques and corporate awards and now the company employs 11 with estimated annual revenue of $750,000.
Staudt believes strongly in giving back and serves her parish in many different capacities. She also is active in the National Association of Women Business Owners. 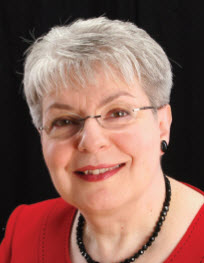 Carole Popchock started out thinking she might want to be an attorney or run for public office. Born and raised in Observatory Hill, the Ross Township resident and mother of two sons instead has spent her career educating others. She has spent 26 years at Federated Investors, Inc., one of the regions largest and most successful financial services companies, where she now serves as vice president and director of organization development. In that role, Popchock is responsible for learning and development within the organization, day-to-day performance and talent management, training and orientation for the firm’s 1,350 employees, as well as external client training and other programs.
“I’ve always been in a teaching role. Adult education is very gratifying because adults are more likely to recognize the impact of a learning experience and express their appreciation,” Popchock explains.
Popchock enjoyed school and developed an interest in history, and considered becoming a professor. She taught social studies and history for six years at her alma mater, St. Benedict Academy, while working on her master’s degree at Carnegie Mellon University. Participating in a special program there for training secondary education teachers, she realized she preferred teaching adults.
Searching in a pre-Internet age, she utilized career resources at Chatham University and found her way to corporate training and development. She joined Federated as a training and development specialist and eventually worked her way up to program coordinator, manager and director positions. “I’ve been in the department my entire career and have been very happy. I hope to retire from here.”

This article appears in the October 2010 issue of Pittsburgh Magazine.
Categories: Women & Business