Spotlight on Women in Business: July 2014 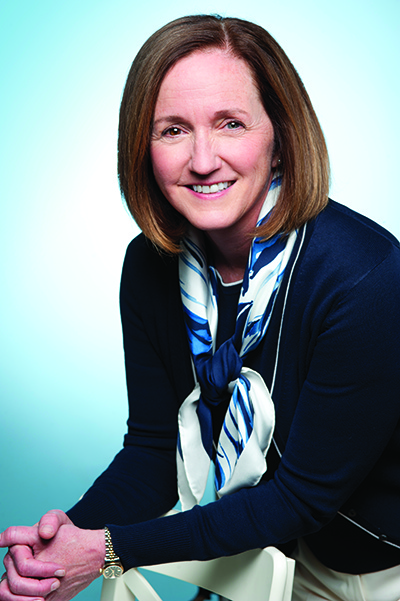 After working for almost two decades at EQT Corporation, Pittsburgh native Mary Lou Gegick still is excited about coming to work every day for a company with an ever- growing impact. EQT, an energy company based in Pittsburgh for more than 125 years, has grown to be one of the region’s largest natural gas producers.

“EQT has been a very dynamic place to work and, because of our success in the Marcellus Shale, we’ve really transformed our business model to focus on natural gas drilling,” says Gegick, who graduated from the Pennsylvania State University and earned her MBA from Carnegie Mellon University. “From my perspective, the company has evolved throughout my career, and I’ve been fortunate to have  opportunities to do different jobs.”

In a span of 18 years at EQT, Gegick has held several positions on the treasury and finance side and most recently took on a role as corporate director, financial risk. Her job is to direct the corporate credit and financial risk functions, which manage the risks associated with marketing the vast amounts of natural gas to numerous parties. This role is even more critical as the company continues to grow.

Her leadership role extends into the community through her involvement in many organizations, notably as co-chair of the United Way Women’s Leadership Council and co-chair for the United for Women Initiative, which provides  support to women and families who experience a short-term crisis and need support. Gegick also serves on the board of ACHIEVA, a national leader in providing lifelong services to people with disabilities and their families.

“A lot of people think that in order to be a leader, you need to change who you are completely — but I think people need to be authentic and stay true to their values,” says Gegick, who is married with three children. “And if you are presented with an opportunity that’s a bit off the path of what you’ve planned, it’s important to be willing to step up and take it.” 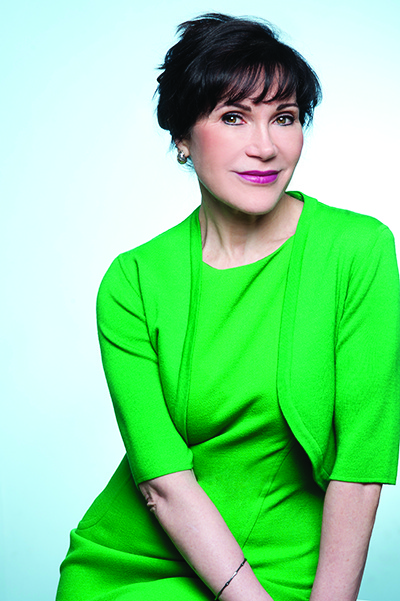 Roxana Barad says the decision to open not one – but two – of her own companies in Pittsburgh stems from her independent nature, her expectation of quality medical care and her desire to integrate her areas of interest in a unique way that would improve the  quality of people’s lives.

“I’ve helped hundreds of people who were legally blind or had  severe vision restriction receive life-changing vision through  cataract surgery, utilizing premium implants that allow them to drive, read, compute and often function without glasses,” says Dr. Barad, who was born in Romania. “It is so gratifying to know that I have been able to give the gift of sight to my ophthalmology patients.”

While she still continues to perform these kinds of procedures, her long-time interest in minimally invasive aesthetic procedures prompted her to open the Aesthetic Skin & Laser Center (ASLC), a full-service medical aesthetics practice dedicated to helping patients improve their appearance and, consequently, their quality of life.

“The ASLC allows me to incorporate my passion for art,” says  Dr. Barad, who completed her residency at Wills Eye Institute in  Philadelphia and fellowship training at Harvard University. “Each face that I see is a 3D canvas on which to create a fresh, rejuvenated image.”

Dr. Barad also emphasizes that her companies have resisted the “assembly-line, institutional approach to health care.” She  personally trains each of her physicians and aestheticians to listen to patients’ needs and use the latest methods and technology.

As an extension of ASLC, Dr. Barad launched a natural skin care line, Francesca – Inspired Skin Care™, which delivers “therapeutic benefits with non-toxic ingredients.” In the marketplace, she had found a lack of effective paraben-free and toxin-free products, which prompted her to create a formula that incorporates healthy ingredients. 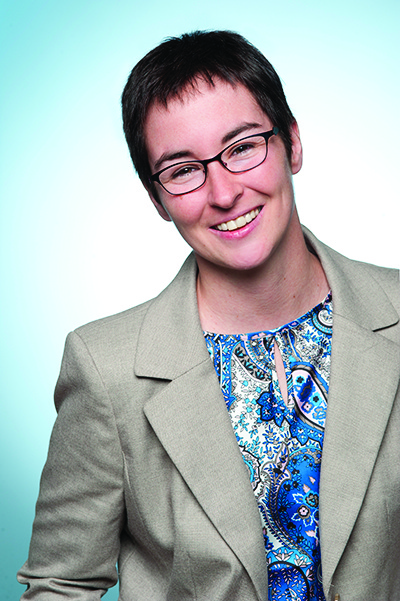 As a young girl in Copenhagen, New York, Maria Wilson was intrigued by  architecture. After graduating from  Syracuse University with a bachelor’s degree in architecture and an MBA from Plymouth State University, she started her career in  architecture in New England area firms including  Burnell Johnson Architects and Haynes and  Garthwaite Architects. She gained invaluable  experience in designing and constructing multifamily housing, elderly care facilities and private residences. She developed a specialty in accessibility-related  issues, a key feature in her future endeavors.

In 2011, her husband’s job prompted the couple to move to Pittsburgh. She worked for Landmarks Design Associates while doing freelance kitchen and bath design in the evenings and on weekends.

“I had been keeping myself busy enough with small projects and saw the potential for something more,” says Wilson, who is married with a son, Owen.

That “something more” translated into Wilson  opening her own practice in January 2013 – Wilson Architecture + Design, a practice that provides a range of residential architectural services, with a  concentration on new homes, renovations and  additions, commercial offices, multifamily housing,  elderly care and assisted living facilities. Another key part of her offerings is a specialized design focus on accessibility. As a certified Aging-in-Place Specialist, Wilson modifies homes for people who have been  affected by a traumatic injury or progressive illness.

Wilson, who is a member of the American Institute of Architects, is having a good year. By the end of April, she already had matched her sales for all of 2013. She currently runs all aspects of her business, from  marketing and business development and design to attending client meetings, conducting site visits and finding qualifying contractors. She hopes to open a small office in the near future.

“You have to think every business decision through,” says Wilson. “Know the consequences, but don’t  compromise what is going to get you to your goal." 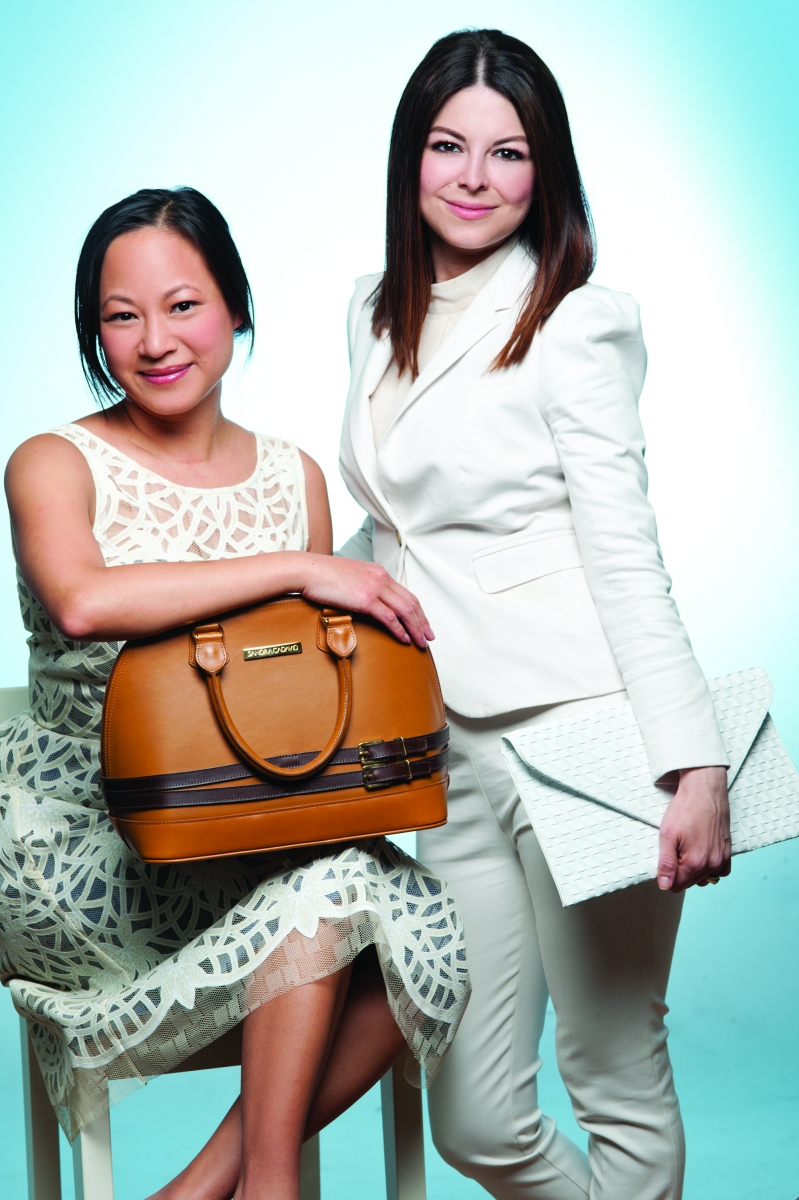 Just three years ago, Sandra Reiman was in school at the University of Pittsburgh's Joseph M. Katz Graduate School of Business, working to obtain her MBA in marketing and strategy, when she decided to take a complete career turn and open a handbag company, which she named Sandra Cadavid. She had experience in designing handbags, wedding gowns and bathing suits for friends and family, but Reiman turned to a small town in her native Colombia, South America for help in constructing her first set of prototypes. Growing up, Reiman’s mother had rented out property to a local shoemaker, who taught Sandra everything about making shoes, igniting her passion for leather at a young age.

“I have this really amazing love of leather, and I learned a lot about it from him,” says Reiman. “There were some great artisans in the area – real masters of their craft – and I never forgot that.”

She found and gathered four Colombian artisans who crafted her prototypes when her big break hit. Reiman was at an awards show in Los Angeles when a television personality, Giuliana Rancic, complimented her handbag and posed for a picture with her, holding the handbag. Only weeks away from the launch, she posted the photo online and received 200 orders within three weeks. The initial order bogged down Reiman and her team, but what shocked her the most was that the  customers were "more than willing to wait."

In 2013, another vital piece of the puzzle fell into place when partner and CEO Yu-Ling Cheng Behr joined the team. Reiman needed marketing help to increase sales, and Behr's previous role as vice president of marketing at the Pittsburgh Symphony brought experience to the table. Her role includes marketing the line, contracting boutiques, obtaining press and managing finances. From the first to second season, sales more than doubled, and the handbags have been carried by various  celebrities (Celine Dion and Jessica Alba) and featured in  several magazines, such as InStyle and Glamour. Behr says that one of their biggest moments was showcasing their line in April at a trunk show at Henri Bendel, a luxury specialty store in  New York City.

A crucial part of their success has been their team of 18 employees in Colombia. Many of them are women who were  abandoned by their families and are in financial need after  losing their husbands to violence. Working at Sandra Cadavid gives them the tools and skills to work with leather products.

In the second season, Sandra Cadavid launched a jewelry line and is looking to add more accessories in the future. Their big goal is to land a major retailer.

“What I love is that we don’t have a set path, but we know what our goals are,” says Behr, who earned her MBA from Wharton Business School in Philadelphia. “It allows us to take risks – and it’s worked out well for us so far.” 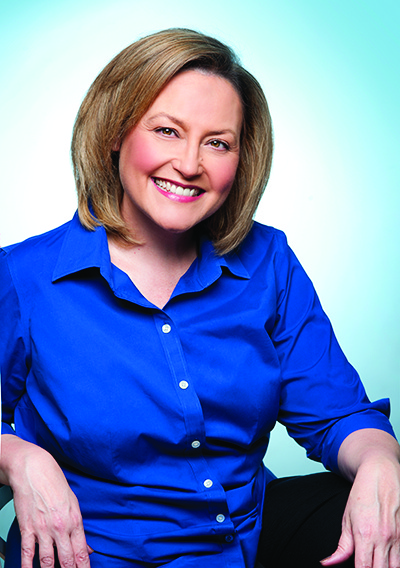 Stacy McMahan has had a range of  extraordinary experiences in her life – she started out herding cattle and driving tractors in rural Oklahoma and ended up in Pittsburgh as chief financial officer of a major public company.

“I had been working my entire career to be a CFO of a global, public company,” says McMahan, who is senior vice president and CFO of MSA Safety. “It’s really my dream job – I love coming to work every day, doing what I’m trained to do. It’s such a great role.”

MSA, which recently celebrated its centennial, is a leading manufacturer of high-quality safety products. McMahan, who earned her master’s degree in  business administration at the Harvard Business School, joined the company less than two years ago after a series of successful and prominent positions at major companies such as Eli Lilly and Company,  Johnson & Johnson and Thermo Fisher Scientific.

At MSA, she is intent on driving performance and capitalizing on opportunities to create value for all stakeholders – including shareholders, employees and MSA’s large customer base that extends into more than 140 countries. Bringing her experience from working  at larger companies, she has established a more formal treasury and investor relations function, restructured the company’s debt and brought in new partners to the company’s bank group. McMahan says that MSA is looking to expand as safety is becoming “more of a headline issue in emerging and developing markets.”

McMahan brings the same drive to her volunteer work. McMahan serves as a deacon at her church and heads the women’s ministry. She also was appointed recently to the board of directors of the Pennsylvania Economy League of Greater Pittsburgh.

“I tend to be a very mission-driven person, so I think it’s really important for women – really anyone – to find the heroism in your work,” says McMahan, who is  married with three daughters. “Leadership is a passion to do great work in people’s lives.”

This article appears in the July 2014 issue of Pittsburgh Magazine.
Categories: Women & Business