Spotlight on Women in Business: July 2010

Illana Diamond never imagined she would be running her father’s company.
The Chicago native earned her undergraduate and MBA degrees from Northwestern University then went on to work in sales and marketing for AT&T and Motorola. She found her way to Pittsburgh when her husband enrolled in a graduate program at Carnegie Mellon University and joined Price Waterhouse’s local office as a strategic consultant.
Her father, Irwin Diamond, founded Sima Products in 1973 in Chicago to patent and market FilmShield, a lead-lined bag for protecting photographic film from airport security X-ray devices. Today, Sima creates and sells consumer electronic accessories, manufacturing accessories for photography, video, home theater, power and home safety in more than 20 countries worldwide. Sima’s nearly 100 products range from USB power adapters and inflatable home theater kits to tripods and emergency alert radios.
Diamond believed that mixing family with business could strain relationships, so she only served on Sima’s board over the years. “I thought, I can always get another job, but I can’t get another father.” Sadly, Diamond’s father passed away just before the birth of the first of her three children. After his passing, she took a leave of absence from Price Waterhouse and moved to Chicago, offering the board help in running—or selling—the company. When her husband received an offer to join the faculty at CMU, the board asked her if she would consider moving the company from Chicago to Pittsburgh. That was 14 years ago.
Since she took the reins, Sima Products has expanded its product and customer base and added First Alert and Cherokee brands to its roster. Privately held Sima doesn’t disclose its sales, but the company has won more than 20 industry awards for innovative engineering and product design, including a Blue Chip Enterprise award from the U.S. Chamber of Commerce. A leader in her industry, Diamond has been elected to the Consumer Electronic Association Board of Industry Leaders and is vice chair of the board for the Consumer Electronics Association Accessories Division. Last year, the Pittsburgh Technology Council selected her as a Tech 50 CEO of the Year finalist.
The Squirrel Hill resident credits her company’s success to new product development. “We’ve learned to fail small and try lots of different things.” Instead of expensive full-blown market research, the company conducts trials among its customers. “Sometimes you have to be willing to let people laugh,” she believes, which helps to foster an environment that encourages the exchange of creative and innovative ideas.
Diamond has a long history of supporting community and nonprofit organizations. She co-founded and served on the board of directors for PowerLink, which provides advisory boards to women-owned businesses. Currently she serves as vice chair of the board of directors for the Pittsburgh Jewish Community Center. 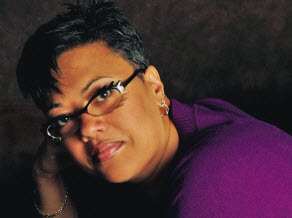 Kirsten Womack is virtually indispensible to her clients. As the owner of a virtual assistant company, she puts “time back into their lives.”
Womack earned her bachelor’s degree in human resources management from Franklin University in Columbus, Ohio. A Cleveland native, she met her husband at a Browns/Steelers party and moved to Turtle Creek six years ago.
After graduating from college, Womack worked as an assistant to a state senator, then joined AT&T in human resources. A downsizing prompted her to start working from home, and soon she feared returning to an office environment. Inspired by a television program on virtual assistants, she decided to take an online course. Achieving Graduate Virtual Assistant status from Virtual Assistance U., she launched her own practice in March 2005.
Eventually, after nearly four years in business, she realized she could not serve all of her clients’ needs, so she hired others to fill the gaps. Her firm now employs six people located throughout the country and Canada. The team provides clients with services including social media, marketing, shopping cart support, blogging, graphic design, article marketing, video distribution and general administration. She also partnered with former client Donna Baxter to launch a second firm, 2 Tech Divas, after the women were frequently approached for technical support.
Womack attributes her success to staying abreast of new technology. “I train on something about once a week.” Her business philosophy: Don’t overpromise or overextend; see things from a different angle; introduce new ideas; be honest; and know your limits. 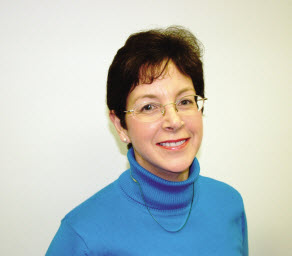 How does someone go from working in the theater to heading a hydrodemolition company? For Beth Newbold it was a natural progression.
The president and owner of Rampart Hydro Services, a firm that provides hydrodemolition services, rubber removal, highway-stripping removal and surface cleaning for contractors and airports throughout the country, Newbold started her career as a theater lighting designer and production manager. Her work eventually led her to the Kennedy Center where the Boston native served as director of facilities.
“Surprisingly, technical theater and construction are very similar,” she explains. “You need to read blueprints.” When the garage at the Kennedy Center was in need of repair, she was tapped to help select an approach. The decision was made to use hydrodemolition because no vibration would be felt in the theaters. Rampart was selected as the contractor.
Eventually, Newbold left the Kennedy Center to join Rampart’s parent company, based in Coraopolis, as a construction manager in their Washington D.C. office. In 1998, the company was preparing to divest some of its assets, and Newbold had the opportunity to buy the company. She successfully closed the deal and moved to Pittsburgh. She and her husband, a division manager with whom she worked on the Kennedy Center project, now run the operation together. The company has $12 million in revenue and 45 employees, and Newbold plans to continue to grow and strengthen the company.
Newbold serves as president of PowerLink and is a mentor at the Katz School of Business Entrepreneurial Fellows Program. She also sits on the board of the City Theatre and Global Pittsburgh. 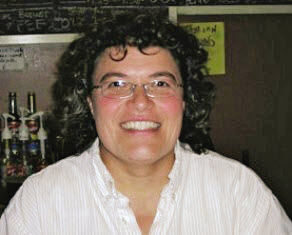 Café owner sells community with coffee on the side

Amy Enrico swore she would never own her own business. She knew first-hand how hard it was because she had grown up in her family’s bakery.
So the Jeannette native earned a degree in neuroscience from the University of Pittsburgh and then worked as a research specialist/laboratory manager in the department of infectious diseases and microbiology. She was approached by colleagues to join them in starting a clinical trial company, and she cofounded Novum CRC Inc. Her work with the company through the 1990s took her frequently to Seattle where she became enamored of the coffee shop culture. When she found herself back home in Highland Park she would seek out some of the city’s coffee shop landmarks, like The Beehive on the South Side and La Prima in the Strip District.
One day she was walking her dog and saw a building up for sale on Highland Avenue, which eventually would become the home of her own coffee shop, Enrico’s Tazza D’Oro Café and Espresso Bar. In her travels she spent time trying to find a coffee roaster and immersed herself in the business, spending two years writing her business plan. She opened the shop in 1999 and says the early days were scary—sometimes the first customer wasn’t seen until noon. Today the shop serves 400 to 500 customers a day and a second location has opened at Carnegie Mellon University.
“Very little of what we do has to do with coffee. We sell community and connection that center around a cup of coffee.” She is passionate about her community and how redevelopment can improve the quality of life. To that end, she is working on the redevelopment of Bryant Street and has been a business enterprise coordinator for East Liberty Development Inc., helping other business owners to navigate the “learning curve.”

This article appears in the July 2010 issue of Pittsburgh Magazine.
Categories: Women & Business