Spotlight on Women in Business: February 2013 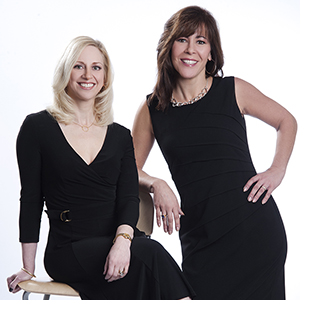 In the world of beer, men have a strong foothold. But Pittsburghers Linda Nyman and Sandra Cindrich have shattered that image with their acquisition of the Pennsylvania Brewing Company in 2009.

Nyman calls the move to buy the company “temporary insanity” but the mother of two found the idea appealing because of the opportunity to work in an industry that she had pursued her entire career – consumer packaged goods.

“It was great opportunity to get involved in craft beer and revive a Pittsburgh icon,” says Cindrich, a mother of two.

Once taking over, Nyman and Cindrich (along with their partner, Cory Little) brought all brewery operations back to Pittsburgh and re-opened the brewery restaurant. As Pittsburgh’s oldest brewery, Penn Brewery produces German-style craft beers, while the restaurant serves “Euro-Pittsburgh” fare.

Nyman, who has an MBA in marketing, spent her entire career in the marketing field, splitting her time between brand management and promotional marketing. As marketing director at Penn Brewery, Nyman studies the company’s target audience to get inside the consumer’s head.

“Most people in brand management will tell you the biggest dream for their career would be owning their own brand,” says Nyman. “You don’t get that opportunity very often.”

With a master’s degree in information science and business administration, Cindrich oversees day-to-day operations at the brewery and restaurant. When she’s not working with the brewers or forecasting sales, she helps develop new and original beer styles, which has evolved into at least 16 different styles.

“We get to be creative in the beer styles and hear what people are asking for,” says Cindrich. “As the craft beer consumer becomes more knowledgeable, we have to change with that in order to stay viable.”

Penn Brewery sells in eight states, but the owners are looking to expand their footprint geographically.

“Experiencing this growth and owning my own brand has been a thrill for me,” says Nyman. “When I see my product on the shelf, nothing beats that.” 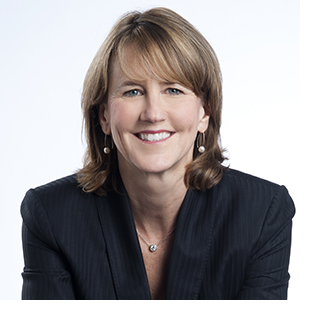 As a graduate of Queen’s University at Kingston, Ontario, Maura Clark was working in financial services in Canada when she was approached by a headhunter looking for a CFO for a fledgling energy company. They needed someone “with a strategic bent” and who would be comfortable in a challenging, growth-oriented and capital constrained business. Clark fit the bill and headed to the United States, where her career in the energy industry took off, and, eventually tapped her as president of Direct Energy Business.

“My father owned his own business, so I learned a lot about what it takes to run a successful business – taking risks, commitment, building a great team and taking care of your people,” says Clark, who became CEO in 2007. Four years later, the Pittsburgh Business Times named Direct Energy as one of the “Best Places to Work.”

Top and bottom line growth has doubled every year since Clark joined the company. She was also responsible for the company’s mergers and acquisitions activity across North America and for making Direct Energy one of North America’s largest energy and energy-related services providers with more than six million customers.

“At the heart of our success is an incredibly committed and engaged team and that is what has made a difference for us,” says Clark, the only woman president of a Pittsburgh-based energy company.

Clark also understands the importance of supporting the community. Under her leadership, Direct Energy will invest $2.5 million over the next few years in nonprofit organizations, while her employees clocked more than 1,400 hours of volunteer time in 2011. She also spurred a partnership with the Alliance to Save Energy’s Green Schools program, which has successfully cut electricity costs for 16 Pennsylvania schools. Clark and Direct Energy are firm believers in supporting the communities “in which we live and work.” 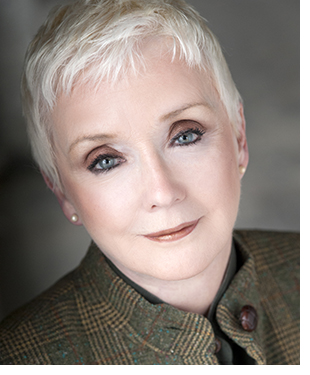 Mary Grace Musuneggi was a language arts teacher with a 9-month-old baby when her husband passed away. In desperate need of flexibility and income, she decided to start her own business, The Musuneggi Financial Group, a financial services group that helps individuals and small companies reach their financial goals. More than 35 years later, the company is thriving and her son, Christopher, has now grown up to be a vice president with her firm.

“It’s been rewarding building a successful business where my family is an integral part of the company,” says Musuneggi. “We’re also very proud of the work we do in the community with our outreach program; our greatest satisfaction is seeing our clients reach their goals.”

The outreach program, Single Steps Strategies, is a life planning service that empowers women (single, widowed or divorced) to take control of their lives by providing education, information, seminars and coaching. Having been a young widow and single parent, Musuneggi uses her experiences to support women who are facing, or will face, similar issues in the future. Musuneggi, who was selected as one of the “50 Best Women in Business” by the Commonwealth of Pennsylvania, has led the way for women in the financial world.

“Focus and persevere,” Musuneggi advises other women. “Too many women get distracted or easily disillusioned if success does not come quickly. I am where I am today because I focused on a goal and keep working towards it.” 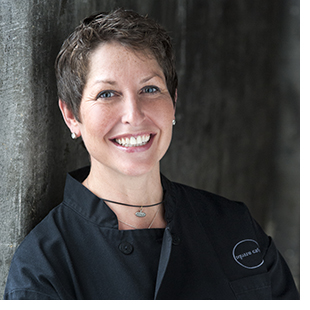 Over a decade ago, Sherree Goldstein was working at Gateway Rehabilitation Center when she developed a “pipe dream” to own a “culturally impressive” café selling great coffee and pastries. Ten years later, Square Cafe has become a community cornerstone in Regent Square that welcomes a widely diverse clientele for breakfast and lunch.

Growing up, Goldstein’s family owned a furniture manufacturing business, where her entrepreneurial spirit was born.

“It’s interesting because people get very afraid and live this dream in their head and never do anything about it,” says Goldstein, a mother and Mount Lebanon native. “I think growing up in family business, I wasn’t afraid. Failure was never an option.”

Once Goldstein left her job at the rehab center, she jumped into 15-hour days at the café with very little money. In fact, Goldstein says that the first five or six years still felt like startup. But her passion for her job has pushed Square Cafe to its 10th anniversary, no small feat in the restaurant industry.

“You have to think through the long-term effects of it,” says Goldstein, a Penn State University graduate. “It’s like raising your child – if you want your restaurant to be a certain way, you have to model that for all of your employees and be active in it.”

Square Cafe was the only restaurant nominated and named as one of Pittsburgh Business Times’ “Best Places to Work.” Goldstein and Square Cafe also support POWER, Pittsburgh AIDS Task Force, Susan G. Komen For the Cure® and more.

“We may look like a small establishment, but I love that we’re a viable piece of the community,” says Goldstein, who has 30 employees. “We’re helping people make a living and giving them a chance to step up and be a little better than they were before they got here.” 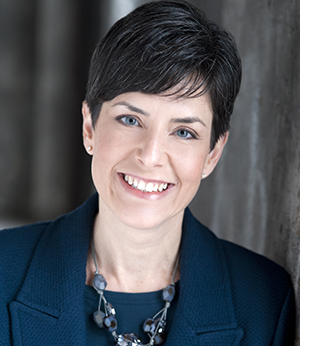 After years of parking her car in garages downtown, Stacia Christman wished that someone could wash her car for her while she worked. This simple observation evolved into Easy Auto Wash, a waterless car wash business that Christman opened in 2011.

“Many women say that when their children turn one or two, they get this burst of creativity … but I think it’s more of a sleep deprivation thing,” says Christman, who has a 3-year-old son, Will. “I just wanted the service to be available to me, and no one was providing it, so I thought I could start it up myself.”

As a graduate of Ohio University and Vermont Law School, Christman parlayed her environmental law degree into a position with a law firm 10 years ago. She works full time as an environmental lawyer in addition to running Easy Auto Wash.

Still, her environmental background drove her to create a virtual, waterless car wash that was both environmentally friendly and effective. Her crew members use elbow grease to clean the exterior of customers’ cars, with an emphasis on customer service.

The support of the business community and loyal customers has Christman thinking big. She hopes to work with the Pittsburgh International Airport and Pittsburgh Parking Authority to expand her services, which are currently available in more than 18,000 parking spaces and 34 lots and garages.

“The biggest blessing and curse was that I had no idea what starting a business would involve,” says Christman, who also provides pro bono legal services. “As a lawyer, it’s my job to look for the potential risks, and sometimes that viewpoint can stifle business development – sort of paralysis by analysis. But I had to learn to be a business person and just go for it.”

This article appears in the February 2013 issue of Pittsburgh Magazine.
Categories: Women & Business