Spotlight on Women in Business: February 2012 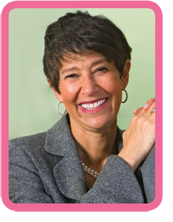 You can find him everywhere imaginable: TV, billboards, radio spots. He’s Edgar Snyder, the well-known attorney who educates the public about injury law in his advertising messages. And he can thank his wife, Sandy Snyder, for helping him find success. Leading the firm’s marketing efforts for 30 years, Sandy has been credited with making her husband one of the most recognizable injury lawyers in the state.

Yet her entry into the field was a bit unconventional: The “born and bred” Pittsburgher was working as a high school biology and science teacher for the Pittsburgh Public Schools when she decided that it was time for a career change. Always intrigued by marketing, the field she viewed as exciting and creative, she enrolled in night classes at her alma mater, the University of Pittsburgh, in order to earn her MBA. Sandy then spent a few years working at her freelance business, Unique Marketing Services, and eventually, decided to lend a hand at her husband’s firm.

Once she started an aggressive advertising campaign, the firm began to grow. A key to continually achieving success, she says, is to keep the message consistent, occasionally making small changes but leaving the underlying theme intact. Edgar, who is very receptive to good marketing strategy, went from having a presence in print to TV—to the Internet in the late ‘90s, she remembers.

“Basically, you have to be everywhere in order to be successful as a brand,” says Sandy.

Staying on top of trends and advances (social media, mobile websites, text to call) is time-consuming, so Sandy, 63, reads a lot, receives input from her “very talented” staff and enjoys that each day brings something new.

While some may be leery about working with their spouse, Sandy describes them as “two pieces of a puzzle”: Edgar, the extrovert, and Sandy, the behind-the-scenes type. She also feels that there are perks to working together—for one, she knows him better than anyone and is aware of his strengths and character; thus, she can properly write his scripts, ensuring that he’s going to recite statements in a tone that’s fitting for his personality.

For respite, they’ll go on vacation to such locales as Australia and Israel as well as California (to visit their daughter) and Florida (to warm up during Pittsburgh’s frigid winters).

As a couple, Sandy and Edgar feel it’s extremely important to give back and educate the community. They are co-chairing the Jewish Federation of Greater Pittsburgh’s centennial celebration this year.

Additionally, Sandy and Edgar are the driving forces behind the law firm’s efforts to prevent drunk driving. This is important to both of them because the firm works with many people who have been the victims of alcohol-related accidents. So they sponsor school programs, a scholarship contest and a New Year’s “Take a Cab” program. They also invest in TV, billboard and social media campaigns to encourage people to stay “Safe and Sober.”

Her accomplishments certainly haven’t gone without notice: She was honored at the sixth annual Women of Achievement Awards from Celebrate & Share, and she received the 2007 Outstanding Achievement in Media award from the Media Association of Pittsburgh, calling attention to her contributions to legal marketing. Above all, though, she’s most passionate about assisting Pittsburgh’s youth, especially those emerging in her field.

“Being able to mentor younger people, watch them grow and learn—and learn from them—is especially rewarding.” 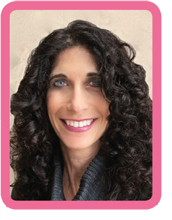 Terri Sokoloff, 47, made her entry into real estate after her husband, Ned, encouraged her to obtain her license and jump-start a career. Fresh out of school and recently married, the University of Pittsburgh grad did just that and soon became an entrepreneur, operating a “one-stop shop” with her husband that aids people who are either entering or exiting the restaurant and bar industry.

During her first endeavor—showing a couple a bar that was for sale—it all seemed easy until the pair expressed interest in purchasing the bar. At that point, she was hooked on selling businesses but realized that her new role was complex—and that buying (or selling) an establishment was a very complicated process, which required her to learn and become experienced in multiple transactional areas.

“I have learned what to focus on and how to work through any obstacles to produce the best results,” she says.

While the daily grind can be difficult, Sokoloff feels it’s best to infuse a little humor when appropriate—just to lighten up the mood. The self-confessed lifelong learner admits that she “has a wall of paper,” referring to her various certificates and degrees that are on display. But her words of advice are consistent: work hard, enjoy what you do and take pride in your work.

Outside of the office, she’s an active member of professional organizations such as Commercial Real Estate Women (CREW) because she feels it’s important to “get involved in related activities that enable you to meet people in your industry.” 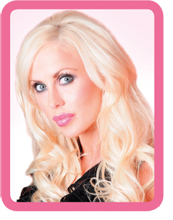 Beauty may be in the eye of the beholder, but even the most attractive people may seek help maintaining their looks, which is where Tiffany Fluhme and her team come in. She launched Fluhme Inc., a direct-sales beauty company, in 2009. This came after she sold her own cosmetics line while working as a physician assistant, a career that gave her “the platform and means” to further her involvement in the cosmetics industry.

For Fluhme, 31, taking a leap of faith seemed like a no-brainer: She had always been interested in cosmetics (thanks to her makeup artist mom)—plus, she possessed the right amount of confidence and drive (due to modeling for several years), and had help from her husband and business partner, Dr. Derrick Fluhme.

Fluhme Inc. employs roughly 250 beauty artists, who primarily sell the high-quality products at home parties. And while the company has countless competitors, it stands out for several reasons—one being that Fluhme plans to launch a “beauty bar” this year in the South Hills; the bar will offer such services as eyelash extensions and spray tans, and will be open to the public—but will also offer consultants, customers and party hosts the chance to network.
On top of aiming to please customers, the company gives back. “Children with serious illnesses have always tugged at my heartstrings as far back as I can remember,” Fluhme says, referring to the reason she created the Fluhme Foundation in 2009, which has helped five children with various debilitating illnesses.

Though the foundation was in the works for years, Fluhme admits that being a mom “has fueled [her] desire to touch the lives of these children and their families exponentially.” 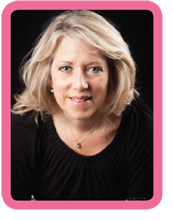 As a parent, Sheri Powell took note of all the delicious goodies that parents sent in to the preschool where she worked part-time. She drew inspiration from the treats and began experimenting with chocolate-covered pretzels. Powell then moved on to work at Soergel Orchards—eventually landing a job in the farm market, which further increased her interest in gourmet foods and gifts. Fast-forwarding several years, Powell established Pretzel Crazy in 2009, using the rave reviews she collected over the years about her decadent creations and the knowledge she gained from working at various gourmet gift companies.

In an effort to build awareness of her products, Powell, 55, and her daughter (just one of several family members who lend a hand regularly) made numerous appearances at local craft shows, offering samples of some of their top creations to large crowds. In time, business picked up for Powell and her clan of helpers, who worked especially hard during the Christmas and Easter holidays as well as certain peak wedding times.

The products often spark conversation—like the Bonkers Over Bacon (Powell’s personal favorite), which features a freshly baked pretzel dipped in caramel then coated in a mixture of bacon and dark chocolate. While Pretzel Crazy remains a small operation, Powell gladly considers all suggestions she receives from loyal patrons—in fact, she’s hoping to unroll a savory line this year in addition to increasing the availability of the most popular of her temporary items.

Powell, a native Philadelphian, is pleased with the progress she’s made on several fronts.

“I enjoy working for myself,” she says, “but more importantly, Pretzel Crazy has enabled me to aid many different charitable organizations that I would not have been able to help otherwise.”

This article appears in the February 2012 issue of Pittsburgh Magazine.
Categories: Women & Business