Spotlight on Women in Business: April 2010

Diane Richard’s beat is speaking for the city police.

In times of great joy and in times of great tragedy, Diane Richard, public information officer and spokesperson for the Pittsburgh Bureau of Police, is often the one delivering the news.
The East Liberty native graduated from the University of Pittsburgh with a degree in communications then joined the Pittsburgh Bureau of Police as a police officer in 1977. As one of the first women to join the force, she faced many challenges. “Men didn’t think women could do the job, and quite frankly they didn’t want women on the job. We had to do a lot to earn respect, but as the years went on, it was evident that female officers proved to be a great asset to the police force.”
After serving nearly seven years, she followed her then-husband to Michigan where she launched a successful public relations career, working at General Motors/EDS, then Marriott, before taking a position with a company that took her to Miami, where she represented groups in Central and South America and Europe.
She came to Pittsburgh to visit family and learned that the Bureau’s public information
officer was leaving, so she decided to apply for the job. Her experience as a police officer coupled with her PR background made her uniquely qualified for the position, one she’s held for the past three years.
“Although often challenging, my position provides me with the unique opportunity to
represent the Bureau of Police and Chief Harper. My direct interface with people on many levels affords me the opportunity to provide insight on the proactive aspects of the Bureau of Police.”
Her work as public information officer is about much more than on-camera interviews, press releases and press conferences, Richard explains. It is a science of effective promotion and communication. To hone her skills, she is a strong proponent of training. She is a member of the NIOA (National Information Officers Association) and has attended PIO training courses offered by the FBI and other local, state and federal agencies.
“One of the many ways to be effective in this position is to foster great working relationships with the local media providing clear and factual information in a timely manner.”
Equally important and rewarding, she says, is promoting the officers and the specialty units of the Bureau of Police by showcasing the professionalism, dedication and training that is required to safeguard the community. “It’s important for people to know that police officers are part of the fabric of the communities they serve.”
To that end, she writes, produces and hosts a television program, “Street Beat Pittsburgh,” which airs on city cable channel 13 at 9 a.m. and 4 p.m. She also works on several youth and community programs with her fellow officers. “These are good, decent and caring men and women and I am honored to work among them.”
What she likes most about her job is interacting with people and reporting on how situations influence the human element based on varied life styles and conditions.
“Maintaining a professional, non-objective and empathetic demeanor in quality of life situations has a tendency to impact the heart. Reporting on the tragic loss of our three officers in the line of duty last year cut very deep. That was a time when I had to lean on my faith in God to pull me through.” 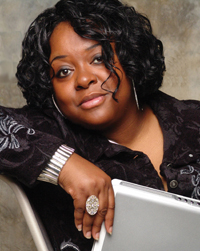 Website empowers the community by creating a powerful online resource.

When Donna Baxter left her hometown of Johnstown to study communications and media at the University of Pittsburgh, “I thought I landed in New York City and I fell in love.”
One of the things she loves is that the city offers more activities, groups and churches for minorities. Around the same time, the Bloomfield resident fell in love with something else–the Internet.
“Get online to get left behind” is something the web site designer and former rap artists tells her friends and clients, and also is the title of her first book. Baxter went on to earn a master’s in instructional technology from AIU online, then decided to develop a website that would showcase Pittsburgh, its diversity, and all it had to offer for the minority community.
She launched TheSoulPitt.com from her apartment in 2002 to serve as a resource and central point of information. In the early days she collected fliers to post information to the site and attended events to collect e-mail addresses. Now what was once a grassroots effort, clocks 450,000 page views per month, an e-mail list of more than 7,000 and annual revenues have continued to increase.
“I took a bit of everything I like and put it on the site. It is expressive, creative and educational.” The Soul Pitt has won many awards and earned Baxter a spot among Pittsburgh magazine’s 40 Under 40, but she’s not resting on her laurels. A quarterly magazine of the same name that will showcase arts and entertainment in the minority community is set to launch this month. Baxter (along with Terina Hicks) also hosts a radio program, Soul Pitt Xtra, which airs four times per week on WGBN-AM 1150, and the program is syndicated on Internet radio channel
partners radiomagicpittsburgh.com and 101theblaze.com. 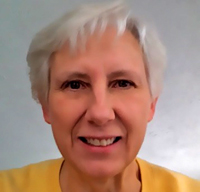 On the information superhighway, Joyce Query is a highly skilled driver steering toward a collaborative, knowledge-based economy.
Founder and president of i-Squared Inc., an enterprise content management firm, she helps clients to design and leverage information in an effort to lower costs, eliminate duplication, improve search capabilities and automate reporting.
Query earned a degree in English from the University of Pittsburgh, then later chose to be a stay-at-home mom. After her children started school, she headed back to the classroom herself, studying technical writing at Carnegie Mellon University. She worked as a technical writer for a large financial institution, but found that she wasn’t fitting well with the corporate culture. She searched for a new position and when a company made her an offer, she proposed taking on the work as a consultant.
With her first client secured, she launched i-Squared in 1989. By 1995, the company built its first portal. After landing a sizable project for a large company, she realized the project was much more involved, requiring reporting and content management. Query she saw the opportunity to connect the dots and with innovation and ingenuity grew her business to include document flow management, cataloguing, extracting and more–skills that she says came naturally. Now i-Squared has grown to 22 employees with annual revenue of
$2 million.
Her key to success is: “Not one thing. It’s 100 things.” On her short list for entrepreneurial success: vision, drive, perseverance, a positive outlook, confidence, innovation, willingness to change and family support. Query also is active in many organizations including the Women Presidents Organization, PowerLink, Allegheny County’s Advisory Board for Minority and Women Business, and she serves on the advisory board for the Master’s in Information Technology programs at Chatham and Duquesne Universities. 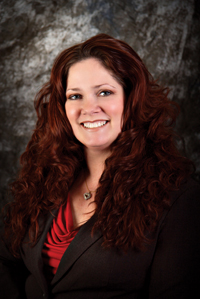 When the youngest of Galadriel Strauser’s seven children started kindergarten, the stay-at-home mom and self-described type-A personality started
looking for something to do.
A native of Harmony, she worked for many years as an administrative assistant before marrying, moving to her
husband’s hometown of Uniontown and starting a family. She knew a traditional workplace was not the answer–she needed more flexibility.
“I had been ‘large and in charge’ for a long time,” explains the busy mom who also ran a slew of volunteer projects. “I didn’t know how not to be in charge and I knew I wouldn’t fit back into an office environment.” So Strausser decided to go to school, and enrolled at Penn State in 2006.
Still, she didn’t think of herself as an entrepreneur. But when a business plan she and a partner developed for a small business course began to consume her, she worked with advisers to turn it from a hypothetical assignment to a real-world business and launched Just Simply Clean in October 2008.
Her business plan won honors from Penn State’s CETES program and also Seton Hill’s E-Magnify Write Idea Business Plan Competition. At first she saw the company as a job she could do, but just a few months into her enterprise, she realized it was much larger.
By March 2009 she already had turned a profit and took office space in June. At the end of her first year she had generated more than $100,000 in sales. Currently she employs 12 others, but that number increases seasonally.
Her goal is to grow into a multi-location franchise. She credits her success to believing in her idea. “This is not about emptying garbage cans and mopping floors, I become partners with the businesses I serve and help to create an over-all image for their company.”

This article appears in the April 2010 issue of Pittsburgh Magazine.
Categories: Women & Business